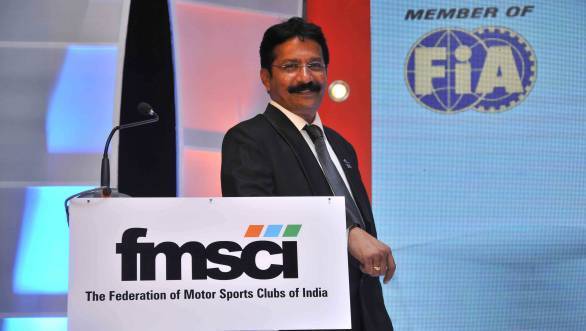 Over the years, Bharath Raj had been an essential cog in the country's motorsport  wheel, supporting the sport in a big way. Other than sponsoring motorsport events with his mining company IMG, Raj was also involved closely in organising events like the K1000 Rally in Bangalore. In fact that Indian Rally Championship was also sponsored by IMG Sports between 2008 and 2010.

A president with a personal touch and a rather hands-on approach, Raj will always be remembered for small gestures that he made, that went a long way and extended beyond just funding and organising motorsport events - like being present to welcome a returning motorsport hero at the airport, something he took great pleasure in. He will be missed dearly by the motorsport community.

Bharath Raj is survived by his wife.