This year's FIA Asia Cup and FMSCI Indian Rally Championship are all set to conclude at Chikmagalur this weekend at the Coffee Day India Rally 2015. The event will start at the Amber Valley School grounds with a Super Special Stage on Friday, December 10, 2015 and will continue outside town for the special stages that will be held on Saturday and Sunday.

This 180km long Asia Cup Rally, which is also being considered for a spot on the 2016 Asia Pacific Rally Championship calender, will host eight entries this time. The title for this championship was won by Hitoshi Takayama from Japan with one round to spare, giving him the luxury of skipping this round. 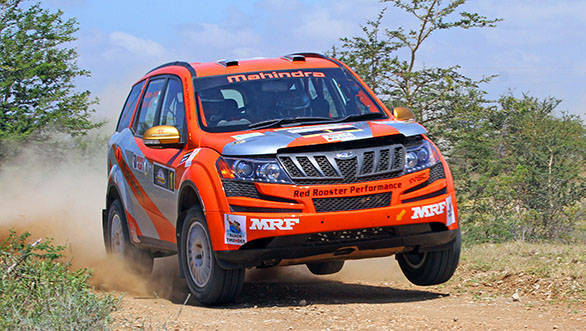 Leading the scoreboard in the Indian Rally Championship is Lohitt Urs and Srikanth Gowda with 95 points, followed by Team Mahindra Adventure's Amittrajit Ghosh and Ashwin Naik with 72 points. In third, is Arjun Rao Aroor and Satish Rajagopal with 64 points, followed by Gaurav Gill and Musa Sherif from Team Mahindra Adventure, who are out of the fight for the title this time with just 52 points.

Rahul Kanthraj and Vivek Bhatt of Team Yokohama are all set to clinch the IRC 2000cc category title this year. Their clean sweep of the first three rounds puts them 34 points ahead of Hyderabad's Sumit Panjabi.

In the IRC 1600cc class, Dr Bikku Babu from Kerala is on top with 87 points, followed by Team Yokohama's Karna Kadur and Aroor Vikram Rao who have scored 70 and 60 points, respectively. In the FMSCI 1600 Cup however, the competition is much closer with Ashwin Reddy leading at 87 points and Druva Chandrasekhar at second with 83.