The Time Speed Distance Rally has come a long way in India, various events take place every year and it was high time the FMSCI decided to start a championship.

With talented drivers and navigators as well as teams from around the country taking part, the championship proved to be as successful one. 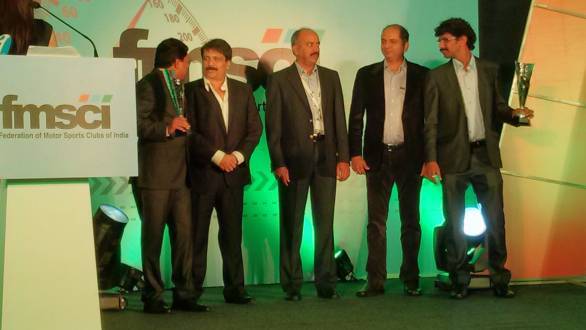 There were two categories namely, Pro Expert and Pro Stock. The Pro Expert class allows teams and drivers to modify their vehicles while the stock category as the name says, is only for competitors taking part in stock machines. The latter saw a number of first time entries and this only means interesting TSD rallying is growing very year.

In the Pro stock category, rally driver Chidananda Murthy who has also taken part in the INRC claimed the title and was  honoured at the awards ceremony. Meanwhile, the navigator who plays a very important role especially in a TSD rally was also awarded. In the Pro Stock class, Sujith Kumar finished the season with the highest points and as a result claimed the title.