It goes without saying that the Bajaj Dominar 400 has been one of the most eagerly awaited motorcycles in India for years. Well, we've finally ridden the motorcycle and you can read all about it here. This article is just a quick recap of some of the good features and attributes of the latest Bajaj and a few things we wish were better. Let's start with the good stuff, aside from the incredible Rs 1.36 lakh ex-Delhi starting price, of course. 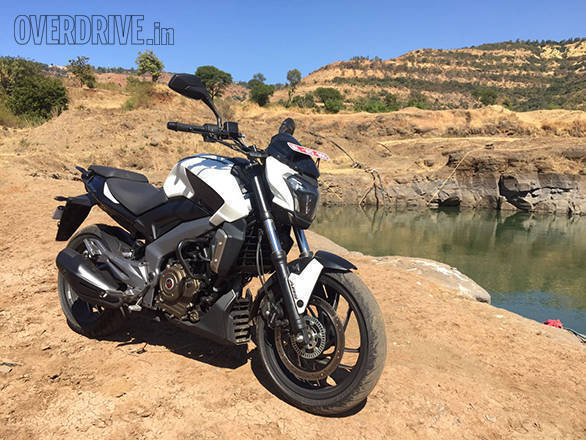 The Dominar is a handsome machine and it does so without resorting to fussy details or unnecessary overstyling. The motorcycle cuts a smart silhouette but doesn't look large or flabby in person. The new digital dial is smart and easy to read as well. The Dominar is one of the best-looking bikes Bajaj makes today, and it also has good street presence. We just wish there was a more exciting colour choice. All in good time, we suppose. 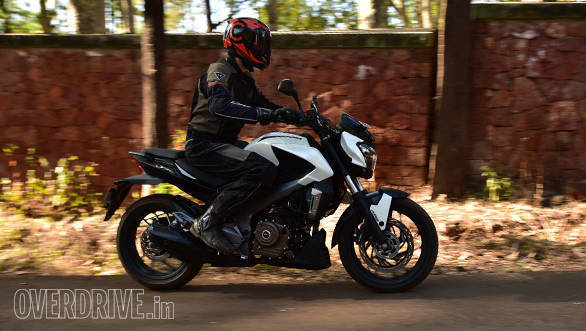 A big priority for Bajaj with the Dominar was to ensure that it is easy to use in the real world. The bike is pleasantly nimble while filtering through traffic, and despite the power cruiser look, it's not a handful in the city. Additionally, heat management is excellent and the bike doesn't get uncomfortably hot, even in a traffic jam. Finally, there's none of the characteristic low-speed lurching from the KTMs - the Dominar is smooth and tractable at crawling speeds. 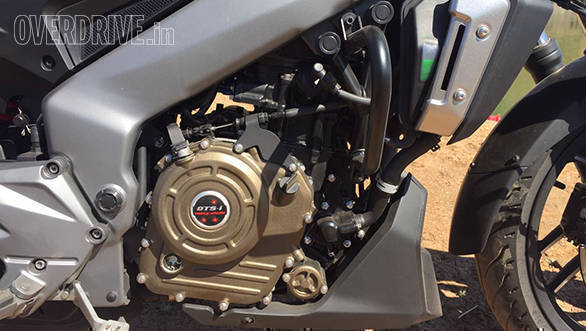 The Dominar engine is based on the KTM 390's unit, and while there is a '400cc' stamping on the engine case, the reality is that it displaces the same 373.2cc. The head, however, is a different Bajaj design with three spark plugs and a single overhead cam. On the road, the Dominar feels like a completely different motorcycle. The redline is low, just above 9,000rpm and there's no point revving the engine so high. The sweet spot lies between 3,000rpm and 7,000rpm. Power delivery is smooth and friendly and will be widely appreciated by the target audience who were otherwise turned off by the KTM's aggression. 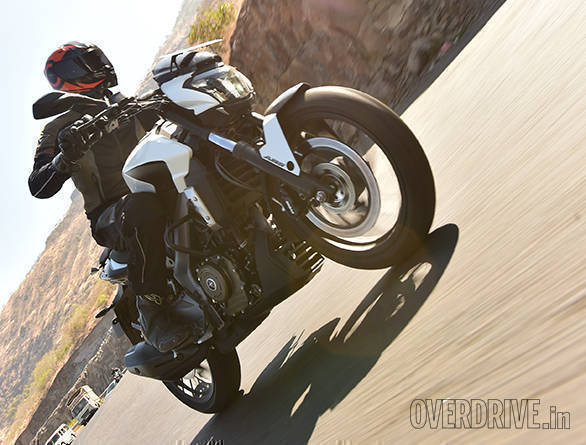 The Dominar handles with a confidence and eagerness that belies its power cruiser tag and heft kerb weight. The motorcycle is willing to change direction without having to fight the handlebars. Stability is good when leaned over even if the bike encounters some unexpected bumps. Bajaj also took a good decision of positioning the footpegs slightly rear-set instead of the traditional forward stance on a cruiser. This makes it easier to stand on the pegs on broken roads and also liberates a good amount of cornering clearance. The inclusion of a slipper clutch is a nice bonus that smooths out aggressive downshifts. 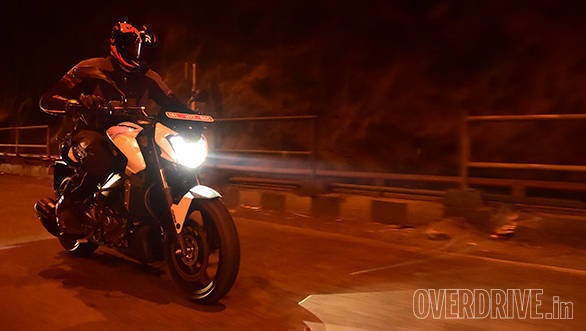 Finally, you're going to love that new full-LED headlamp. We had just a short experience in a tunnel, but this is easily the most powerful headlamp on any machine at this price point and better than a lot of big bikes as well. There is a fiddly four-step operation with two different switches that control the light, one on each side of the handlebar but there's no discounting that this light is a tremendous feature.

And now we'll discuss the things that could have been better 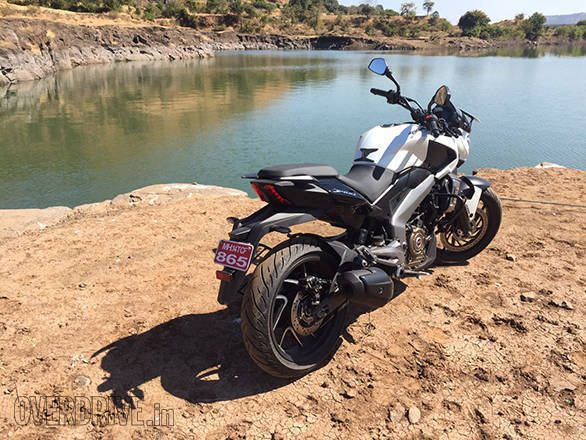 To be honest, the other two negatives here are fairly minor. When I was thinking of the points for this story, this was the one downside that immediately popped up. The Dominar engine develops a minor buzz in the handlebar at around 4,500rpm. This increases as the revs rise while the pegs and seat pan/fuel tank simultaneously begin to vibrate as well. These vibes are not bad enough to be a complete deal-breaker, but they prevent the Dominar from being the exceptional highway cruiser it deserves to be, as the engine can quite comfortably hold 110-120kmph. 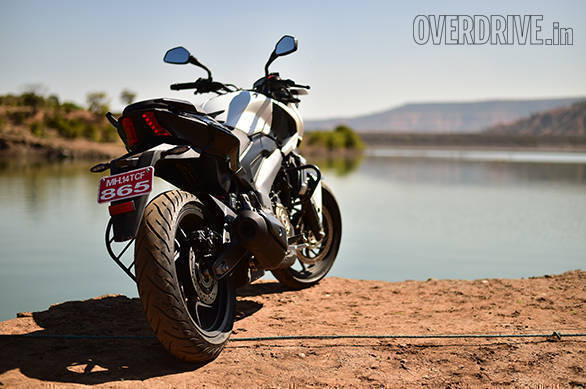 182kg is a lot of weight. That's the same as a Royal Enfield Himalayan and only eight less than the Classic 500. For some perspective, the 390 Duke weighs 36kg less. Of course, Bajaj's point is understandable - lighter materials that meet the strength requirements cost more money and the Dominar is all about amazing value. The good news is the weight is masked well, and you only really feel it while lifting the bike off the stand. Still, weight blunts performance and increases fuel consumption. We don't like weight.

Not available everywhere just yet

This is an issue for a short while, but you can't just walk into a Bajaj showroom and buy a Dominar. As of now, only 22 outlets retail the bike nationwide, but that number is said to grow soon. The reason is there's a fresh service package required for this bike, and it will take time for that training and infrastructure to reach a large number of showrooms. For now, here's a grainy picture from the media presentation of where you can buy the bike. 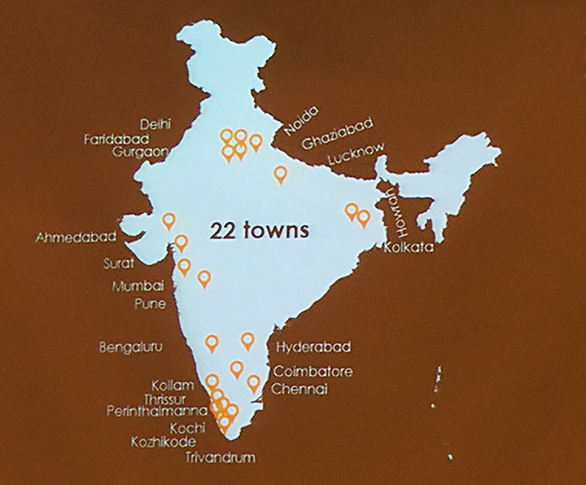 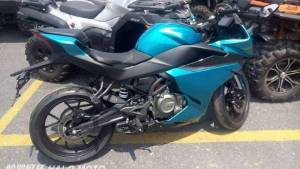 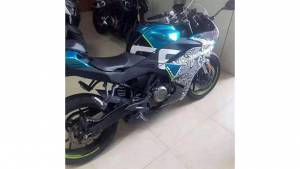 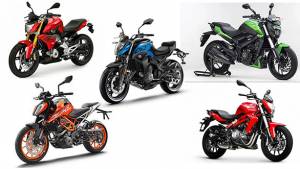