After the successful running of the first ever TSD National Rally Championship last year, the FMSCI announced the second edition of the championship that will kick off in Nashik on the 28th and 29th of November. The Express Inn Rally of Nashik 2013 is organised by the Western India Sports Association (WISA) and is an annual event that the WISA hosts every single year. This year, of course, it has National Championship status and is also the season opening round of the TSD Rally Championship. And OVERDRIVE is proud to be tied up with not just this event, but the entire championship as a whole. The ceremonial start of the rally will take place on the 27th of September, 2013 at Express Inn, Nashik. The rally will officially start at 8am on the 28th of September, while publication of results and the prize distribution will take place on the 29th of September, 2013. Now, the TSD National Championship 2013 will feature two categories - pro and stock classes. Competitors in the pro category are allowed to use aids such as Trippy, Terratrip or TSDmeter. However competitors in the Stock Category aren't allowed anything other than a programmable calculator.

Another interesting feature of the Express Inn Rally of Maharashtra is that the national championship event and a local edition of the rally are being held simultaneously. While the National event runs for a total competitive distance of approximately 200 km, the local event (that features both 4-wheelers and 2-wheelers) will run for 100 km. Entry fee for the National event is Rs 20,000, with a total prize money of more than Rs 2 lakh. Entering the local event, however, is easier on the pocket - Rs 3000 for the 4-wheeler category, and Rs 1500 for the 2-wheeler category.

As of now, 2012 TSD National Champions Satish Gopalakrishnan and Savera D'Souza have already confirmed their participation in the event. Other competitors that we already know will take part in the championship are Ganesh Moorthy and T Nagarajan, Abhijit Pai and M Chandramouli, as well as Suraj Deshmukh and Samir Malwade. Of course, the official entry list, which we're sure will have a fair number of participants, will only be released on the 26th of September, 2013. It will be particularly interesting to see if the reigning champions, Gopalakrishnan and D'Souza can retain their championship this year as well. 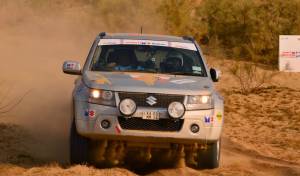 Desert Storm through the eyes of a competitor 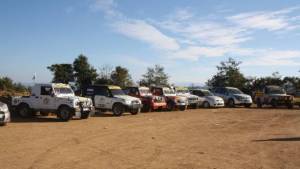 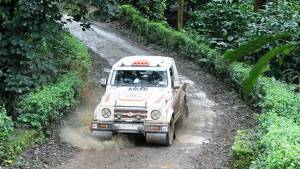