The 2018-2019 season of Formula E, the fifth season of the series, has been one of the ups and downs for the Mahindra Racing team. The Indian team, and driver Jerome D'Ambrosio, have, at various points in the season, been at the head of the teams' and drivers' championship standings respectively. But with a grid that's close, and a championship that's tight, every little detail has the ability to affect results and the potential to make a huge difference to the points table.

Heading into the Berlin ePrix, the tenth round of the championship, Mahindra Racing is currently fourth in the championship standings with 116 points; 57 points adrift of the DS Cheetah Formula E team, who currently head the championship standings. The Berlin ePrix is the site of the team's first-ever Formula E win, which came courtesy Swedish driver Felix Rosenqvist back in 2017. It is also the site of Jerome D'Ambrosio's first-ever Formula E win - the Belgian driver took victory at the ePrix in Tempelhof back in 2015. Could the combination of the two facts signal good things for the team? Well, the answers we seek will become evident tomorrow.

But let's rewind a little and take a look at how the season has panned out so far for the team. At the inaugural race of the season, the Ad Diriyah ePrix in Saudi Arabia, the team got off to a good start. Jerome D'Ambrosio, who had only just joined Mahindra Racing (having completed the first four seasons of the championship with the Dragon Racing Outfit) was able to claim a podium. The final race of Rosenqvist's stint with the team (he's since headed off to IndyCar) didn't go very well, with the Super Swede suffering a technical issue on his car that forced him into retirement. 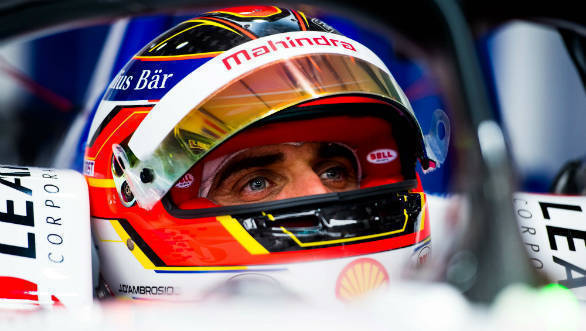 Ahead of the Berlin ePrix, Mahindra Racing's Jerome d'Ambrosio is currently seventh in the driver's championship standings, after having led the points standings early on in the season

Things got better quickly, with D'Ambrosio securing a win for the team at Marrakesh, which meant that he moved up to the head of the championship standings. Mahindra Racing, in the meanwhile, had managed to take second in the team's standings after this win. What of Rosenqvist's replacement, then? Well, German-Mauritian driver Pascal Wehrlein (who had joined the team after being in conversation with them since summer 2018) had impressed in qualifying, but was forced into retirement after being hit by Lucas di Grassi. This was quickly remedied the following race at Santiago, where Wehrlein scored his first podium in the series with a second-place finish. The team continued in second place in the championship, while D'Ambrosio, who finished tenth after a stellar driver from 20th on the grid, slipped to second in the standings, two points behind leader Sam Bird. 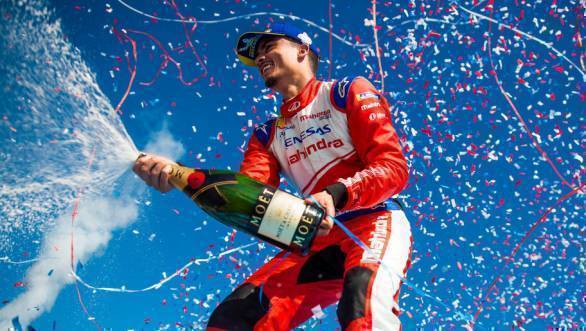 Here Mahindra Racing driver Pascal Wehrlein celebrates his podium at Santiago, his first since he joined the Formula E championship. He is two races old

The Mexico City ePrix might not have led to podiums for the team, with D'Ambrosio finishing fourth, and Wehrlein narrowly losing the race, after a penalty forced him down to sixth place. However, it meant that the team once again managed to go back to the head of the championship standings, with d'Ambrosio also managing to retake the lead in the drivers' championship standings. A double retirement at the Hong Kong ePrix, however, undid this temporarily. But a double-points finish at Sanya let the team move back into the lead of the championship standings, with D'Ambrosio back in second in the drivers' standings. One race later, after the Rome ePrix, he was back in the lead of the drivers' standings. Then came the Paris ePrix, where the Belgian suffered a DNF, his car having made contact with the wall, while the German driver finished tenth, claiming one championship point. The last round of the championship, the Monaco ePrix, saw Wehrlein finishing just off the podium, claiming 13 points, with D'Ambrosio ending the race 11th. 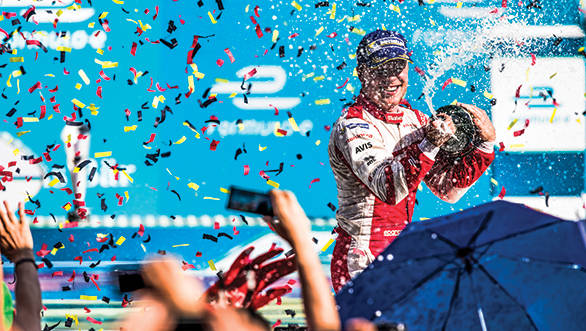 And while the last two races haven't really gone according to plan for the team (based purely on the fact that they've slipped down the order in the championship standings) D'Ambrosio seems clear that the highs and lows are just part of the sport that is Formula E. On the Saturday of the Berlin ePrix, the Belgian driver spoke to OVERDRIVE, saying, "We've had some highs and lows. It's just the nature of the championship: when something goes wrong it looks very bad and when something goes right suddenly it looks great."

What does he make of the recent slump, then? "I wouldn't call it a slump," he says emphatically. "It's all in the small details -  we've managed to take some points and we've had some ups and downs. But I think it's been the same for everyone because of the nature of the championship. Two races ago, we were still leading the championship. There are so many cars on the grid that are able to be on pole, and able to take a win, and that makes it very tight."

Ahead of the Berlin ePrix, with a purpose-built ePrix circuit being set up in the middle of the disused Tempelhof Airfield, there appears to be just one way forward for the team, though. "We have to extract the best from the package and try to be on the podium," D'Ambrosio says. Meanwhile, Wehrlein is chasing after his first win in the sport, "I've had two pole positions and one podium, so I'm just missing the win," he says ahead of the Berlin ePrix. "If you look at some of the results, it seems like we could have won, but it's also nice to be in a position where we have the ability to win races," he says.

Both drivers have similar thoughts about the way forward for the remaining rounds of the season. A simple plan of action, "Get back on the podium and fight for the championship," says D'Ambrosio, which is a sentiment that is echoed by Wehrlein. 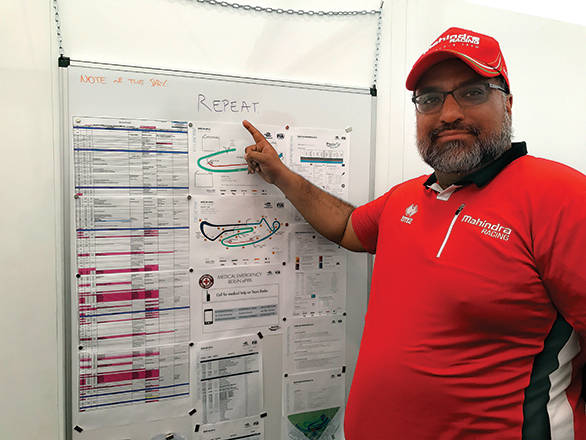 Two years ago, at the Berlin ePrix, the Mahindra Racing team had something of a mission statement written out on a whiteboard in their garage. "We will win!" it said. And they did. The next day, their whiteboard said "Repeat". And, technically, they did. Rosenqvist was the first driver to cross the finish line for the second race of the weekend, ultimately incurring a ten-second penalty due to an unsafe release from the pits, which meant he ended the race second. What's written on their whiteboard this time around? Well, we're at the circuit to find that, and many other things, out.