Mahindra Racing had a difficult start to the New York City ePrix, with Nick Heidfeld not finishing the first race, and Felix Rosenqvist only managing a 15th place finish. But the team came back stronger than ever, and managed to secure a double podium finish in the second race. 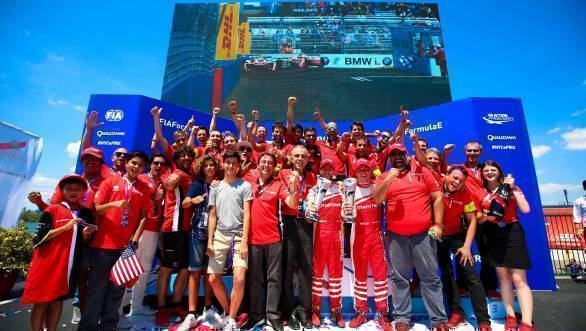 Both Rosenqvist and Heidfeld reached the Super Pole shootout for the second race and started second and fifth respectively. When the race started, Rosenqvist made a good start, moved into the lead temporarily, making his way past eventual race winner Sam Bird. Unfortunately Bird took the lead back after the 10th lap of the race.

Felix Rosenqvist led the race, until eventual winner Sam Bird would get past him after the 10th lap

Meanwhile, Nick Heidfeld had already managed to move up the order, and was already running in third place, looking set for a podium finish. And after the 49 laps were over, that's exactly what happened. Heidfeld took third place, Rosenqvist took second place. 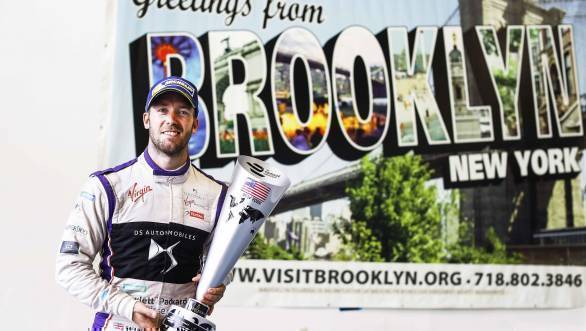 It was the team's second double podium finish after they managed to achieve the same feat at the Berlin ePrix (where they also claimed their first ever win).

"I am delighted to secure our second double podium result of the season in this inaugural New York City ePrix weekend, " said team principal Dilbagh Gill. "We cannot hide from the disappointment of the opening race on Saturday, but it made us even hungrier to get a fitting result in Sunday's extended race. This has been an important weekend for Mahindra Racing, so to end it with second and third place is really positive. We have shown that we can bounce back from a difficult race, and our aim now is to finish the championship on a high," he continued.

Mahindra Racing is currently third in the championship, with 182 points, 12 points behind Abt Schaeffler Audi Sport. A solid performance at the season finale double-header at Montreal could result in them taking second place in the championship