Jehan Daruvala ended his stunning run at the FIA Formula 3 Championship in France on a high note with a third place in the sprint race on Sunday. This followed his first-place finish in Race 1 on Saturday. 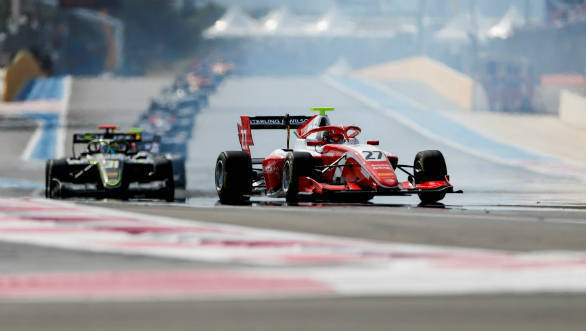 Following his earlier win, Daruvala started the race on Sunday in eighth place due to the top-eight reverse grid start. But he dropped two places at the start of the race, held at Le Castellet alongside the F1 weekend. After some tough battles with Logan Sargeant and Juri Vips, Daruvala left them behind and quickly made his way up the order.

In the time that Daruvala took to close the 2.4s gap from fifth up to fourth, his Prema Racing team-mate Robert Schwartzman had taken the top-spot from Alex Peroni. Pedro Piquet was in second. Daruvala overtook Yuki Tsunoda and even Piquet, but making a charge towards Schwartzman proved costly. Given that he'd pushed extremely hard all through, his tyres had started to give way. This dip in pace allowed Piquet to get past, with this DRS advantage. Daruvala was 5.4s ahead of Verschoor and finished comfortably in third.

He is now in second place with 58 points in the championship. The next race he participates in will be at the RedBull Ring Circuit in Spielberg along with the Austrian Grand Prix in the coming June 28-30 weekend. 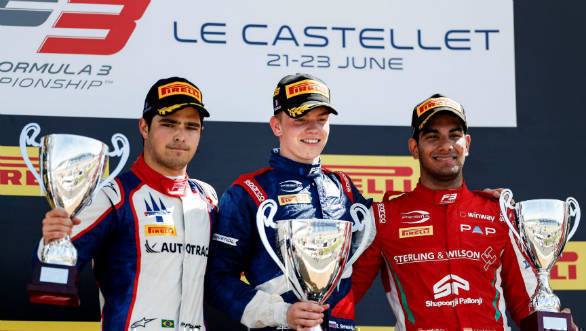 Speaking of his win, Daruvala said, "It's been a good weekend for the team and for me as well. This race was fun actually. At the start, I was a bit surprised by how quick the lights went out and then I was playing it a bit too safe for the first couple of laps. We knew we had the pace and the race was long, but maybe I took a bit too much time. When I got up to P6 the leading group of five cars was quite a long way ahead, and maybe my mistake at that stage was to push too hard to catch them instead of just chipping away. I caught them and passed all of them except Robert. My main goal was to win the race and I was pushing a lot, but Robert was doing the same and I started to struggle with the tires. Pedro did well, he stayed with me using the DRS, and when I started to struggle he passed me for second place. Two podiums in one weekend are good, now we have to see where we can do better. For me, just the start and the first lap, while the car has been good all weekend. Hopefully, we will have the same result next weekend."