Jehan Daruvala has had a fairly successful time in the 2018 season of the FIA Formula 3 European Championship, and things seem to have gotten better at the Spa-Francorchamps round of the series. Daruvala scored pole position at the track yesterday, and translated that pole position into race victory earlier today. 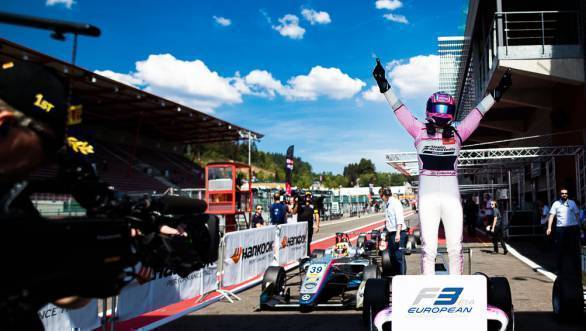 Jehan's weekend didn't get off to a good start though, with the Carlin driver only being able to put in laps in the last five minutes of the session. But he somehow managed to put in a terrific lap during his third try, taking pole by 0.10 seconds.

During the first race, Jehan lost out when the lights went out, and had fallen to third place after the first corner. But he managed to get into second place after the Eau Rouge corner. An incident behind the leading drivers ended up necessitating a Safety Car situation, after which the race resumed with Alex Palou in the lead and Daruvala second. Once again, out of Eau Rouge, Jehan managed to move up one position, this time making it into the race lead. He then opened up a bit of a gap to the chasing pack, with two successive fastest laps in the race. Jehan eventually won the race with 3.2 seconds from Palou, and 11.9 seconds from third-placed Ralf Aron. 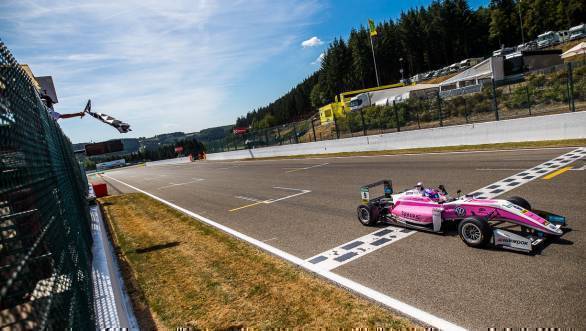 Speaking of his victory, Jehan said, "The start was not ideal, but I kept my cool as I knew we were quick. Once I was ahead, I just had to make sure I made no mistakes. A lot of credit goes to the team for all the effort that they have put in."

In the second race, Jehan managed to move from 12th place to third place, taking his second podium finish in one day.