Ferrari's answer to the McLaren 720S Spider is the F8 Spider

Italian exotic car manufacturer Ferrari had showcased the F8 Tributo coupe at the 2019 Geneva Motor Show. It is essentially a new mid-engined sports car that replaced the Ferrari 488 GTB. More on that here. And now Ferrari has revealed the gorgeous F8 Spider that is a successor to the 488 Spider. The company described it as a lesser extreme version than the 488 Pista Spider but more sportier than the 488 Spider. Ferrari has equipped the F8 Spider with an electrically operated retractable hard top, which folds in the tweaked tail section of the car. 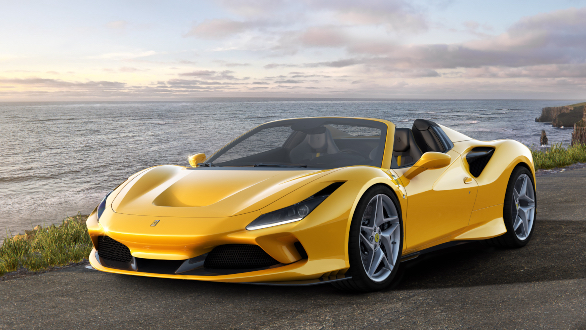 Ferrari claims that RHT takes 14 seconds to deploy or retract and can be closed or opened while the car is on the move up to 45kmph. Also, the F8 Spider is 20kg lighter than the 488 Spider. The position of the front radiators have been tweaked and are rearward angled which makes it better in terms of cooling and has also helped the engineers to make the F8 Spider produce more downforce. Additionally, the vents that dissipate hot air have been redesigned for maximum downforce whilst cutting the drag, which has been achieved with the combination of the air exiting the radiator and the front wheels. The result is a 10 per cent improvement in the car's overall efficiency compared to the 488 Spider. 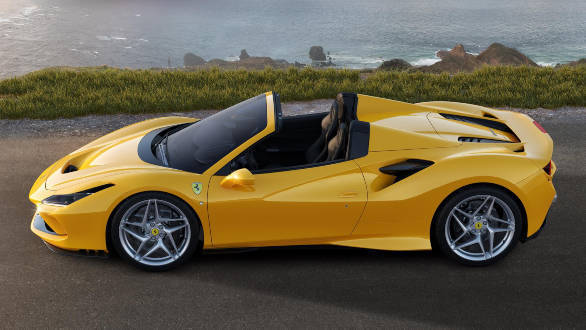 The overall performance levels has been improved over the 488 with the increase in power, weight reduction and improved aerodynamic coefficient. The front profile of the F8 Spider is characterised by the S-Duct around which the entire front end has been redesigned to highlight the extensive aerodynamic modifications. It gets more compact, horizontal LED headlights. The engine bay gets a manta-like cover, created by a central spine that starts from the rear screen and disappears under the wing of the blown spoiler. The rear spoiler has been entirely redesigned. It is now larger and wraps around the tail lights, visually lowering the car's centre of gravity and also features twin light cluster and body-coloured tail, another styling cue from the early 8-cylinder Berlinettas like the very first in the legendary series, the 308 GTB. 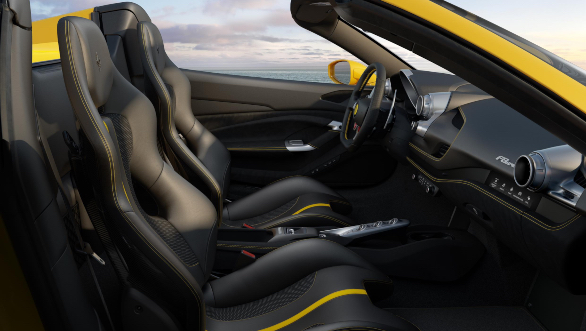 The 2020 Ferrari F8 Spider is powered by a the company's most powerful V8 ever created with a power output of 730PS and 770Nm of torque produced from a 3.9-litre 90-degree V8. The F8 Spider's engine also comes with highly efficient weight-reduction solutions from the 488 Pista which have reduce the engine's weight by 18 kg compared to that of the 488 Spider. Titanium con-rods, crankshaft and flywheel are some of the components that have contributed to the reduction in the weight. Additionally, Inconel exhaust manifolds derived from the 488 Challenge alone contribute 9.7 kg to the lighter engine weight. Lastly, like all Ferraris, the F8 Spider too is offered with a 7 year maintenance program, which is also available to clients buying pre-owned models. The service is available on all markets worldwide and from all dealerships in the official dealership network. 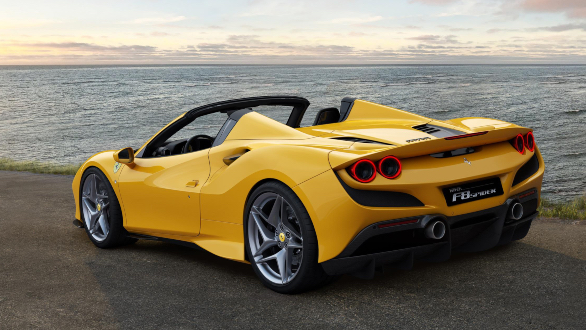