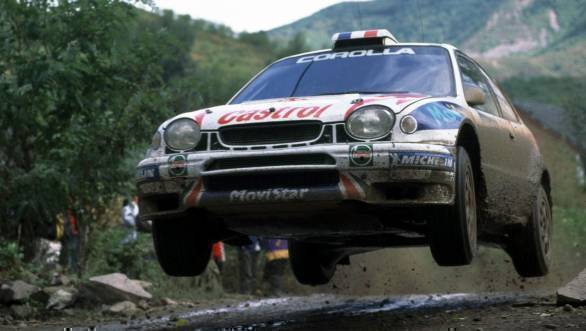 Finally the details of the revived World Championship Rally China (9-11 September, 2016) have been released and representatives of the teams have been allowed access to start their preparations for the event due to run in just 14 weeks' time. To get a handle on what it is all about, we were allowed to talk with Adrian Stafford, the official consultant to the organisers, about what waits in store. Adrian is Australian, best known and respected for his work at Rally Australia back in the days when the rally ran in Perth. It has clearly been a drawn-out struggle to make things happen again in China but it finally looks like it is going to work.

Adrian Stafford: From a sporting perspective we are now quite advanced. It is a shame we haven't been able to tell the world about it till now, but finally some of the team representatives have arrived in China (on 31st May) to inspect the stages. I am confident they will be happy with what they see for the sporting side, but there is still a lot of work to do for the marketing and the general awareness of the event.

Martin Holmes: Some things are now completely different in China since when the WRC last went there (1999) but I guess a lot must still be the same?
AS: Like 1999 the rally is based at Huairou, north of Beijing, and as I speak to you (by telephone) I am in the same hotel as 1999, but I would be very surprised if even one brick of it is the same as then! It is a beautiful modern up to date hotel now and that is true of pretty much everything around us here. The closer you are to Beijing the more things have changed, you could say it is just another modern city. But as we move out into the countryside, particularly the Special Stages in the very north of the route which people will remember when they were here in 1999, there are still the same very small villages. Believe it or not they have not changed very much at all, except the roads through the villages are now tarmac. I had to laugh the other day. The village chiefs now drive Audis rather than ride push bikes! 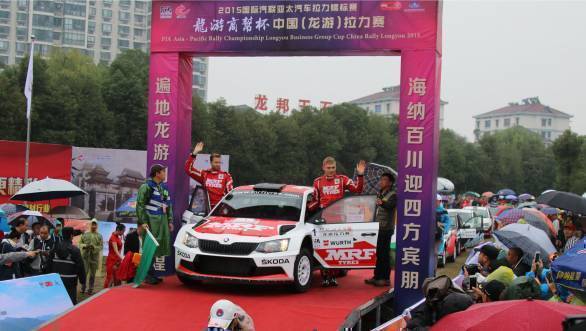 Pontus Tidemand, winner of the 2015 APRC Rally China on the podium at the event

MH: The rally worked well with the local communities. I remember, was it '98 or '99, the rally sponsors (555) donated a whole lot of bricks so that they could make some new houses. What is the story about that now? Are those bricks still there?
AS: I remember the village very well. The rally still passes by there. The deal was that the bricks would be laid on a paddy field so we could place a service park there. All the bricks that formed the ground for the service park are now in the walls of the village houses and buildings, and the field is back growing crops. But of course we didn't have the pleasure to ask them about building a yellow brick road paved service park because we have a central service park back at Huairou.

MH: Why have the roads changed? Is it just normal development of the area or was it because of local business change or commercial reasons?
AS: I think it is just the evolution of the country and the strong desire of the central government to provide better services to the villages. You will remember the roads used in 1999 WRC when we had those horrible rains, the roads became impassable. Those same roads are used to service the villages for their daily supplies. It is understandable the government would want to make those roads all-weather as much as is possible, and that is by and large what we have seen. The special stages have also changed from gravel to tarmac just like all the roads around them.

MH: Have you been working with the same people this year as 17 years ago?
AS: Some people, yes. Yes, maybe a quarter of the organising team of the people I am working with on the sporting side are friends from that time, but obviously there are some new younger people which is nice. A good mix of experience and newcomers.

MH: All the officials in the Rally Guide are Chinese, I suppose that is understandable. What is your position in the rally?
AS: I am a consultant and advisor, as I was in 1999. Over the years I have done quite a lot of work in and out of China, and of course in Australia. I am an advisor and a consultant, and working very closely particularly on the sporting side. For example, I will be sitting in the rally command centre for the duration of the event, and some of my fellow countrymen and I believe some Finns are also coming to assist in strategic roles. To state the obvious, my work is to ensure that the WRC protocols are followed.

MH: Who has been responsible for route finding?
AS: Cui Jianjun is the Clerk of Course. Cui was actually the chief scrutineer back in 1999, and since then he has worked full time with the federation. His main role for the last many years has been overseeing the management of the China Rally Championship, which has many international drivers taking part. And nearly all of the roads we are using for China Rally this year have been used on CRC rounds, so it really wasn't a lot of new work. It was more a selection process of the roads that have been used in CRC events to find those that are suitable for WRC requirements, for safety and the things like that.

MH: With all the wide experience of running their CRC rallies all over China, why was it decided to return to Huairou?
AS: My understanding is that it is its proximity to a major city. Obviously Beijing is a major world city, and Huairou is less than two hours drive from Beijing international Airport. So as a rally base it fits those criteria. I think some of us are a little bit sad that it is an asphalt and not a gravel rally, but to get a gravel rally in China near a major city I think is possibly bordering on impossible these days. I have driven all of the stages but I guess 90 per cent is what we know as asphalt and 10 per cent is hybrid concrete.

MH: How fast do you think the stages are going to be? Is security going to be a special issue on the tarmac roads?
AS: Yes it will be fast in places. It is an interesting exercise because the average speeds will not be silly high, the twisty nature of much of the mountain passes and peaks that we go through will keep the average speed down. So we are more focusing on the fast terminal speeds on some of the straights. We are expecting to install maybe six chicanes over the route. I am not a big fan of chicanes, but we recognise there are some very fast sections of road, maybe well less than a kilometre, where the WRC cars can reach their terminal speed. Where we consider the speed to be unduly risky chicanes will be introduced. 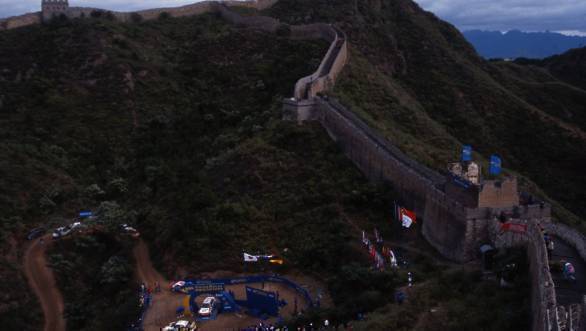 MH: One of the impressive features about CRC is the large number of local car manufacturers involved in rallying. How is homologation going to happen or are you going to have a national rally parallel to Rally China for these teams? Will we be able to see cars from manufacturers that they have never on rallies before?
AS: Yes and no. There are something like eight manufacturers now involved in the CRC, and most of those are very actively involved with promotion, hosting their clients and things like that. Sadly very few of those vehicles will be eligible for the local homologation concessions available for WRC this year. I suspect we will only see maybe three to five locally homologated cars running in the main WRC event. There will be a CRC event shadowing the main event, running immediately behind. The rally is a conventional morning loop and a repeat in the afternoon system which is a very efficient system for an organiser. We expect the CRC cars will run more than half of the event covered by the WRC rally.

MH: Any particular Chinese drivers that you think are going to run competitively in Rally China?
AS: Competitively it is hard to imagine in this first year of WRC. I don't think so. I don't know at this time if there are plans for any of the world championship teams to bring an extra car for a Chinese driver, but I do know there have been enquiries made about that. I think that the organisers would be delighted to facilitate something like that.

MH: How about logistics for the teams? Are there some special customs facilities?
AS: My understanding is there will be a bonding area at or near the service park where the teams' containers will come in for final clearance and checking. I would fully expect that that will be a cooperative sort of arrangement.

MH: What is the planned future for Rally China beyond 2016? Is this just a one off trial or is there a commitment beyond that with the promoter of the championship?
AS: My understanding is it has a longer term tenure, but of course that will be subject to the usual FIA requirements but everyone agrees that it makes sense. But I'm quite confident that as with any new event it will have its challenges getting the WRC culture established here again. But I certainly very much regret that 1999 was the one and only year when we were so close to becoming a permanent fixture.

MH: So far as Huairou is concerned are all the plans that it shall stay again in Huairou or will future Rally Chinas move around the country?
AS: I don't really think that I am in a position to answer that. You would love to think the organisers could cement a position certainly over three years, but we know from our Australia experience that it took three years to re-establish ourselves after the end of the old rotation system, to rebuild close to our former strength after a few years. That applies to some extent even moving around the country, especially a country as big as China. It would be wonderful to think that longer term we could move into other regions in China because there are some very exciting alternatives.