What you should know about the Ford EcoBoost engine

The EcoSport is easily one of the most awaited cars in recent history. Our market has evolved to the point that it still demands small and efficient vehicles but not at the expense of comfort, luxury and prestige of ownership. And that's why the compact SUV is the average buyer's new aspiration. They're compact, affordable, well suited to our road conditions and most importantly have the feel good factor of driving an SUV that we Indians so love. But then again just making cars smaller isn't enough, the drivetrain needs to follow suit. Of course downsizing cannot be at the cost of performance and the 1.0-litre EcoBoost is an excellent lesson in how to get more from less.

First some hard facts. This is a 999cc, three cylinder petrol engine. That's about the same cubic capacity and number of cylinders as the sprightly little K10 series engine you'd find under the hood of an Alto K10 or an A-Star. The K10 itself is quite a technologically up-to-date engine and it makes a decent 68PS. The little EcoBoost in comparison belts out an astonishing 125PS all while being as efficient as its size would suggest! It truly is a giant killer but there's a lot of tech that's gone into making it the surprising powerhouse that it is.

The engine truly is tiny. The entire block has a footprint the size of a sheet of A4 paper. Unlike most modern engines its cast in iron, not aluminum. Ford found that iron did the job perfectly well at such a small size without too much of an offset in weight. Turbo charging plays a major role in producing big power from small capacity. The EcoBoost features an innovative exhaust manifold design which allows for exhaust gases to be water cooled. What it also allows for is the small, low inertia turbo to be bolted directly to the head. The benefits of having such a small turbo is that it spools up easily providing for good low end power, a strong midrange and minimal lag. Direct injection, another technology seen on the latest petrol engines helps improve combustion efficiency resulting in better performance as well as improved efficiency by providing a denser and cooler fuel to air ratio. Variable valve timing controls both the intake and exhaust cams. The camshaft belt runs in oil for better heat management and lower running acoustics. Ford has engineered a dual cooling system that has separate thermostats for the cylinder head and block to allow for a quicker warm-up. One of the big drawbacks of the three cylinder engine layout is vibrations. Most manufacturers resort to using balancing shafts to smoothen out the engines inherent harshness but Ford has instead used an unbalanced flywheel and crank pulley to offset the engine's vibration and harshness. Does it all work?

Our European contributing editor Ray Hutton has already driven the Ford Focus with the 1.0-litre EcoBoost and he was mighty impressed. The engine is as smooth if not smoother than the old 1.6-litre 4-cylinder motor it replaces in Europe. It produces the same power and more torque (170Nm) which peaks at a very low 1700rpm. Ford claims performance on par with the 1.6 but massive efficiency gains. In fact they say that driven carefully the EcoBoost can return upto 20kmpl. Now that's really having your cake and eating it too. We will be driving the EcoSport very shortly and you can read all about it in about a week's time. If the car turns out to be as good as it sounds on paper it will have been worth the (very) long wait. 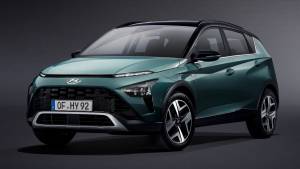 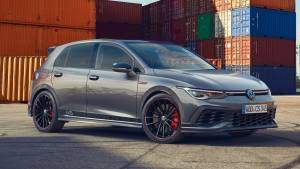 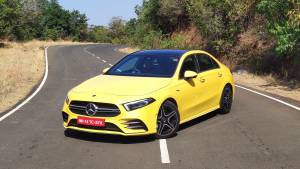