What we know so far about the upcoming X1 Racing League

New racing series don't crop up very often in this part of the world. Which is precisely why the X1 Racing League has caught our attention. The city-based racing franchise, that's being backed by Indian racers Aditya Patel and Armaan Ebrahim, is meant to usher in a new era of racing in the country. The series will feature cars that haven't yet been used in a full-blown racing series in India before. The drivers in the series are meant to be a mix of both Indian and international racers, with a woman racer to be part of each team. And the races are meant to be held on racetracks and street tracks alike. While the series organisers are being fairly tight-lipped about the championship so far, here's what we do know. 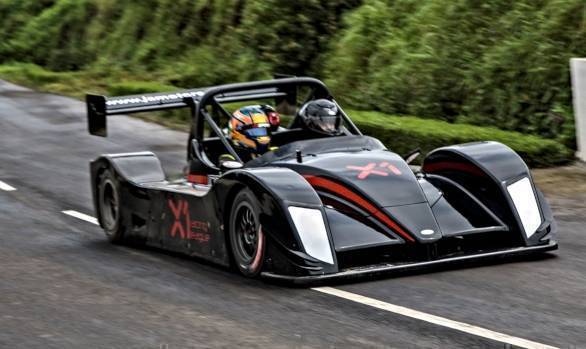 The X1 Racing League is a single-make racing series, with all eight teams in the championship fielding the exact same cars. While it was speculated that the cars in the championship could well be Radical SR3s (something which we're given to understand is still a backup plan), it seems more likely that the machines in use will in fact be the JA Motorsport Inde twin-seat race cars. From what we understand, the engine options are still being considered, and are likely to be finalised very soon. At the time of going to press, two engine options were being evaluated: the 2.0-litre, four-cylinder Ford Duratec motor seen earlier in the Inde 2.0, and the 2.0-litre, four-cylinder Renault unit that powers the MRF F2000 cars. We have reason to believe that the 2.5-litre engines meant to be seen in the production-version of the Inde 2.5, are not being considered. However, what state of tune the 2.0-litre engines are likely to be in, is yet to be confirmed. There are two chassis variants that are being considered, with the second chassis being an evolution of the first, but likely to provide more exciting racing. As far as OVERDRIVE can tell, the cars on display at the Buddh International Circuit, for an event on the 3rd of May 2019, will be representative, unless final confirmations and homologations come through in time. 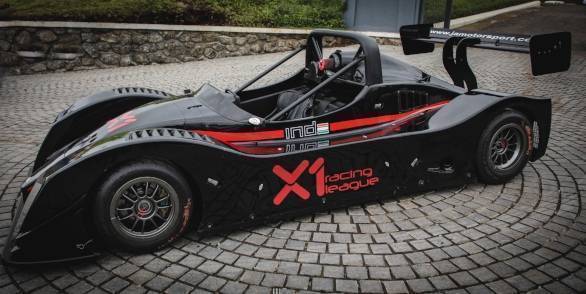 What separates the X1 Racing League from other racing series run in India thus far, is that the series is meant to feature both, street circuits and racetracks. While the two racetracks will be the Madras Motor Race Track (MMRT) and the Buddh International Circuit (BIC), there is still some amount of secrecy about the street circuits. It is likely that the street tracks are going to be in Pune and somewhere around Mumbai, although confirmation is awaited. The most that we got out of the series' organisers was that they have "interesting options and exciting long-term plans" for the street races in the future. What we do know, however, is that four races will be held in the championship's first season, between mid-November and end-December 2019, with a two-week gap between races at the halfway point.

The teams and drivers

The first season of the X1 Racing League will feature eight teams, each of which already has a team owner. Each of these eight teams will have two cars, with a total of four drivers in the team. This means that the first season will have a grid of 16 cars and 32 drivers. The drivers will be inducted into the teams by way of a draft (bidding would drive the costs up unreasonably). Each team is also meant to have a mix of racers from the national circuit, as well as from international championships. There are some big names who are likely to compete in the series, with former Le Mans-winner, Neel Jani, confirming his participation in the series, provided it doesn't clash with his Formula E racing schedule with Porsche. Other drivers who compete internationally and are likely to make up the grid include Swiss lady driver Rahel Frey, former BRDC F3 driver Krishnaraaj Mahadik, Asian F3 driver Akash Gowda, and the Maini brothers - Arjun who has GP3 and F2 experience behind him, and currently competes in the European Le Mans Series, and Kush who is currently taking part in the Formula Renault Eurocup. Racers from the national circuit who are part of the driver pool include Karthik Tharani, Anindith Reddy and Vishnu Prasad.

Leading up to the first season of the X1 Racing League, the organisers of the event will hold four X1 Speed Summits. The objective of these meetings is to bring together a group of automotive enthusiasts, supercar and superbike owners, and influencers, and introduce them to the concept of the league. This will include presentations about the league, and also a full-blown driving experience, with coaching from both Patel and Ebrahim, that allows individuals to understand exactly what the X1 racecar is capable of. The objective seems to be, to get individuals talking about the championship, before it begins. The first of the summits is meant to happen in the month of May, where one version of the racecar, though probably not the final version, will be available.

There's a window of opportunity for a motorsport newbie to make it to the grid of drivers of the X1 Racing League. This comes by way of the X1 eSports League that will allow aspiring racers across the country to compete in simulators. These simulators will be placed in colleges and malls across eight cities in the country, and will be open to all individuals above the age of 15. Fifty people from each city will make it to the final, and the top five drivers in the finals, will be offered the chance to test the X1 Racing car. They will also receive personal coaching from Ebrahim and Patel, the founders of the league. Should the drivers prove to be fast enough, they stand the chance of actually being inducted into one of the racing teams in the championship. Registrations for the virtual racing feeder series will begin one week prior to the simulator runs in each city. If you've always wanted to be a racecar driver - this could be your big chance!

What you need to know about racing simulators

Watch OVERDRIVE's interview with the men behind the X1 Racing League: