A start-stop system is a fairly simple mechanism in design. Its purpose is to turn the engine off when you come to a stop and then automatically restart it when you're ready to roll off. The underlying idea is that given the scale of urban congestion and how much of the average commute is spent standing in either a jam or at an signalised intersection, there are significant fuel economy (and attendant emissions) gains to be had with a simple electronic device.

You might wonder why the idea, if it really is this simple, couldn't have been implemented or deployed earlier. There are primarily two reasons for this.

The reason in terms of timing is fairly obvious. Fuel prices are rising and thanks to the Corprate Average Fuel Economy (CAFE) and other such organisation-wide initiatives to cut carbon footprints, every minuscule drop on emissions or gain in economy is vital to being successful in business today. So the drive to save the additional 0.1kmpl, which was a noble goal but not a corporate imperative as little as five-seven years ago, has gained far more importance.

The other reason is also that technologically it has become feasible to make this equipment functional as well as reliable. You see when this simple concept was put into application a number of complications emerged. For example, the system needed to be able to accurately judge the difference between a momentary stop versus a longer stop in duration, say, at a traffic light.

Similarly, the system also had to recognise when the in-cabin temperature rose to a point where the engine needed to be woken up just to run the compressor in the air-conditioning system. And of course, the most critical bit was absolute reliability and response time when you pressed the accelerator again to get rolling. No one would accept a system that took time to get the engine going when the lights turned green. Today, we have the technology in terms of sensors, software as well as the mechanical devices (powerful starter motors as well as batteries that can handle the extra load) that make managing all these challenges easy. An underlying theme here is that since the vehicle now needs to have some systems function without help from the engine - like the aircon for instance - there is greater reliance on battery power and a trend towards moving auxiliary systems to be able to run off the battery. 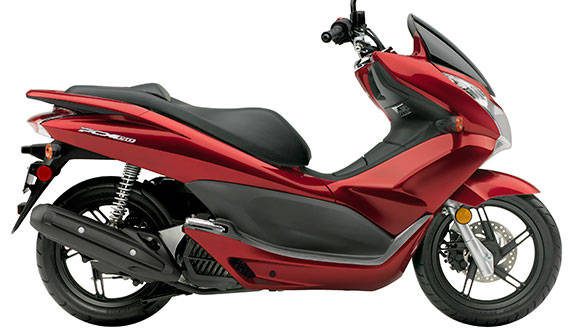 A quick clarification is due however. Mahindra offers a Scorpio model badged as a Micro Hybrid with a functional start-stop system incorporated in it. I believe it is important to make a distinction between the technology and, in this case, mostly marketing. Allow me to explain. 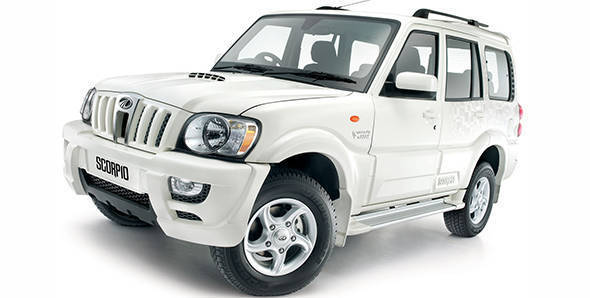 The term micro-hybrid has its origins in the hybrid automobile. Usually all hybrids have start-stop. But when some manufacturers chose to use batteries to cut parasitic losses off their engines, they implemented regenerative braking systems to boost battery charging. The equipment used most often for this is called an ISG or an Integrated Starter-Generator. You might also hear the term ISA or the Integrated Starter-Alternator, which is a similar device in intent. It is these non-hybrids with regenerative braking that slowly gained the unofficial classification of being micro-hybrids.

The Scorpio Micro Hybrid, first, is no hybrid - and Mahindra doesn't claim it is either. A hybrid presumes that the electric motor actually powers the wheels in some direct or indirect form. If it were then the Honda Goldwing might just be the world's first hybrid motorcycle - it has used the starter motor to power a helpful reverse gear for ages. It was added in as a useful aid in parking lot maneuvers that might have been complex with such a large motorcycle.

To return to the Scorpio, the Micro Hybrid name is a marketing term being employed to differentiate it from the other Scorpio models. You might think of it as a misleading name, but it certainly a far more elegant naming solution than the technically correct Scorpio Start-Stop. To turn the Scorpio into a true micro-hybrid, Mahindra would have to add regenerative braking. To be fair to Mahindra, the system does produce a small gain in economy though we thought the price difference between the normal and Micro Hybrid models was too great for this economy gain to be financially beneficial to owners. 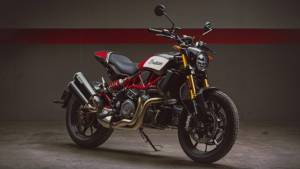 Indian FTR Carbon revealed: What does it...
Advertisement