What is it like to drive a commercial Tata pickup truck? Ft. Tata Yodha 2.0, Tata Intra V50

Every car you look at right now, you can be assured of something easy to drive, comfortable for you and your family and loaded with tech and features to make life easier for you. Some of that still holds when you are in the market for a commercial vehicle but there are greater financial considerations at play here which may take precedence. Say for example efficiency, driver comfort and payload ratings which then affect turnaround times.

But what is it like to drive vehicles which are geared to these very different needs? We recently found ourselves at a fairly tricky off-road course set up by Tata Motors to showcase its new range of commercial pickups.

On the road, the Tata Intra V50 may not look all that large for a truck and it is still the smaller one here in terms of payload capacity at 1,500 kg. But it's still quite a climb into one, and with the cab over design, you really are perched quite high. It's the commanding SUV driving position turned up to 11, with no bonnet in front of you and an expansive windscreen to boot.

The cabin is fairly easy to get used to with largely car-like controls and instrumentation, you even get air-conditioning, although the truck-like steering wheel angle is quite different from what you expect in a car. There's no power steering either in the Intra but it must be said that rowing the wheel wasn't as much effort as we thought, even on a tight slalom course. 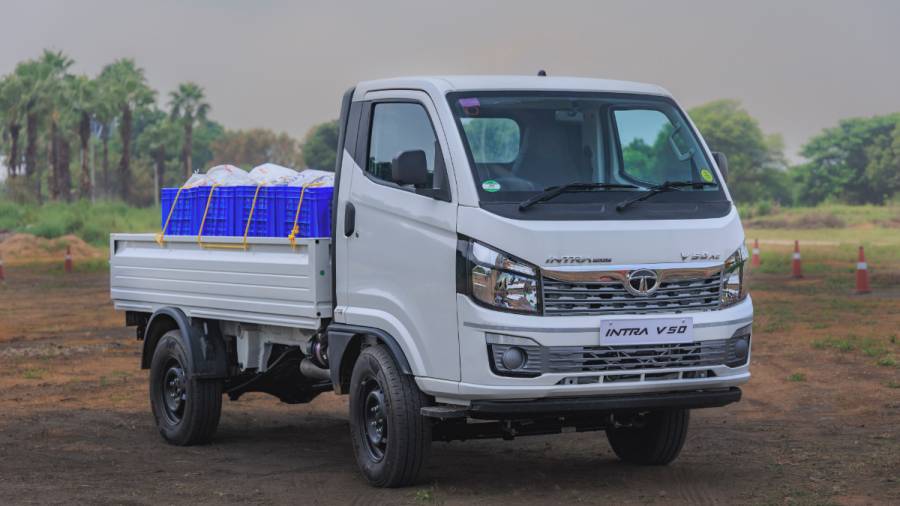 Getting off the line is tricky with a vague clutch bite-point. But give the 1.5-litre diesel a bootful of revs and you are largely covered. Even with a full load in the long 2,960mm bed, the Intra is brisker than you might think. The motor has only 79Ps and 220 Nm but most of the torque is available just above idle and you pass the Intra's best by 2,500 rpm. So steady revs are all it takes to keep chugging along. A far cry from the boosted petrols or even the brisk diesels we drive in cars.

It's the same on a loose, steep uphill climb we put the Intra through. The rough and ready leaf-spring suspended chassis dismisses small potholes and ditches quite easily although cabin isolation is not as much a priority we suspect. You feel quite some of it but there is a reassuring solidity to the way the Intra tackles obstacles. Up the climb, keeping momentum is all it takes, the low-end torque doing the rest. The Intra is also quite easy to tackle steep slopes with, it's not too heavy so just modulating the engine braking and physical brakes gets the job done cleanly. Also quite competent for something this large is the 5.5m turning radius and the braking capability. The Intra turns much like a small SUV and brakes like one too. There's even an Eco mode and a gear-shift buzzer if you want to save fuel when on an open road.

It's much more car-like to step into the Tata Yodha, now revised with more payload capacity and a fresher look. The cabin will be familiar to you if you've seen the Xenon XT and there's much shared with older Tata cars like the AC controls, switchgear and instrumentation. Although the shallow floor, simple flat bench seat and outboard hand brake are reminders that this is still very much a truck.

But it is much more familiar to drive with a more car-like driving position and the old 2.2-litre Varicor retuned for commercial applications to make 100PS and 250 Nm. Again, this might not sound like much, especially considering the other similar-capacity diesels you have in passenger cars these days with nearly double the outputs but the short gearing and low-end torque make fairly easy work of the 2,000 kg load we were carrying. At least on level ground.

Of course, there's no hiding this immense weight entirely. The Yodha, with a much more pliant clutch, still needs revs to get moving and again the sturdy construction paired with the balloon-like 215/75 R16 tyres dismiss bad roads with ease. There's also independent front suspension, so the pickup is more comfortable for occupants. 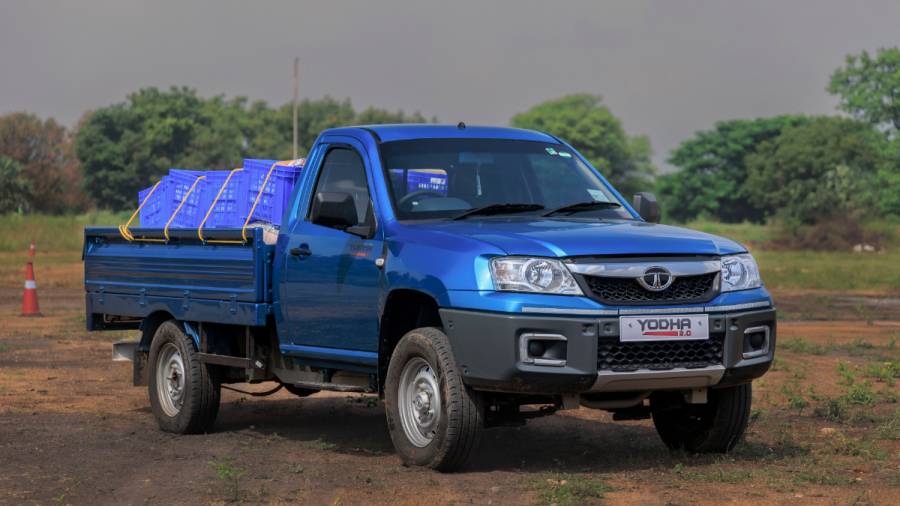 We had to be quite careful around the same slalom course because of the Tata Yodha's sheer length and wide bed but more tricky was dealing with the inclines and slopes on the off-road course. Like with the Intra, keeping momentum wasn't the problem, but dealing with 2 tonnes perched reasonably high behind you is quite tricky and something we have never experienced before.

So we found ourselves going against our driving brain and keeping up more momentum than we thought was needed on slopes. But far more tricky was managing this weight on a long downhill section. We had to find a fine balance between braking enough to not let the fully-loaded Yodha gain momentum but not braking too much to let the weight overwhelm the tyres' grip and cause the truck to start sliding down. It's a whole different kind of precision driving.

But get your head around this and the Yodha proved to be quite a capable off-roader too. The robust underpinnings, high 210mm ground clearance and power steering allowed us to weave through the course competently. As with the Intra, we were quite impressed with the Yodha's braking, the front disc brakes doing a fairly confident job of stopping the loaded truck in a reasonable distance.

With all the fast and capable machinery we drive, we've come to expect commercial vehicles to be fairly rudimentary, functional devices which don't have too much to offer to satiate us driving enthusiasts. But this short but engaging experience had us begin to truly appreciate these pick-up trucks for being so well honed for the job at hand. They try to make an already difficult job as easy as possible while keeping the accountants happy, which probably deserves more appreciation than we have probably thought was necessary earlier. 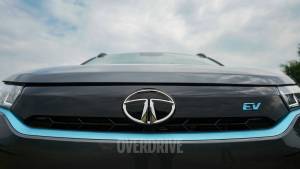 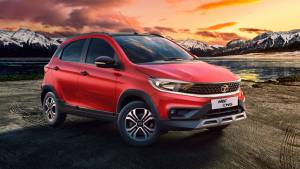 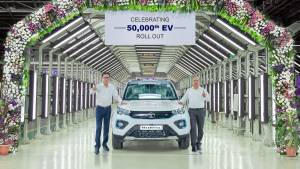