What fear means to the Indian race car driver

Picture this. You're doing 180kmph. You have to brake to slow down for a left hander. You press your foot down on the brake pedal and nothing. The wheels lock up and you are headed straight into the wall. There's simply nothing that you can do to prevent it. Three, two, one. Brace for impact. The car crashes into the wall, spins around and stops. You're reeling a little from the impact. "Sh*t" you think to yourself. But then, like any good racecar driver, you get back in the car and go racing. You don't give in to the F word.

Fear. It's a small word, but great in the magnitude of the meaning it can take on. Concealed away in the recesses of the ordinary mind are so many things that cause one to choke and prevent one from using one's entire capacity. But the recesses of a racecar driver's mind are, as I am discovering, very different. Some respond to my queries on fear in a second, others introspect for a good measure of time, but ultimately they all come back to me with a fairly similar response. "What fear?" 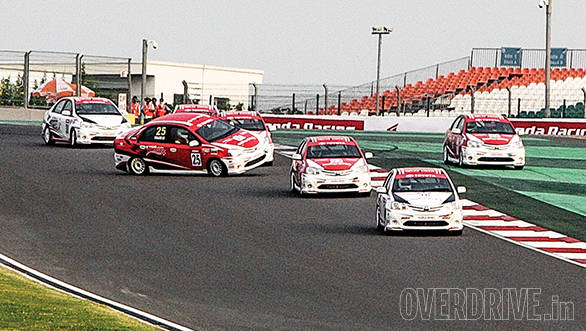 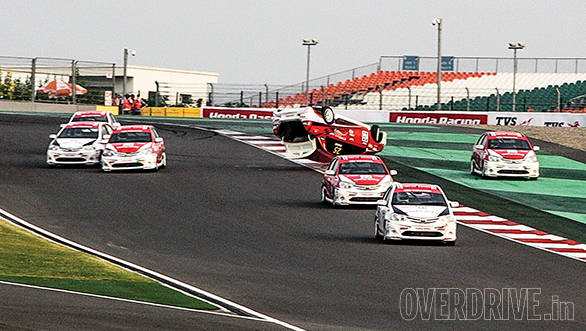 I remember standing at Turn 4 of the Buddh International Circuit, on a sunny day, training my camera lens on a pack of Toyota Etios Motor Racing cars that came barrelling into the corner. Uh oh, I thought to myself as I saw the Number 25 car of Keith D'Souza flip, roll over three times, and finally come to a halt by the side of the track. I'd managed to capture the entire sequence of the crash, after which I put the camera down for a bit, hands trembling. That looked bad. But what I saw was Keith climb out of the car, stand around as it was towed away, and get back into a replacement car for the next race. He calmly said that the fact that he was perfectly okay after the crash left him with no fear at all. So getting back in the car for the next race around an hour later was just a matter of course.

"I don't think I've ever been afraid in a racecar," says Vishnu Prasad, reigning JK FB02 champion. "If I was afraid, then I wouldn't be able to do what I do," the 21-year old continues. It's a sentiment that every single racecar driver that I have spoken to echoes. Armaan Ebrahim, less than two weeks after he's described to me in great detail how he's dislocated his collarbone and cracked a few ribs during a crash at Round 1 of the Blancpain Endurance FIA GT series, also says that he's never once been afraid while driving. There might be a case of the nerves before the five red lights go out, but fear of crashing and injuring oneself doesn't exist. If it does, then they wouldn't be able to race. 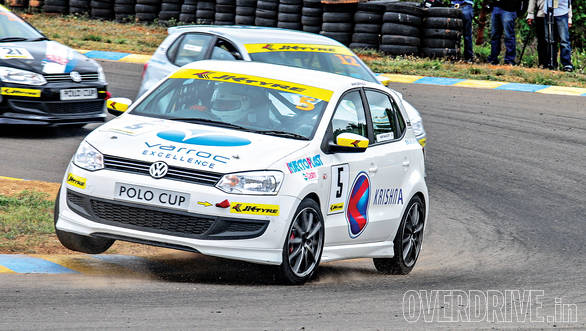 And while fear of injury doesn't exist, there are other types of fear. Some of it comes into play when you crunch the numbers of damage bills. Crash a single seater into a wall, you'll destroy your front wing, nose cone, suspension, and rear wing. That's a damage bill of `4 lakh. "Your first thought is 'Oh sh*t.' Your second thought is 'How much will this cost me?'. Then you might think about whether you're okay or not, but that comes last," says Akhil Rabindra. But you push this fear to the back of your mind and get on with it.

There are other times when it does affect you though. "I never considered myself a driver with a lot of guts," says former karting and racing champion Rayomand Banajee "because a car on a track in a given set of conditions can only go through a corner at a given amount of speed." Knowledge combats fear then. Simple. "But," continues Banajee, "the thought that I'd damage the car and wouldn't be able to afford the repairs, that taught me to drive quite cautiously." Something that Vishnu agrees with, saying that sometimes while racing close, you think of the consequences of a move gone wrong. And then you back off. 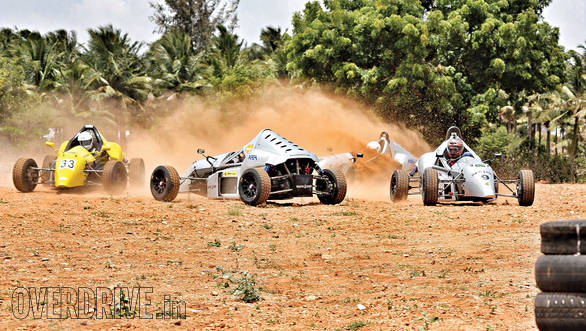 "I've never been afraid for myself. I've been afraid for my loved ones," says five-time national karting champion Ameya Walavalkar. He recalls a time when after a crash in 2002, his mother wasn't happy that he got back on track after the broken leg was healed. But the thought in his mind was that he had to get back and win more championships; the physical danger of the sport was immaterial. Although he does admit that sometimes the thought of how the repercussions of an injury to him will affect his family causes him to worry even while in a racing.

There are other fears as well. "The only thing I have ever been afraid of is that someone will write that I'm slow or not a good driver," laughs 2010 Volkswagen Polo Cup champion, Sailesh Bolisetti.

But there's one aspect to the racing that no one seems to want to talk about. "No comment," was the answer to the first ever interview question I had asked a young racer back in 2008. My query had been about the warring factions of the FMSCI and the MAI. As the years have gone by, I've asked racers about the infamous tyre wars that have divided Indian motorsport, and got no response. Something that hasn't changed till today. And sometimes it is in the silence and the refusal to answer questions and the 'don't quote me's' that are the signs of fear. 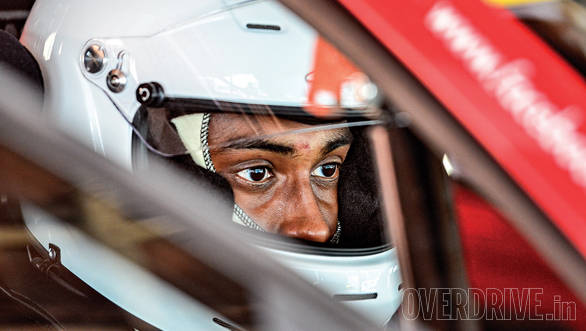 "I think it's important to have a little fear," says Narain Karthikeyan, India's first ever Formula 1 driver. While Karthikeyan hasn't ever been afraid in a racecar, he says a roadcar is another matter entirely, it's when he's outside of one and sees exactly how fiercely quick and frightening those cars can be that his hair stands on end. And the reason it's important to have a little fear is so that you aren't too lax. So that you do a good job of racing and being a racecar driver. And he uses the word 'respect'. Respect for racing as a sport. The one time I was out in a competitive racing experience, I was taught by my instructor that it was okay to be afraid. But that it was important to transform that fear into respect. And it is this transformation that leads one to be successful. It's really not just a racing lesson. It's a lesson for life itself. 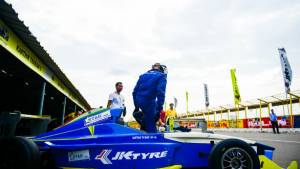 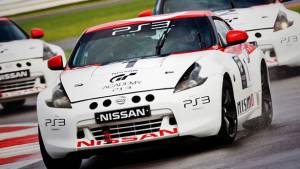