"It feels like we're a real auto manufacturer now!", words straight from Ather Energy's co-founder and CEO, Tarun Mehta, that echo his, as well as co-founder Swapnil Jain's reaction on their first visit to the Bengaluru-based start-up's new 1,23,000 sq ft factory in Hosur. It's a feeling we can relate to immediately, despite not having seen the company's erstwhile sole manufacturing outfit, previously situated in Whitefield, Bengaluru. 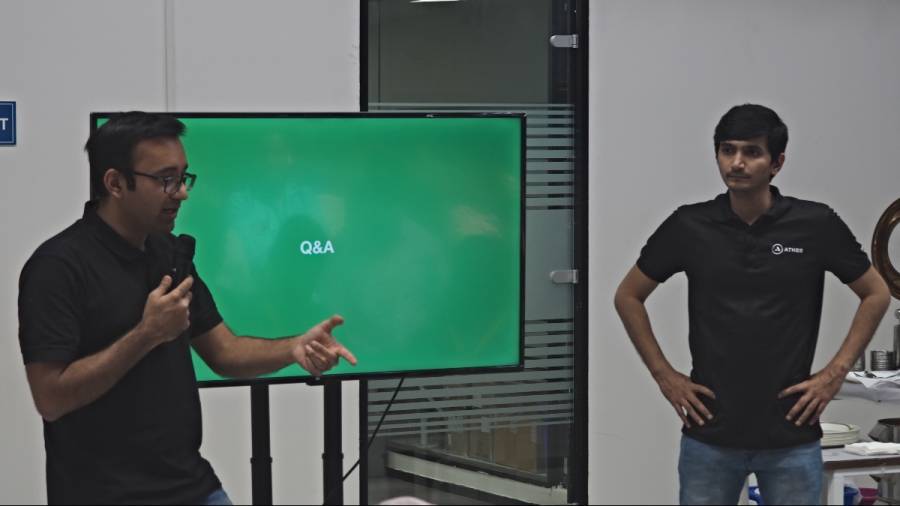 The numbers are quite impressive - Ather has gone from making 10 units a month of the Ather 450 in 2018, to 750 a month in 2019, further onto 1,750 units/month last year, taking the massive leap to a production capacity of 9,200 units a month courtesy the new factory. Of course production capacity doesn't equate to sales, but the updated capacity is indicative of the growth strategy of the company, and the sales it expects having opened up sales in a multitude of new cities. Ather, after fine-tuning the 450 electric scooter, and ironing out the kinks, is firmly in the expansion stage. 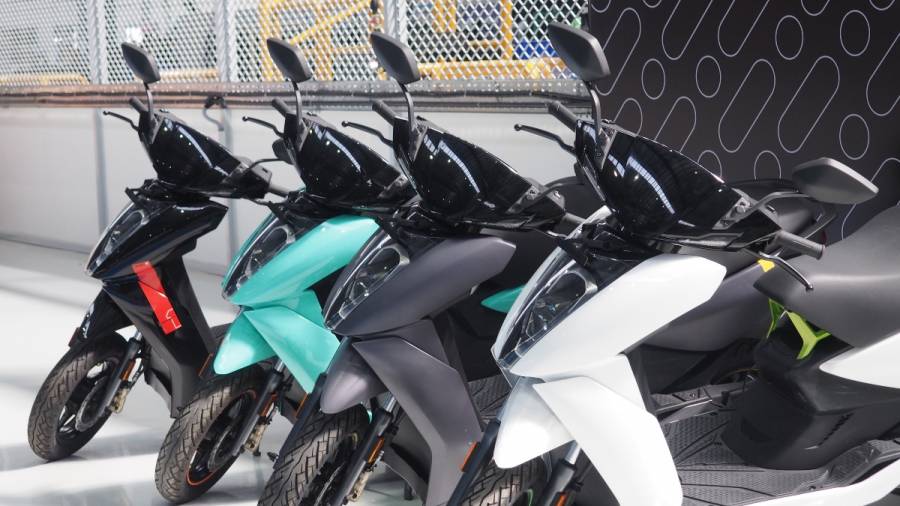 From operations solely in Bengaluru, Ather has already begun deliveries of its Ather 450 Plus and new 450X models in Chennai, Hyderabad, Pune, Ahmedabad and Mumbai as well, with a planned presence in a total of 27 cities by the end of 2021. The Ather Grid, its fast-charging network is growing too, and is one of the largest of its kind for any electric vehicle, period. Currently at 103 charging points across 12 cities, Ather's most valuable selling point is also set to grow to 300 plus by the end of the year. The battery pack for the scooters is made in-house by Ather, currently the only EV manufacturer in the country to do so, with two battery lines dedicated to it in the new factory. Which, Ather also proudly claims to produce zero effluents, with all e-waste handled by authorised recyclers, and an in-house sewage treatment plant. 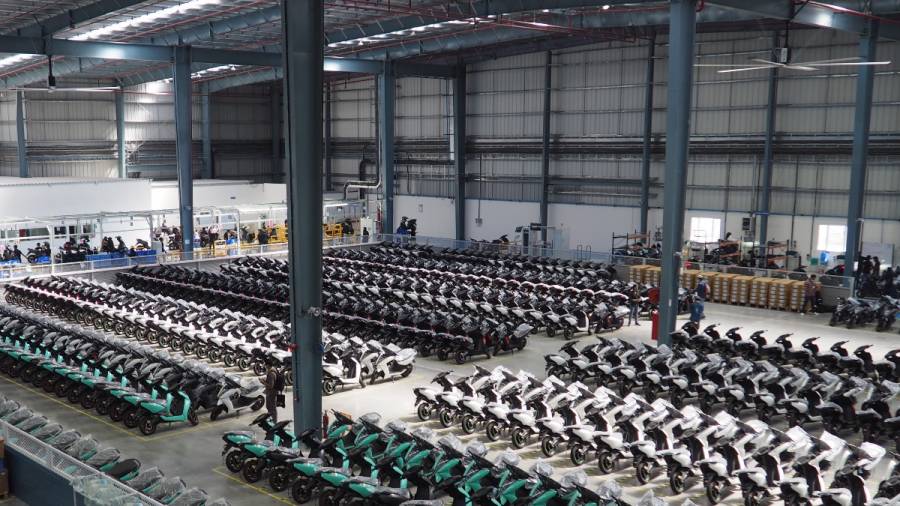 On the whole, about 90 per cent of the Ather 450 is localised, with the 21700 type cells (same type as used by Tesla) imported from LG, Korea. With a large bulk of the parts coming in from vendors in South India, the factory operates on a 1-2 day stock system, while parts coming in from further north are kept on a 15-day inventory. It appears the global shortage of semi-conductors hasn't affected Ather either, and the production line is running strong, even during our visit. In the interest of safe-guarding its IP, photography of the starting lines of production was off limits. This is where the electric motor (sourced from Coimbatore) first meets Ather's own path-breaking aluminium housing and sub-frame, assembled by hand on jigs - a vast departure from traditional scooter manufacturing processes where the chassis is the starting point. 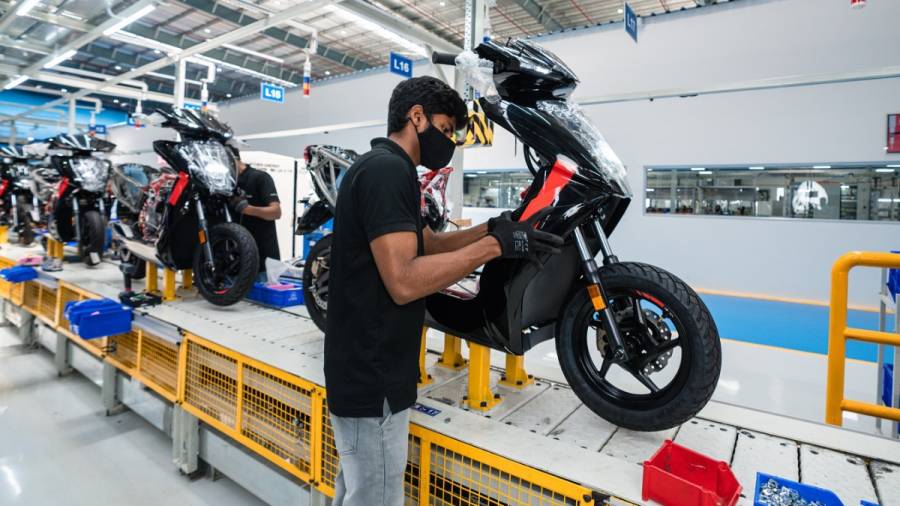 From there, the rest of the frame is assembled, the forks and wheels/tyres fitted and the skeleton enters the production line proper. From a line that was about 20 metres long, to nearly 85 metres in total now, with over double the number of stations and trained assembly technicians (having gone from about 40 to 90 currently), the efficiency of the setup has gone up in leaps and bounds. Most of the workers are young, and the average age on the factory floor appears much lower than we've seen on similar factory tours of traditional manufacturers in the past. Still, they're precise and focussed, and the entire operation runs like clockwork, despite a troupe of journalists milling about - just as it should be. The single battery pack in installed in the floorboard, while the massive touchscreen dash with its smart features comes in a few stations down. 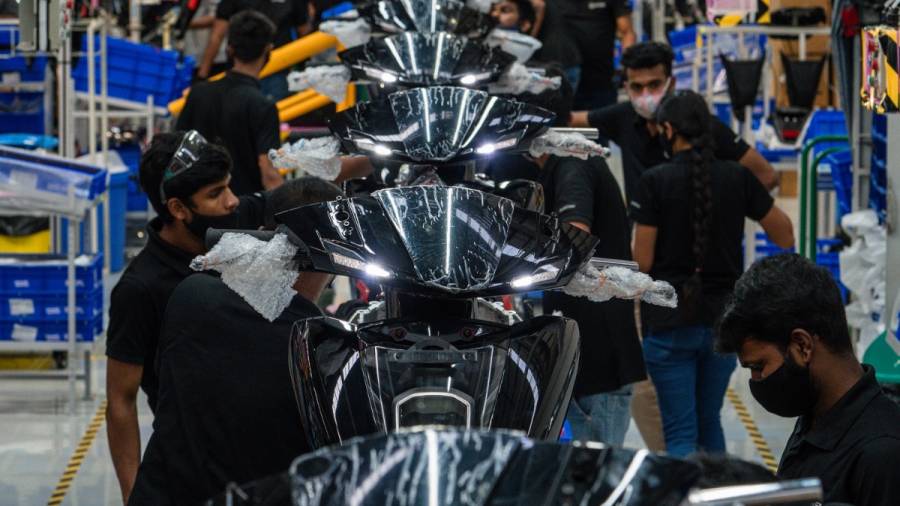 At the end of the line, the scooters are ridden down a ramp and to the dyno where they're briefly put through their paces, before heading into a final quality check. Ather says quality has gone up, and from some unsightly grommet fitments on the 450 in the past, especially around the seat area, to what we saw lined up on the delivery floor, that certainly seems to be the case. 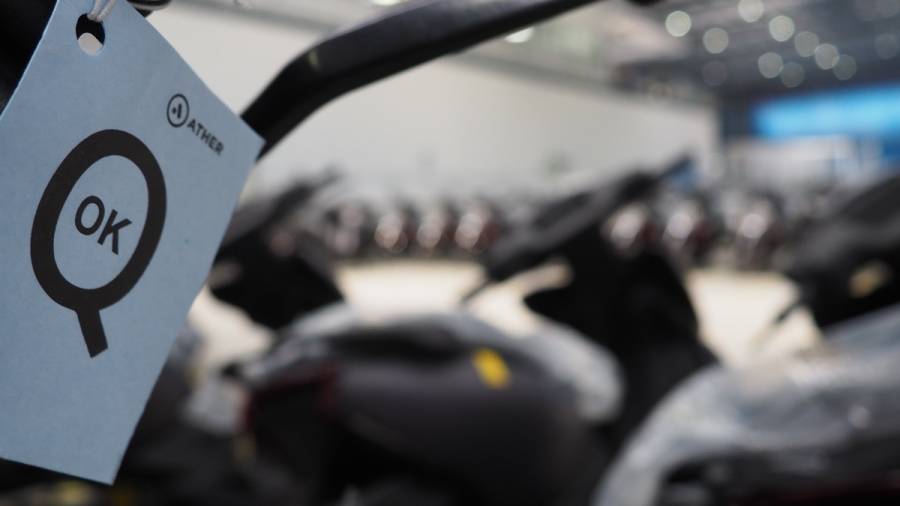 The Ather 450 Plus and 450X are currently the two products on offer, and Ather doesn't plan to expand the product lines, at least not for the next year. But the new production facility does seem more than poised to take Ather into 2021, stronger than ever before, hopefully cutting down on the 15-30odd day waiting period currently. And with an investment of Rs 635 crore earmarked over the next five years, and entry into new markets planned, it's certainly taken Ather from start-up to the big leagues. 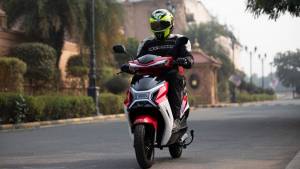 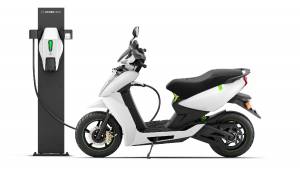