Large cities the world over are facing the brunt of overpopulated roads. Parking is a major hassle too. So what if you could drive to office and hand over the keys of the car to someone going elsewhere, step out of work in the evening and pick up a car that's physically different but once you step in, it has that familiar feel to it. 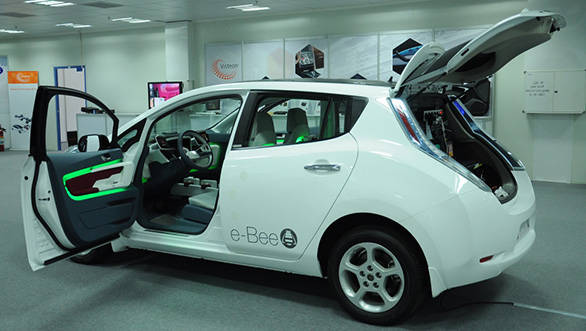 The e-Bee Concept uses the Nissan as a donor car

Electrics are as niche in India as they were a decade ago and hydrogen cell cars are virtually non-existent. But while powertrains remain the focus of automotive progress the world over, components major Visteon has focused considerable time and resources on developing futuristic cars interiors. The company says it is far easier to accept new technologies in the interiors and make them ready for mainstream use sooner than, say, the powertrain.

The company recently displayed its e-Bee concept in India to showcase the progress it has made on the interiors front. Keeping occupant comfort, convenience and entertainment as its base for research, several production-ready technologies and a few techs at an advanced stage of development were displayed in a Nissan Leaf donor car. 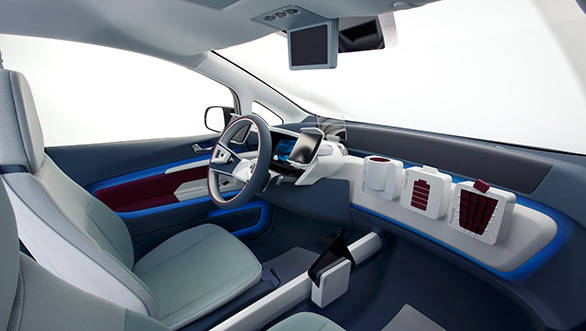 The e-Bee Concept can go through multiple customisations without changing physically. It is Visteon's vision for 2020, around when they think car-sharing will be much more common. The thought is that when there are multiple users, the car should look and feel as the user has programmed it to. So if you have keyed in a lime fragrance, for instance, from the air conditioning system, you will get the same fragrance even if you are driving a different e-Bee everytime. You get a customised car because of car-cloud connectivity. The interior is clutter-free and has no centre console or any controls. Instead it has two customisable tablets behind the steering wheel and a rail-like panel on the dashboard. You can choose clip-ons from wireless portable chargers to cup holders and more to fix onto the rail. That's all you need, clip-ons to carry to a new car to make it your own. 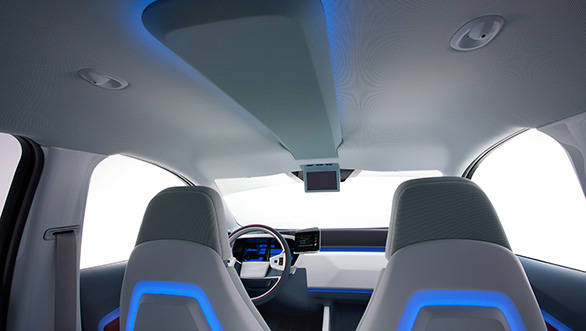 Interiors are minimalist yet futuristic

Another interesting concept in the e-Bee is a customised infotainment system. The device enables multi-device connectivity and has directional speakers embedded in the headrest. Each passenger can choose what to listen and although it plays on speakers, it is non-intrusive to the other passengers. This can also be converted to a common entertainment system when required. Almost every application is ready for production or in an advanced stage of development. 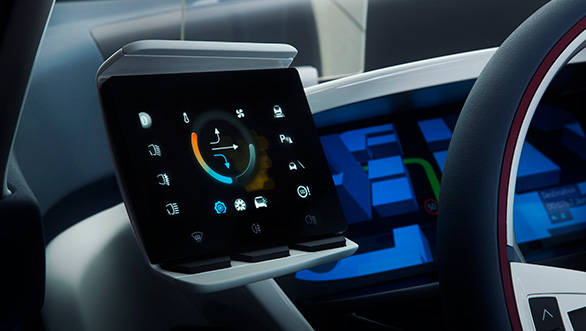 "Visteon needed a futuristic image for the car which is why they started with the Nissan Leaf as a base but it could easily have been any other car as the technologies on display on the e-Bee concept could be fitted to almost any new production hybrid or electric car," said Bertrand Stelandre, head of innovation and design, Visteon Europe, who has designed the e-Bee concept. 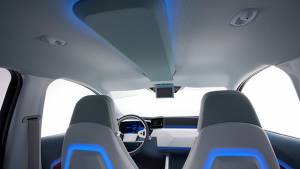