Video worth watching: Preview of the 2017 MotoGP Japanese Grand Prix

The 2017 MotoGP season, so far, has been nothing short of epic. With four rounds to go, the championship is still wide open and by the looks of it, we have a three-way battle for the title. Repsol Honda rider Marc Marquez leads the 2017 MotoGP world championship with 224 points in the bag, followed by Ducati's Andrea Dovizioso. Desmo Dovi, as he is popularly known, is in serious contention for the title, with 208 points in his hand. This has been Ducati's best season as they've never come so close to winning the title since the days of Casey Stoner. Movistar Yamaha's Maverick Vinales is a bit further away, at 196 points, however, he has long shot of winning the title if Marquez or Dovizioso have a bad race or are forced to retire.

The video captures the tension that's brewing in the MotoGP paddock. Every move that the title contenders make will be decisive and have a bearing on their title chances. A wrong tyre choice, a mismanaged race, a fall could turn the tables in anyone's favour.

With so much to lose, the last four races are going to be crucial for the title contenders. The next race is scheduled to take place at the Twin Ring Motegi circuit in Japan on Sunday, October 15, 2017 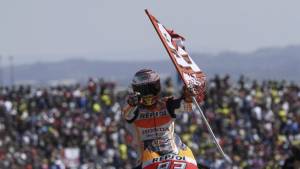 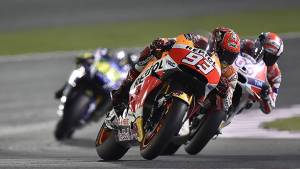