Video worth watching: Andy Wallace on setting the record for the fastest production car in the McLaren F1

We all know the McLaren F1. It's was born in the 90s, but is still one of the fastest cars ever made! In 1993, McLaren set the record for the fastest production car, hitting 371.76kmph (231mph), at the Nardo Ring in Italy. But Gordan Murray, the man responsible for building the F1, was certain it could go faster. So in 1998, they asked LeMans-winner Andy Wallace, to drive the car flat-out at Volkswagen's Ehra-Lessien proving ground in German. Wallace, who immediately agreed without thinking, admits in the video that he was much younger and stupider back in the day. In retrospect, he sees how dangerous it was, especially considering he had no idea how the tyres would handle those speeds.

In this video, Wallace talks about his experience behind the wheel of the McLaren F1 while he set the record for the fastest production car. He managed to hit 391kmph (242.9mph) on the track's 8.7km straight. It's quite awe-inspiring to see how calm he was while doing around 245kmph around while steering right on the bank of the track. 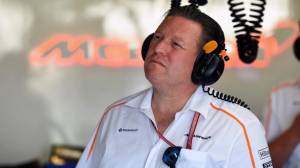 Four F1 teams to potentially drop off the... 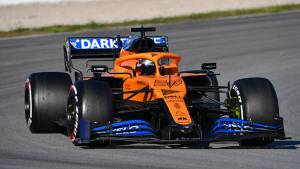 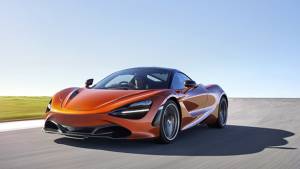