Valiant-TMS Systems has shortlisted a place in Chakan, Pune to build a new state-of-the-art facility which is likely to be ready by 2015. The automation assembly systems, industrial washing and tooling supplier will purchase a 2,00,000 sq ft plot.

Once operational, the company expects their new plant to contribute significantly towards achieving their growth plans. Last year, exports from their existing Pune plant in Kondhwa Budruk contributed towards about 10 per cent of their net revenue. This year the supplier is targeting for 20 per cent of its revenues to come from exports.

The limited space at their existing facility makes it difficult for Valiant-TMS Systems to offer their complete range of services to Indian OEMs. With the new facility in place, Valiant-TMS will be able to offer its complete range of products and services to its customers. The USA-based supplier is currently utilising India and generating local employment to support its North American operations in terms of engineering. They are also manufacturing certain components locally. The new facility will also enable them to consider certain unexplored opportunities in the Indian market for which they have global competence and capabilities. 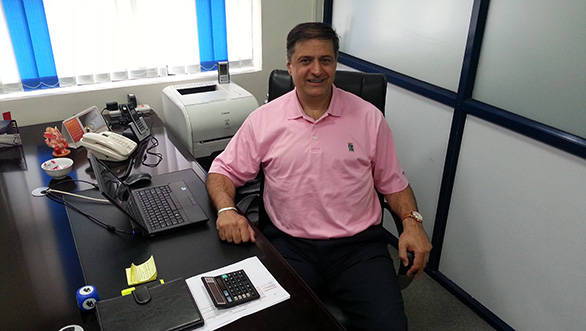 Valiant began operations in India in 2009, and is a supplier to OEMs such as Toyota, Honda, Volkswagen, General Motors, Tata Motors, Renault-Nissan and Maruti Suzuki.

In a conversation with Auto Monitor, Tony Elias, senior vice-president (Operations), Valiant Machine and Tool INC  attributes the success of their Indian operations to a strong team.

But the important question remains that in a time of recession will the company be able to meet the quality standards that OEM's are demanding? Elias is confident that the Indian facility will be able to deliver products that meet global standards. He further states that "goods produced anywhere in the world will meet the most stringent quality standards if people are trained in the right manner; employees have to understand what is acceptable and what is not; zero defects must always be the target".

Elias says that the notion that Indians cannot match the quality of products produced elsewhere in the world is false. "The issue is are we as leaders willing to participate, coach and lead the local folk to become world players? The things that we undertake at Valiant such as engineering and manufacturing are technology and people driven," he adds.

Elias is optimistic about the talented Indian workforce and their capabilities, and he intends to utilise India as a manufacturing and engineering base to grow the company's India operations. "Every company across the globe is under a lot of pressure to reduce unnecessary costs. It makes no sense to import products from North America or Germany to sell in India.  However, a component made in India must have the same quality as the one made in North America, Japan or Germany. I am pleased to say that it is the case for our Valiant-TMS India operation," says Elias. 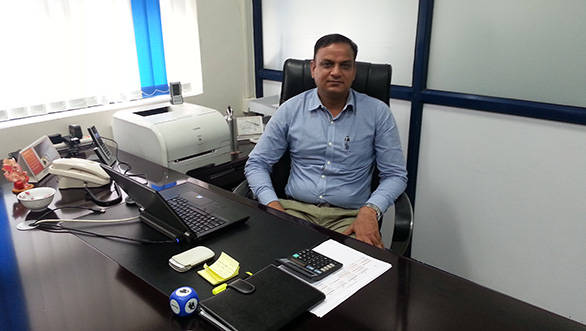 Currently, Valiant-TMS Systems earns a majority of its revenues from its automated production systems for vehicle Body-in-White welding rather than powertrain systems. Krishan Atri, Managing Director and CEO, Valiant-TMS Systems Asia Pacific, asserts that this is likely to change soon. He said the company will also be introducing its flexible robotic washer technology in India. With robotic washers providing a superior cleaning and drying flexibility that improves reliability and reduces life cycle cost, Valiant expects powertrain will eventually contribute to 50 per cent of their business in India. Currently, the Indian branch is only providing support for the installation and commissioning of robotic washers in Thailand.

Elias points out that the use of automation (robotic, etc.) to perform humanly difficult tasks has been the norm in most developed countries, and "as India emerges as a major producer of automobiles, we are beginning to see more and more inquiries for automation in tooling".