TVS Raider 125 and Ntorq ride in Nepal: Serenity and Serendipity

Nepal is a pretty exciting country to ride a motorcycle through. Having ridden there before, I'm aware that once you get out of a populated city like Kathmandu, it can be a very peaceful, relaxing and thrilling ride experience. The hills, valleys and surrounding mountain ranges en route to Pokhara  a popular tourist destination  make for a tranquil setting. 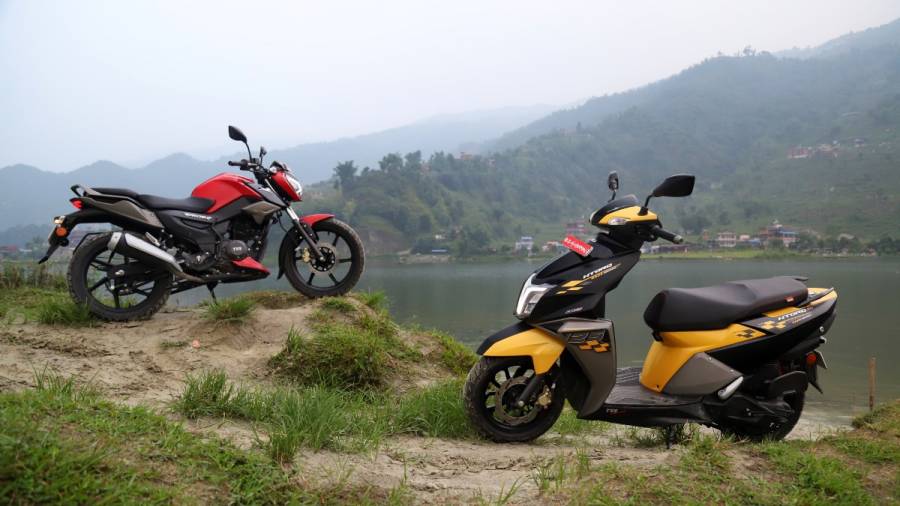 But when TVS laid down its cards by telling us that we'd be riding the 125cc TVS Raider bike and Ntorq scooter out there, I was a bit perplexed because I couldn't really see why an Indian vehicle manufacturer would take a couple of desi journos across to country whose roads would probably be in better shape than ours to ride vehicles that are designed to take on some of the worst possible conditions (like those back home) with a touch of sportiness. Anyway, I saw it as a good step away from the rat race back home. Still, unknown to the bunch of us, Mother Nature had a strong hand to play on this table. 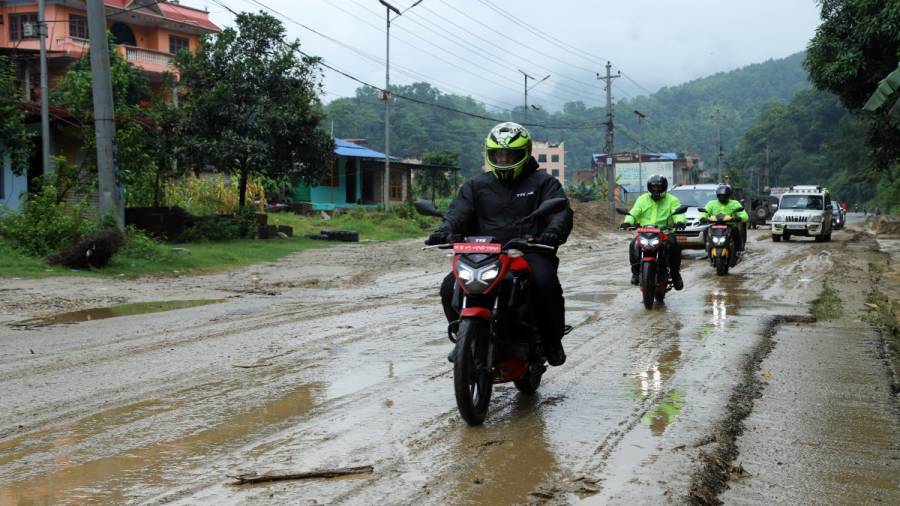 As soon as we got to Kathmandu, it became apparent that the Ntorq scooter was clearly a hot-seller in this part of town. There literally was no corner you could turn and not see one. I was happy to be given the keys to one of the Raider motorcycles when we set off, because I kept thinking that we were going to be out of the city soon and I fancied taking on the long winding roads on a motorcycle rather than on a scooter. 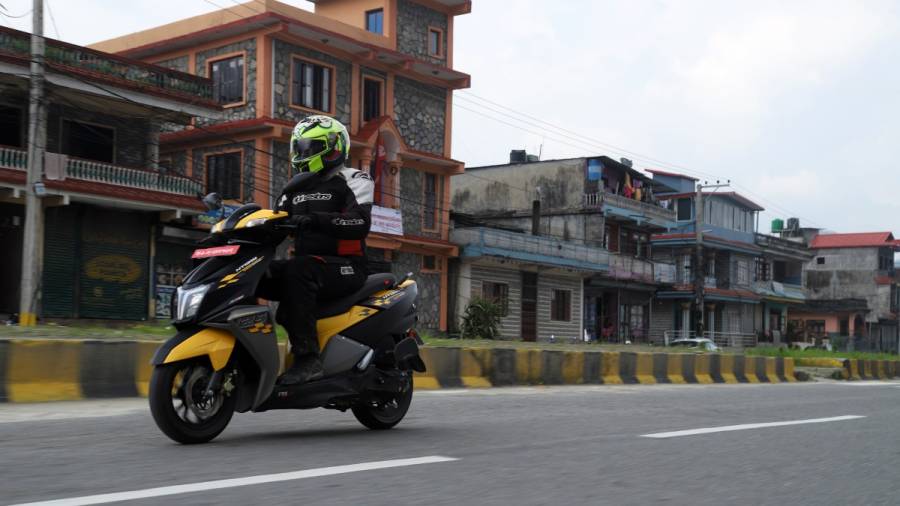 That, and the Race XP, my favourite of the TVS Ntorq lot, wasn't sold in Nepal yet. Which brings me to something interesting that I found out from the guys over at Nepal Drives - an established Nepalese auto publication - who joined us on this trip. Nepal imports most of its vehicles with only a handful of vehicle assembly plants present in the country and the import taxes are, to put it simply, through the roof. For instance, there are currently four variants of the TVS Ntorq scooter sold in Nepal  the base TVS Ntorq 125, Ntorq 125 Race Edition, Ntorq 125 Super Squad Edition, and the BS6 Ntorq 125 Race Edition. The base TVS Ntorq 125 is priced at Rs 2.21 Lakh for the drum brake variant and the cost goes all the way up to Rs 2.85 lakh for the BS6 TVS Ntorq 125 Race Edition. Also, something like a Maruti Alto costs somewhere in the region of Rs 18-20 lakh. Yes, one Indian Rupee equals 1.6 Nepali rupees, but still, when you see the high number of two-wheelers and high-end cars you can't help but do the math, and be amazed. 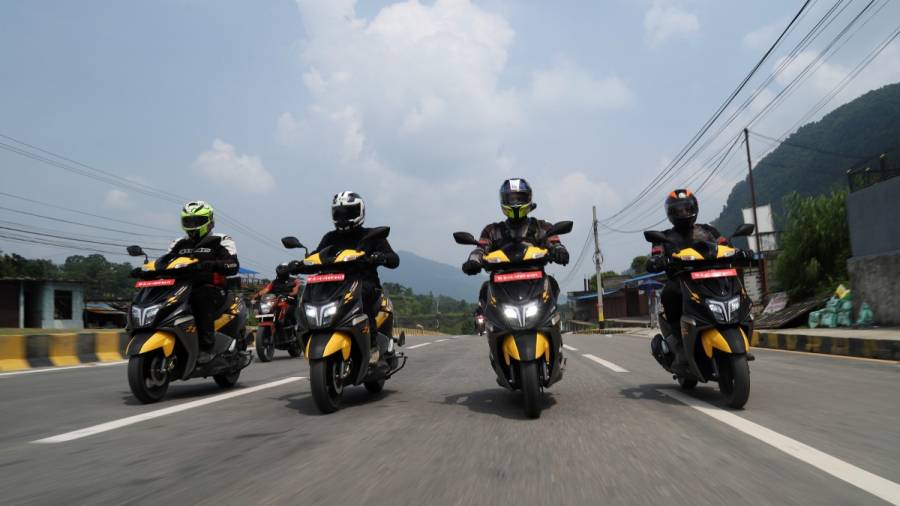 Anyway, back to the ride  yes, Mother Nature definitely had a plan of her own mapped out for us. Day one of the ride would see us ride around 200km from Kathmandu to Pokhara  which would be the most exciting part of the trip. The plan for day two was to ride down to Bharatpur, and day three would see us hop back over to Kathmandu and complete the loop. The route on day one usually wouldn't take more than six to seven hours to complete considering that it was the onset of the monsoons and that we'd be taking a lot of breaks for photos and to regroup. Post our first decent photo op for the day around Pida, by one of the many bridges over the river Trushuli, we had once again set off towards Pokhara but were greeted by a ginormous traffic jam that spanned as far as the eye could see, and further than any of us could ever have imagined. The cause  landslides; the result  utter chaos. 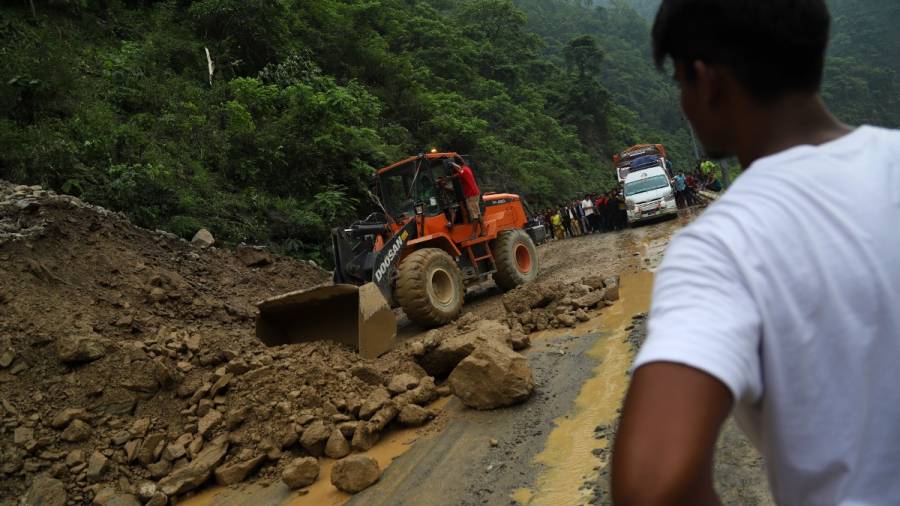 The single-lane highway had traffic going either way and a quick chat with some of the locals had revealed that some of the cars up ahead had been stuck for more than 12 hours and that the traffic jam was up till a junction more than 30km ahead. No real problem for us on the Raiders and Ntorqs though. Snaking past traffic was a breeze at first, but there were stretches where we had to literally fold our mirrors and take five-point turns to wriggle past long lines of busses and smaller vehicles scattered about the place, at a stand-still. 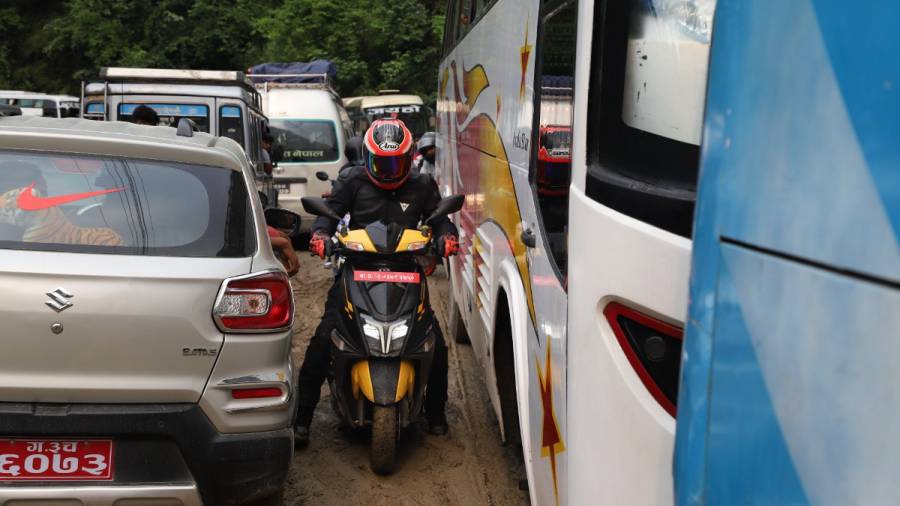 There were some landslide areas where as soon as the big excavators machines had managed to clear a temporary path, the traffic would ease into it. These patches were newly formed slush pits riddled with boulders which proved extremely tricky to navigate through astride a two-wheeler. Especially with small rocks tumbling down the recently sunken patch of land with a now steady flow of water filling the pool that vehicles were trying to get through, while the sound thunder, cracking like a whip, added the perfect background score to the eerie, grey-skied scenario. 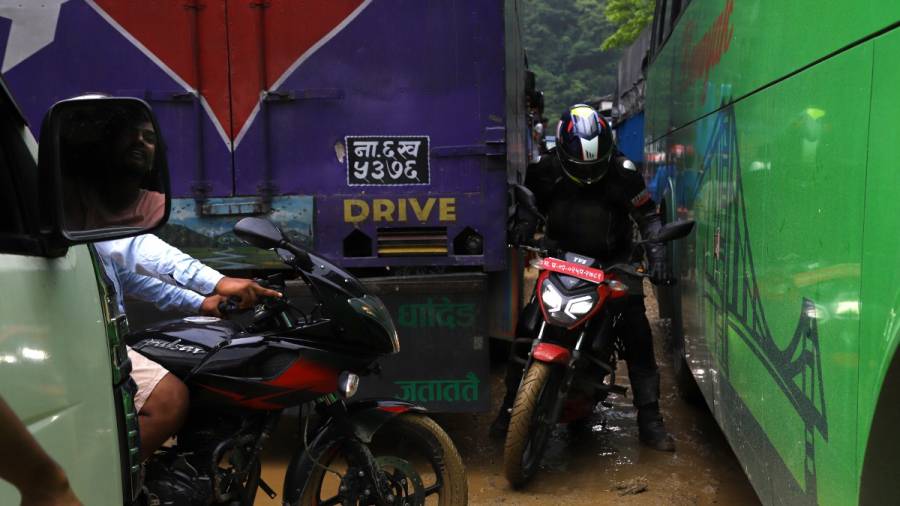 But thankfully after some lumpy jumps and unsettling slides, all our TVS vehicles made it through without too much fuss. It was tiring but the fun wasn't over just yet. We still had quite a long way to go to our halt for the day, in the dark, and leave it to Mother Nature to rain on our parade again, just with a hint of added vengeance this time around. Watching the Raiders take a pounding when we hit ditches under veils of water and some Ntorqs mimicking submarines in some low-lying stretches was a bit scary at first, but seeing both man and machine emerge from the ordeals unphased reminded me of how outstandingly rigid  both the Raider and Ntorq are. I had a pillion rider through most of the rough stuff, and once we were through, both of us strolled into the hotel bar, with no aches or pains. After a gruelling 200km ride through the mountainsides peppered with chaos, which lasted an ungodly 14 hours, we had reached our destination safely. 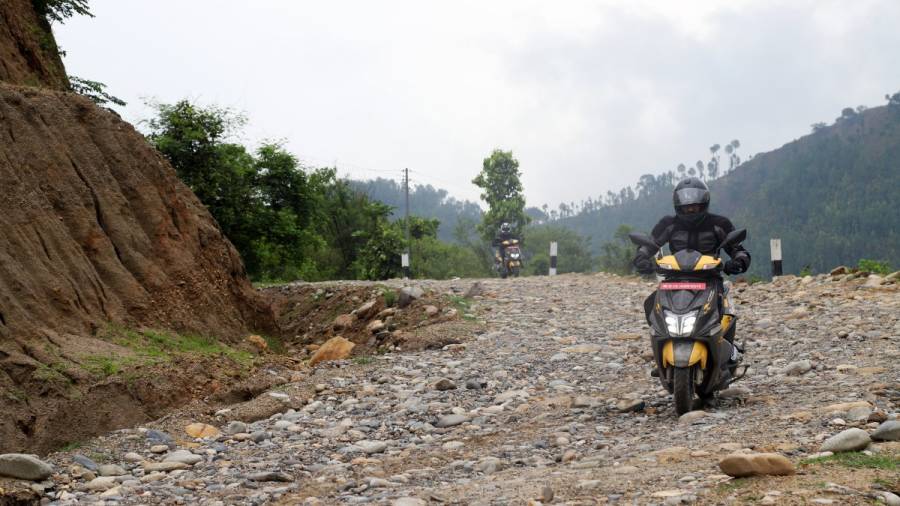 The next couple of days that followed were a lot more relaxing in comparison, but if there's anything that I took away from this trip, it'd be the fact that with the challenges we faced that day  the TVS Raider and the Ntorq proved to be tough, relentless and most surprisingly unaffected by it all. I've seen more purpose-built machines buckle under such pressure. 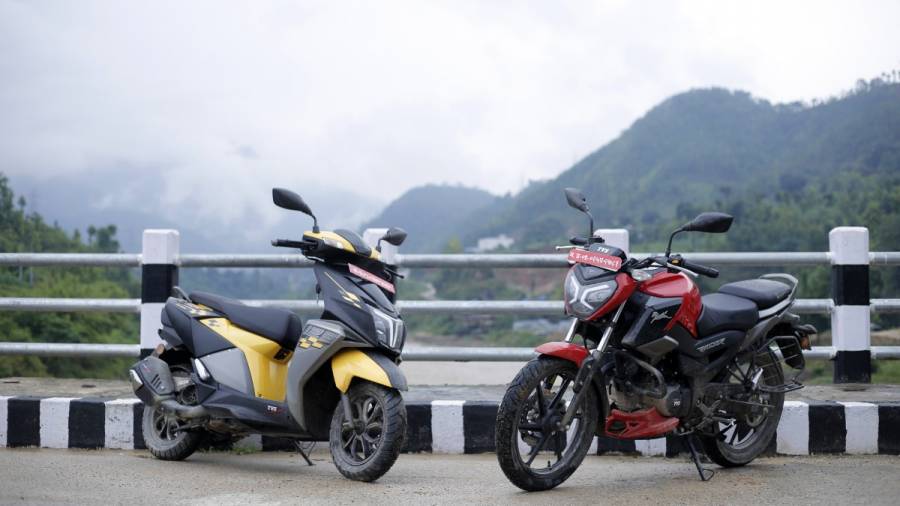 What I thought would be a relaxing leisure ride, turned into a gruelling adventure  which was brilliant. The fact that the machines didn't let any of us down at any point was remarkable. This was all testament to the accolades both products have been receiving back home. No wonder there's so many of them up, not only in the Nepal, but out here in India too. They're sporty, comfortable, they feel almost indestructible, but most importantly, the pair are a real hoot to ride.