The fact that TVS Motor has sold over 1,00,000 units of the Ntorq 125 in just over a year, bears testimony to how well-packaged it is. Of course, it has also been one of the most popular long-termers in our fleet in the past year  it was supposed to be my designated long-termer, but almost every time I've come back from a trip, I've found out that someone or the other had been riding it in my absence! And why not. The Ntorq has impressed us for various reasons. Topping that list is the performance  I've never had trouble accelerating ahead of most vehicles save for overzealous bikers whose egos have been hurt, thanks to an automatic scooter out-accelerating them. Build quality and reliability haven't left me anything to complain about either  except for a rattle from the exhaust shield and the kick-starter not engaging a few times, I've faced no issues whatsoever. 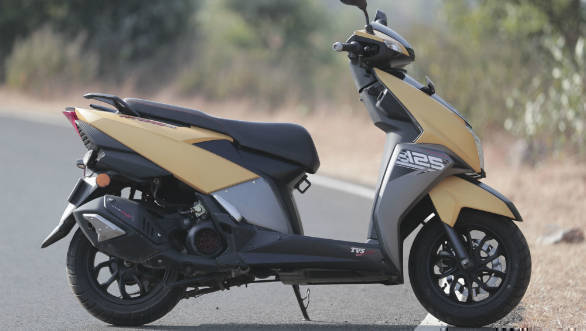 Also, my commute in Mumbai currently consists of several roads undergoing repairs but the telescopic forks take it all in without any protest. On the same note, tubeless tyres have proved to be a boon multiple times too. Having the fuel filler cap at the rear instead of the underseat storage helps when refuelling, but it would have been even more convenient had TVS engineered its unlocking mechanism into the handle lock itself. 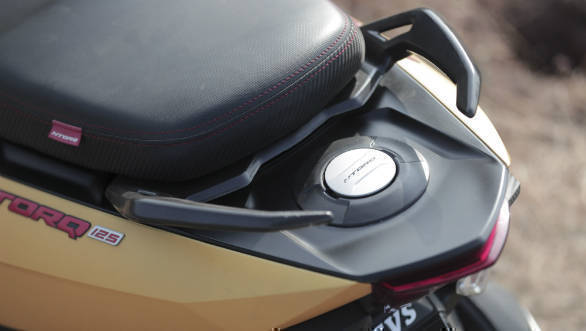 On that note, the five-litre fuel tank calls for refills regularly as efficiency has been in the region of 35-38 kmpl only, though that also has a lot to do with my riding style. The scooter is headed back now though  and I end this report with a hope that there will be an updated version in the near future, which will make its way to the OD garage too!