From the last image you saw of the Triumph, the bike now looks quite different. Two things have changed. First, I went and got the blades (outer radiator cowl, officially) painted in black. Cost me Rs 2,000, about Rs 4,000 less than if I'd ordered an OE replacement set. They're matte now and if I think that doesn't go, I've been promised a free lacquer coat to shine it up later. And of course, there is the Puig screen which works rather well and to my eyes, looks rather good too. There's a full review coming up, so I'm not going to go into that.

Having read umpteen glowing reports on the Interweb, I finally asked Triumph to order for me the 15 tooth front sprocket - stock has 16 teeth - from the Daytona. Turns out to be the best Rs 2,000 I've spent yet. The installing took all of 20 minutes and the difference it makes is stunning. 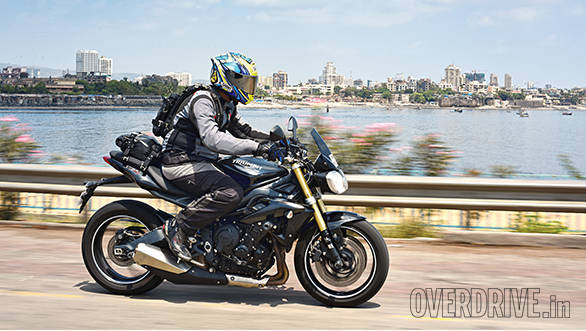 I haven't tested the bike yet to establish numeric differences, but the Triple instantly feels angrier and as if it spends more time in the meaty part of its rev band. Alternatively, I find myself in third or higher gears where I'd otherwise be in first or second. I'm sure the acceleration has improved and top speed has dropped from about 210kmph (indicated, 198kmph actual) but I don't care about the top speed. I like how fresh, alert and responsive the bike feels.

In fact, that's why another mod is on its way. I've just ordered a throttle tube from the Speed Triple which I think is 20 degrees shorter (from throttle stop to fully open, Rs 600 approximately) than the stock unit. As I noted at the track, I find the travel too long and nailing the throttle was an issue on short straights.

Rishaad's worried that it might make the bike - already spinning every freaking where thanks to Mumbai's dirty, shiny roads - too much of a handful once the rains start. Well we won't know until we try it right? Meanwhile, the rear Pirelli Diablo Rosso Corsa spins up at will and where there's a will, there's a wee!

More from OVERDRIVE on the Triumph Street Triple: 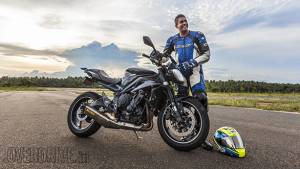 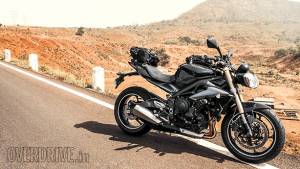