Weekends are special as they reward you for the hard work that you have put in throughout the week. While many have generic plans of spending a typical weekend, others prefer visiting cliched destinations. We decided to change that by choosing an offbeat holiday destination away from the convenient creature comforts of the urban jungle. This month we drive down from Mumbai to a place which is nearly 300km away, called Chiplun in Maharashtra. Instead of taking the conventional route through Mumbai-Pune Expressway, we chose the NH66 as the later is known to offer a more scenic route. 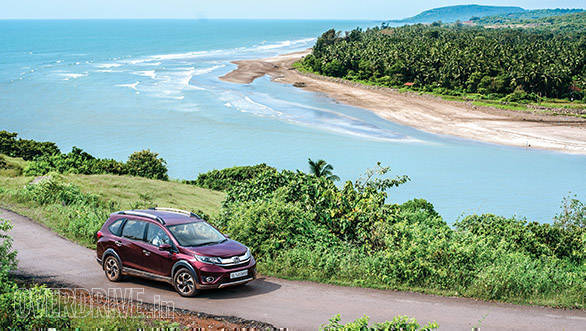 The destination was uncommon and so was the route. And so our vehicle should be different too, right? We wanted the practicality of an SUV as the route was supposed to have lots of bad sections. But at the same time, the vehicle cannot be massive since we also had village sections to cross where the lanes are usually narrow, testing the maneuvering skills. A hatchback on the other hand would have been too cramped to make space for us and our luggage. The solution to all of that is a be ready vehicle that ticks all the right boxes, the Honda BR-V.
The famous phrase about Mumbai, the city that never sleeps, might have been coined by someone who was stuck in its traffic. Even after we started really early from Mumbai, the outskirts of the city had a huge jam making the cars proceed at a snail's pace. It did get irritating to deal with at the beginning but then we connected our phone to the Honda BR-V's new Digipad infotainment system that also has mirror link along with voice command recognition. The Mumbai-Pune Expressway is the most recommended route for it has well paved sections that allows one to travel safely at higher speeds. But the intention of this road trip was not to reach our destination at the least possible time. A search on the navigation unit showed the alternate NH66 route that leads to Chiplun through Kolad. The Honda BR-V diesel is powered by a 1.5-litre i-DTEC motor, which also does duty on the City, Amaze, Jazz and the WR-V. Honda has sold more than three lakh units of this engine in India. The 1.5l diesel makes 100PS/200Nm, which can be truly felt as the BR-V started cruising on highways. While crossing Kolad, we got some fantastic sections of road and the BR-V impressed us with its sparkling performance. Just as we were enjoying the drive, we entered Mangaon, a small town with narrow lanes populated with heavy traffic. In some sections, we were driving in bumper to bumper traffic but the light clutch took care of all that with much ease. Finally as the sun decided to call it a day, we arrived at our stay for the evening, the Riverview Resort in Chiplun. 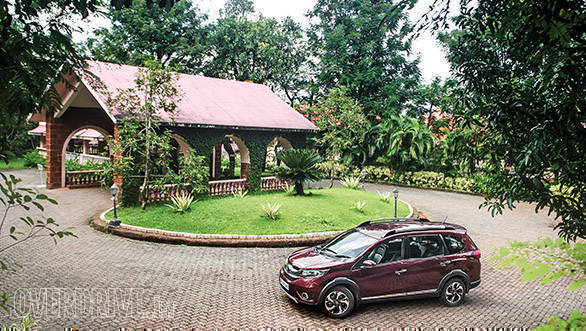 Operational since 1988, the Riverview Resort is located about 8km from the main township area. What makes it soothing are the lush green trees that surround the leisure resort everywhere. In addition to that, the spacious and comfortable rooms along with delicious food and courteous staff, made sure we got an enjoyable experience. The next day as we were exploring the nearby areas, we came across Sawatsada water falls which is the most recommended touring attractions in Chiplun. 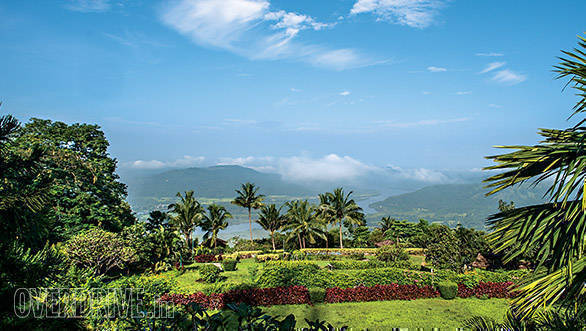 The diesel motor in the Honda BR-V is one of the most efficient units in the segment, which means you can enjoy a longer range without frequent stops at fuel pumps. But more importantly, it also means that the BR-V leaves a comparatively smaller carbon footprint. Our next stop too is known for the same, except its scale of operations is much much larger and grander. One of Maharashtra's largest dams, Koyna Dam is popular for its hydroelectric power plant that has a total capacity of 1,960MW. The dam also provides drinking water as well as water for irrigation to the nearby areas. Additionally, Koyna Dam also has necessary provisions of six radial gates that will take care of flood-like situations during the monsoons. In fact, the Koyna dam has already witnessed the devastating 1967 Koynanagar earthquake, which it stood against. 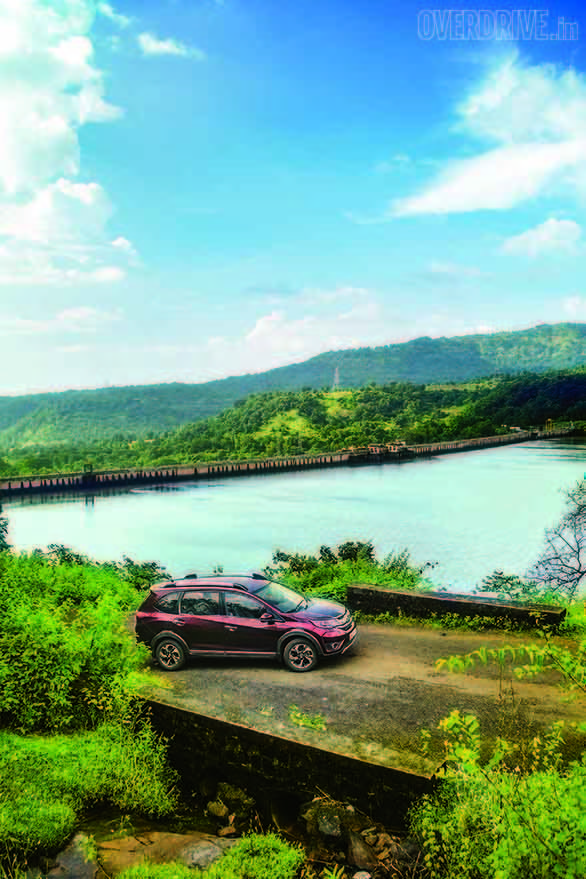 We then headed towards Murud beach, that is located on the shores of Arabian Sea. It is one of the cleanest beaches and is surrounded by hills on all sides. The sight of the beach's vast expanse complimented by the greenery everywhere make you spend more hours just witnessing the natural beauty of Murud. Luckily as we were about to conclude for the day, it started raining heavily. However, that didn't seem to stop the explorers in us. This time around we decided to head back to Mumbai using a different route. Even though the route was scenic, it had tremendous bad sections. The McPherson strut in the front and the torsion beam in the rear, impressively, swallowed all of that with great ease. Adding to the confidence was the 210mm ground clearance. In fact, we were skeptical if the alloys would take in such harsh surfaces, but they were just fine. 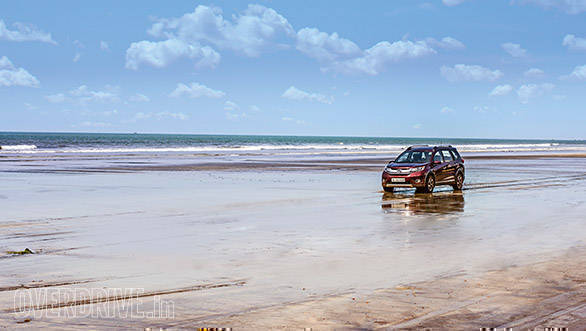 As we closed in the gap towards Mumbai, a quick recap of the trip made us realise that sometimes an off-beat destination and a different plan is all we need to alter the rut of mundane life. The memories that this trip gave us will be cherished for long.