Many cities in India stake claim for the best Diwali celebration, but Mumbai celebrates the festival of lights like no other. Here's our take on the best places and sights to see in and around Mumbai on your Diwali vacation.

It's been my home for the last two years, and I now proudly count myself amongst the 20 million odd other 'Mumbaikars' who also call this city home. With this many people living within its ever expanding boundaries, Mumbai is by far the most populous city in India. This land of opportunity is also the commercial and entertainment capital of India and contributes as much as 5 per cent of India's GDP. Its natural port contributes a lion's share towards the countries maritime trade revenues, and it's also home to the Bombay Stock Exchange and the National Stock Exchange of India. But its biggest claim to fame is being the home of the Hindi film industry, Bollywood.

The wide range of industries and businesses ensures that the city is a melting pot of cultures, cuisines and people. This constant inflow of people and influences means that Mumbai always has something new to keep you entertained, be it a play running in one of its many theatres or a drink at F Bar, yes the Michel Adam one.

You also notice that it's a city constantly on the move, easily noticeable in the Mumbaikars quick gait. Everyone seems to be going somewhere and they're always in a hurry to get there. It's no surprise then that Mumbai's public transport system is one of the best in the country, and also one of the safest.
The local train system though is Mumbai's real lifeline with a majority of the working public making a daily commute of over an hour from their homes in the suburbs to the main city where most of the
industries and business are located.

Witnessing this daily commute is something that shouldn't be missed; you'll be left in awe of the sheer number of people that one local train can hold. It's best done by visiting one of the large stations like Dadar or Churchgate in the morning. A word of caution though: avoid using the trains during the rush hour, unless you fancy an experience similar to getting a massage inside a sauna by a dozen masseurs all at once. This crowd is the result of the umpteen career opportunities that the city promises.

The palatial Taj Mahal Hotel next to the Gateway of India

One item on your lists of things to try is a Wada Pav. It's a deep fried spiced potato patty that's tucked into a bread bun along with some sweet and spicy chutney, making for a cheap, quick snack. With people coming from all corners of the country to make this metropolis their home, it's but natural that they bring along a bit of their culture along with them. So you really can find a restaurants that serves food from all across the country, prepared quite authentically as well. The cosmopolitan nature of the
people living the city also ensures that restaurants serving fare from other parts of the world are well patronised too and leaves one spoilt for choice when it comes time to pick a place to eat.

One item on your lists of things to try in Mumbai is a Vada Paw!!

The festival
Diwali is celebrated at the end of the harvest season and traditionally small oil lamps called 'diyas' are lit all around houses to celebrate the triumph of good over evil and to invite goddess Lakshmi (the goddess of wealth) into their homes. It's a national holiday and a time that is traditionally spent with family. Firecrackers are burst to drive away evil spirits and sweets are distributed amongst friends and family. And while Mumbai may not be one of the most traditional venues to witness Diwali, it is arguably one of the most spectacular. Bertrand, our editor had one interesting experience when he was flying into Mumbai during Diwali, and as his plane was about to land post sundown, he was treated to the most awe-inspiring display of fireworks bursting seemingly just under the plane. Another place to witness an equally spectacular display of fireworks is along the Marine Drive. The arc of the queens necklace provides a brilliant backdrop as the exploding fireworks are reflected in the sparkling waters of the
bay.

There are a great many places to visit in Mumbai, but the best place to start your exploration of the city is in south Mumbai. The beautiful Gothic and Victorian architecture of the buildings, still standing from the colonial era, is subject enough for a whole afternoon of sightseeing. Then there is the Gateway of India that is overlooked by the Taj Mahal Palace Hotel, but be prepared for large crowds, especially during the holidays.

The Sea link, which is a pilgrimage of sorts for car owners and architecture lovers

We end our journey overlooking the city that never sleeps! 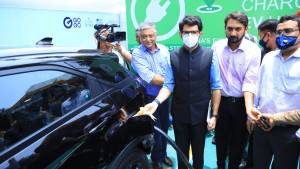 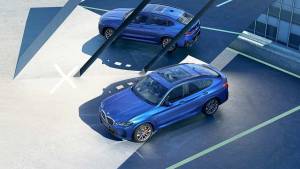 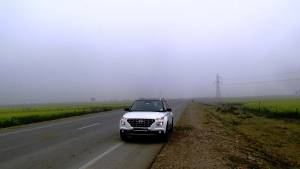