SUVs have taken the global markets by storm and while the definition of SUV is diluted to crossovers and soft-roaders, we are lucky to have some genuine go-anywhere SUVs. Toyota Land Cruiser is nothing short of an icon and it has crossed over 70 years of production. With numerous generation change and over 10 million LCs being sold worldwide, we trace its roots way back to when the LC was born. 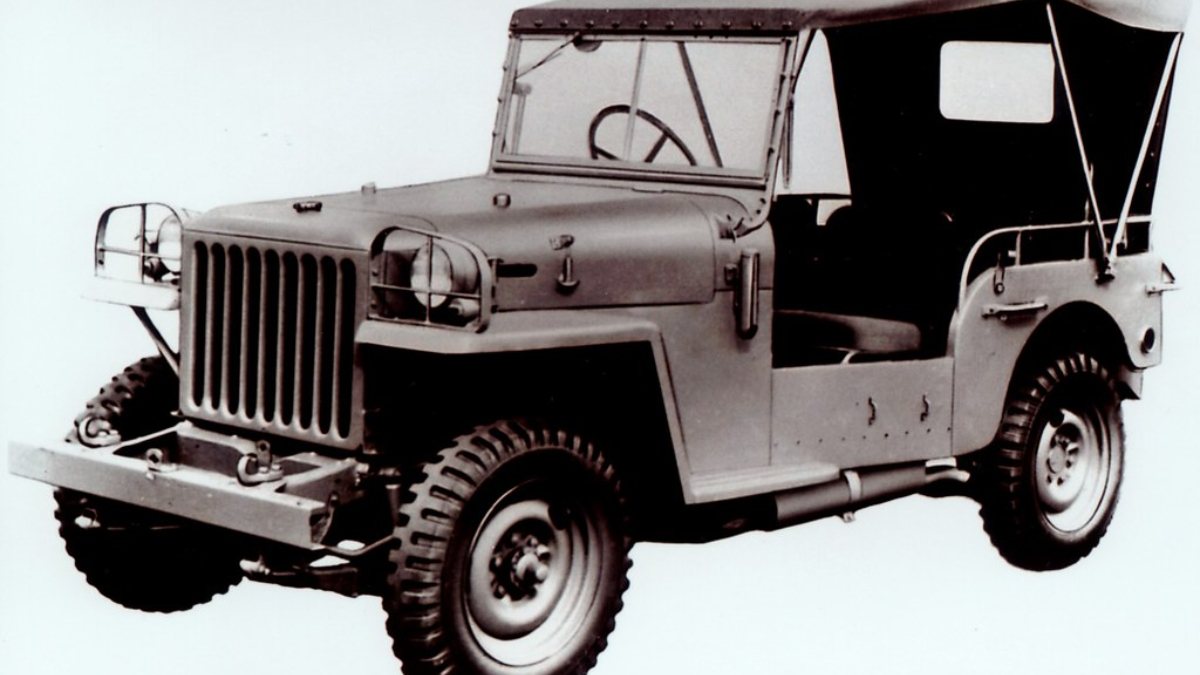 The inception of the Land Cruiser

The Land Cruiser was born in the year 1951 and christened BJ Prototype. On special order from the U.S government during the Korean war, Toyota was tasked to manufacture the BJ on Willys specifications. Despite that, the BJ prototype was larger and more powerful than the original Jeep as it boasted a 3.4-litre inline-6 petrol engine. The BJ and FJ series served military purposes well and hence, Toyota decided to continue with the series. It was the year 1954 when the BJ was christened with the now-legendary Land Cruiser name. The moniker Land Cruiser was chosen to take on the British SUV maker Land Rover. 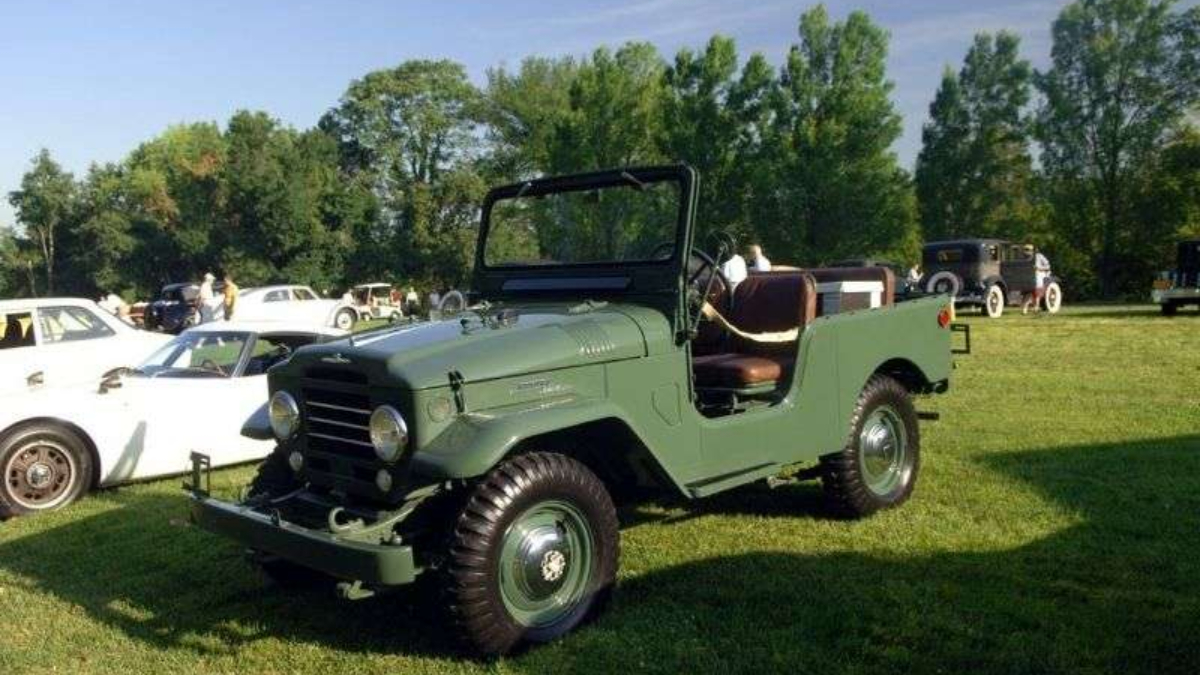 In 1955, the second generation of the Land Cruiser was revealed, called the 20 Series. The 20 Series was launched in J20 and J30 models and targeted towards civilians. It offered comfier seats, modern bodywork and styling, forgiving ride quality courtesy of leaf springs, and a more powerful 135PS six-cylinder petrol engine. The Land Cruiser was a 2 door model until 1957 when a 4-door derivative was launched called the FJ35V. 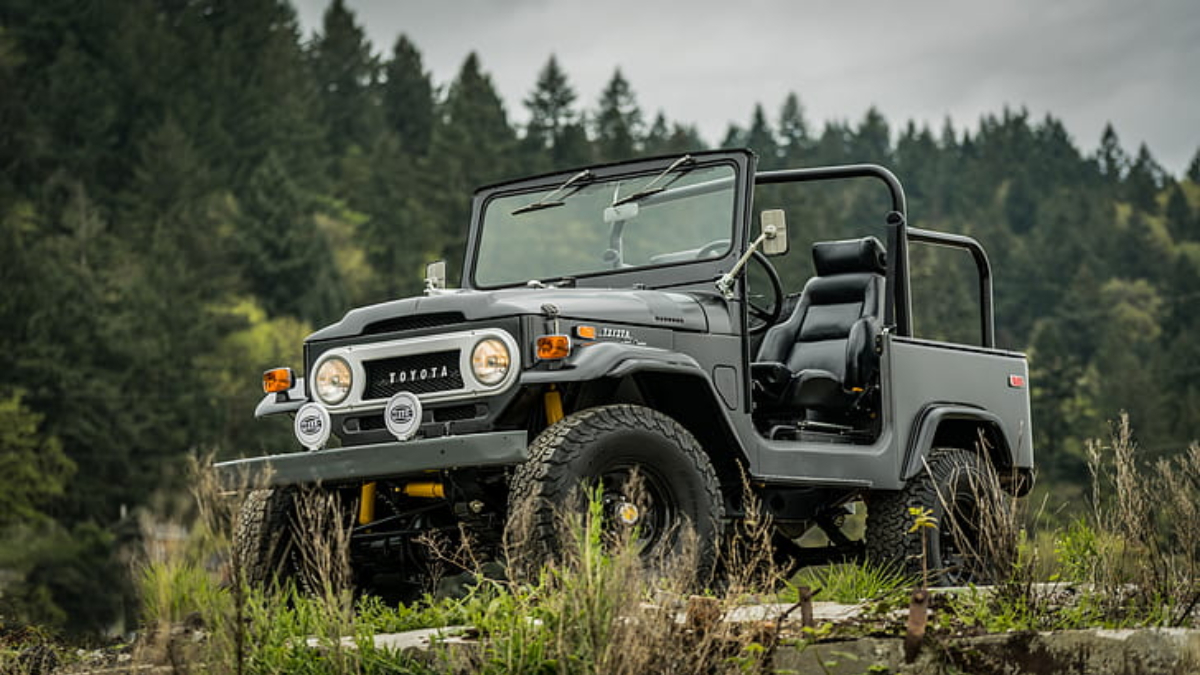 J40 Series - the first one with a low-range gearbox

Skipping the smaller changes made to the Land Cruiser range, the world saw the J40 series in 1960. The J40 was the first Land Cruiser to receive a low-range gearbox and in 1965, it became the best-selling Toyota in the U.S. In the year 1968, Toyota touched the 1,00,000 milestone with the Land Cruiser and by 1973, the figure climbed up to 3,00,00 units. Toyota then also launched the station wagon and pickup derivatives of the J40 Land Cruiser. 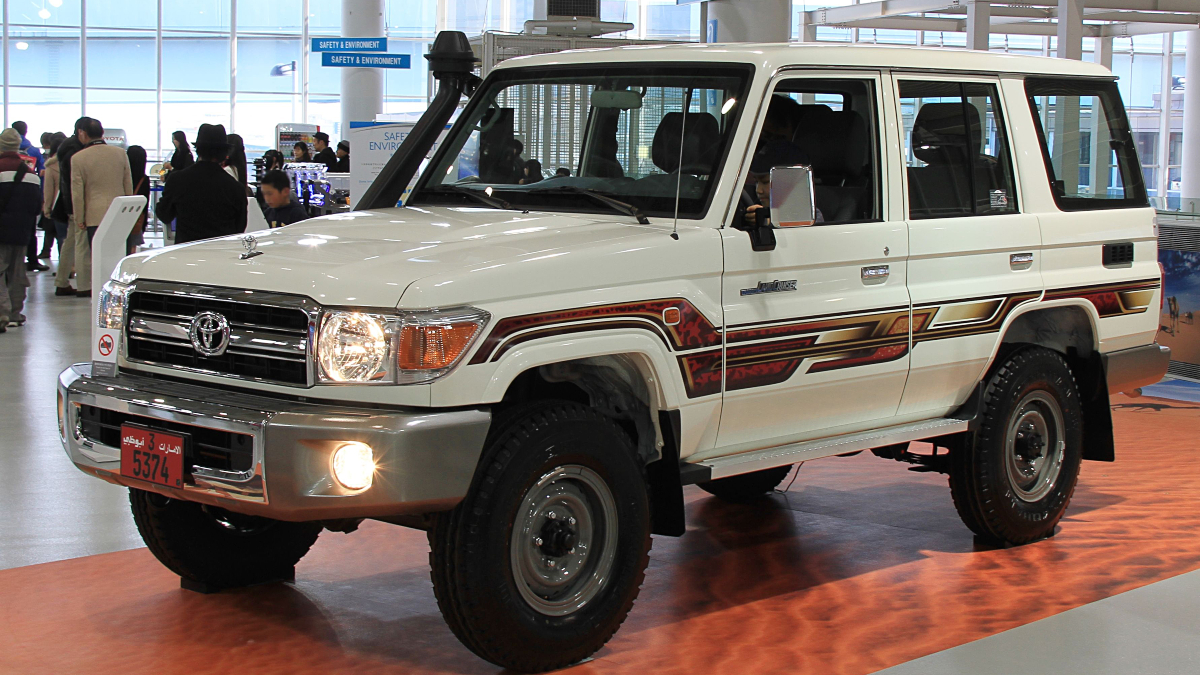 The J40 Land Cruiser served for 24 long years and the J70 Land Cruiser hit the market in 1984. The J70 Land Cruiser was the turning point for the SUV as the brand put more emphasis on comfort than offroad prowess. Then came the J80 that saw a complete shift to luxury ride quality and comfort, while retaining its legendary offroad capabilities. The J70 featured 2L-T (T stands for turbocharged) and a 2.4L diesel engine. The J70 was also the first four-wheel-drive Japanese car to offer an automatic transmission option. 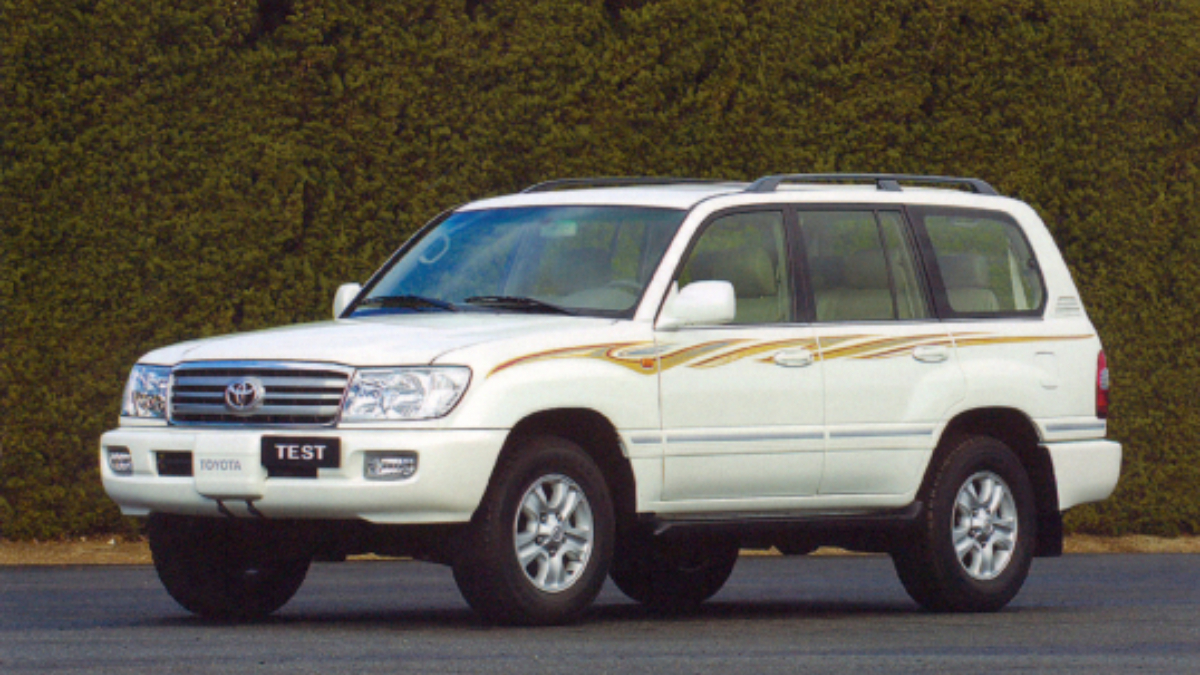 J100 Series - the turning point for the icon

Then came the year 1998 with the J100 Land Cruiser - the one we all adored to the fullest. The silhouette of the J100 has been carried over to the recently-unveiled J300 Land Cruiser. The J100 Land Cruiser took use of the advanced TEMS suspension system with Active Height Control (AHC). In the year 2002, Toyota debuted the world's first active automotive night vision system with the J100. These are the features that took the Land Cruiser way ahead of its time. Till now, the Land Cruiser had shifted from rigid front axle to independent front suspension to offer good dynamics and comfort. However, to keep the off road junkies smiling, Toyota continued to offer rigid front axle with the 105 models.

Toyota also plonked the V8 petrol engine in the J100 Land Cruiser to improve sales in the North American markets. In the year 2000, Toyota celebrated the 50th anniversary of the Land Cruiser and sold 3.72 million vehicles till that date. 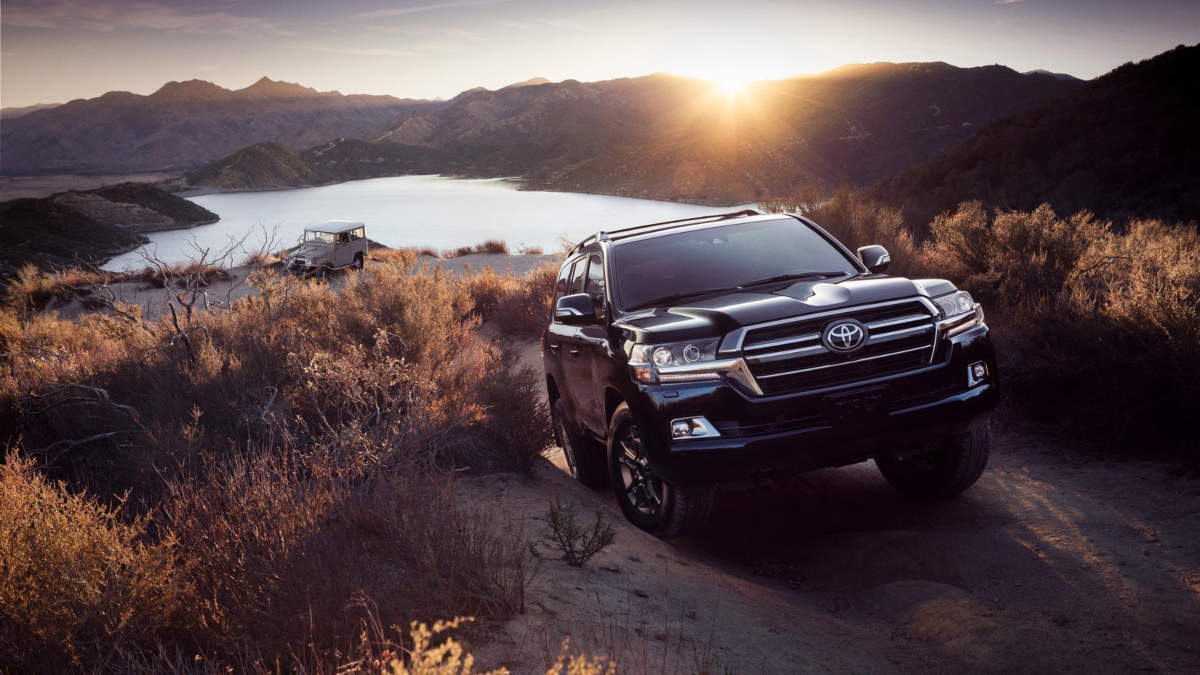 The J100 series was put to rest in the year 2007 and Toyota announced the J200 Land Cruiser in the same year. The J200 Land Cruiser is still one of the most capable go-anywhere SUVs on the planet. It shared its overall design and underpinnings with the Lexus 570, like previous generations. The LC200 was a full-blown luxury SUV with features like 10 airbags, keyless go, four-zone climate control and a lot more. The LC200 also featured Toyota's off road cruise control and much more offroad-oriented tech. In the year 2017, Toyota launched the facelift of the J200 and it boasted cosmetic changes along with a new automatic transmission.

After the legacy of 70 years, Toyota has now unveiled the 2022 Land Cruiser, also known as J300. A lot hasn't changed really but the new LC300 sits on an all-new chassis and ditches V8 powertrains for twin-turbo V6s. Toyota won't offer the new Land Cruiser in the American markets. There is no official news regarding the India launch of the J300 but if that happens, launch timeline is expected to be late 2022. 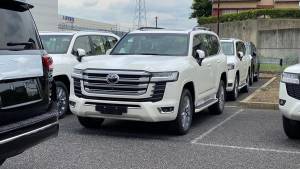 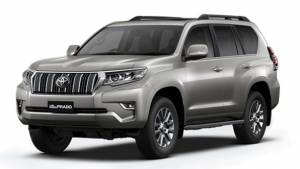 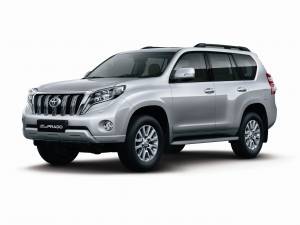