We just took a trip to Malaysia to witness one of the toughest off-road events in the world  the Rainforest Challenge. Although there was so much happening there, here are our top ten moments from the event.

The first day of the RFC was far from the jungle. In fact, it was right in the middle of Kuala Lumpur in the Publika Mall. The open floor in the centre of the mall was quite a joyful sight with large 4x4s of every shape and size squeezing past the large crowds. The first four stages of the prologue round spared the competitors of all the slush and muck that the RFC usually provides. But the organisers more than compensated for that during the two night stages the set up. There was slush and mud flying in all directions, covering not just the competitors, but the spectators too! While the convoy made its way up a steep hill towards camp, the 4x4 ambulance managed to roll over to its side half way through. One passenger got a little bruised, but if you look closely, you will notice that he didn't spill his coffee. Finally though, we used a winch and some good ol' fashioned man power to get it back on its wheels. After we managed to get the ambulance back on track, we got to a very large obstacle  large boulders jutting out of the road followed by a deep pit of slush. While the competitors' cars made it out without too much of a hassle, the rest of us were stranded there for 10 hours! This stage seemed to be the centre of attraction for everyone, especially the media. The stage ran 20 metres up a steep hill, took a sharp turn and came back down the same way. Most of them there didn't really care too much for what happened at the top of the hill. Everyone's attention was focused on the start-finish point because that's the place where every other competitor rolled over. 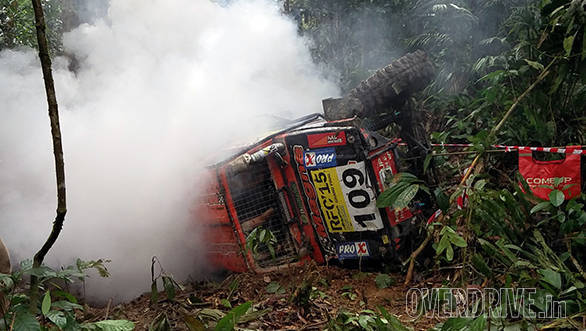 The Twilight Zone, which initially started off as a transport stage, took some participants 8 hours to complete, and others close to 40 hours. The competitors literally had to make their own way through a marked course that took them right into the dense forest. It started with an 80 degree zig-zag ascend up a hill, and ended with an 80 degree descend down a hill, with large obstacles scattered all over. The last three days were set with stages that ran in and around a shallow river littered with large boulders. While some competitors managed to have some fun in the water, the others weren't smiling too much by the end of the stages. 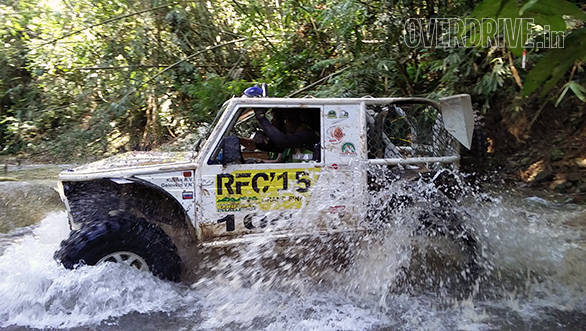 One of the last few stages was basically a rut full of slush that was deep enough to engulf half a 4x4. While most of them had to winch their way out of this one, some of them simply sped right through it without hardly any trouble. 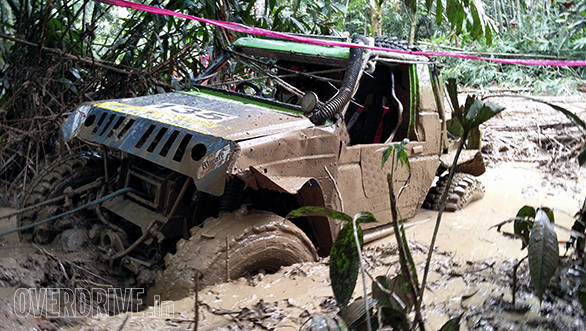 After crossing the river in this stage, the competitors had to make their way over a giant fallen tree trunk that was almost as big as their vehicle. Every now and then the organisers would ease up and let the competitors have a little fun by setting up speed runs. These are usually short, quick and easy sprints. But every now and then, they do tend to get tricky, especially at night, when large slush pits are barely visible. 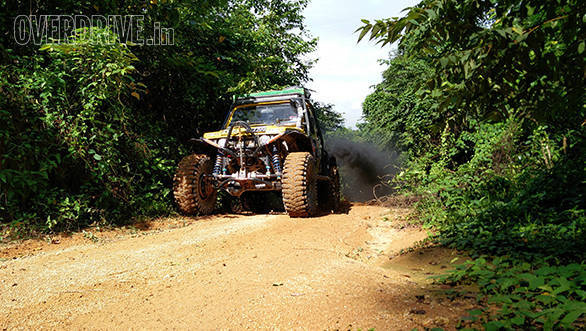 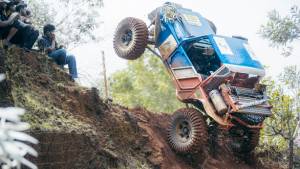 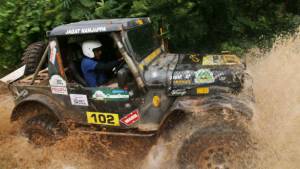