The AAA Foundation for Traffic Safety in America found that as many as 41 percent of drivers in their country have fallen asleep or felt drowsy while diving at some point of time in their lives. In 2008, the National Highway Traffic Safety Administration (NHTSA) found that as high as 16 percent of fatal crashes in America involved a drowsy driver though due to the difficulty in determining drowsiness some experts believe this number may be as high as 33 percent.

In India, there haven't been studies conducted peculiar to drowsy driving. So, these incidents tend to be hidden somewhere in accidents credited to the "fault of driver". Considering the number of accidents on our roads every day, any reduction in this statistic would be a welcome change. We'll try to shed some light on this potentially deadly act.

While falling asleep behind the wheel is clearly a disaster waiting to happen, just being drowsy is enough to get you in trouble. Being drowsy means you are less attentive, your reactions are slower, and your ability to make logical decisions also gets impaired as your body readies itself for sleep. We all can recognise the signs easily though - yawning, frequent blinking, drifting to one side of the road or missing a turn-off completely. But, it's what we do about it that counts.

But, before we get there, let's first understand why this happens. The most obvious reason is that we are driving for too long past bedtime, but there is more to this than meets the blinking eye. Studies show that we are constantly leading lives that involve longer and longer hours at work leaving us less time for other daily tasks. We still however perform tasks like eating, bathing and social engagements while our sleep time takes the hit. Irregular work hours are also another cause as our sleep pattern being disrupted causing us to be less attentive through the day. Studies have also linked people who suffer from sleep apnea (abnormally low breathing during sleep/heavy snorers) are especially susceptible to drowsy driving as they are not getting a good nights rest and tend to suffer from a constant feeling of being tired.

Prevention is the only way

Remember the five pointers above are all preventive measures to keep you from feeling drowsy. Rolling down the window, turning up the stereo, turning down the air con temperature once you are feeling drowsy only buys you some time. They are only temporarily delays to the onset of sleep and once your body is tired it needs the rest to recharge your batteries and there is not much you can do about it. So if you do feel drowsy and the yawning doesn't stop the only thing to do is to take a break or change drivers. Don't be afraid to admit you are sleepy and need to rest, it may just save your life. 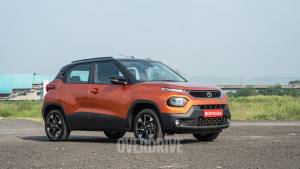