It's pretty hard to sift through the sheer number of F1 podcasts that abound on the Internet. Not to mention the number of F1 podcast episodes. We've done exactly that, so you wouldn't have to. Here are five of the most riveting F1 podcast episodes we've managed to listen to over the past few weeks in lockdown, with terrific stories being narrated by people from deep within the Formula 1 paddock. It's just an appetiser, that we hope will help you get sucked into the world of Formula 1, which is why we've picked three iconic F1 champions, one driver manager, one team boss, and there's a bonus podcast from the golden voice of Formula 1 himself! 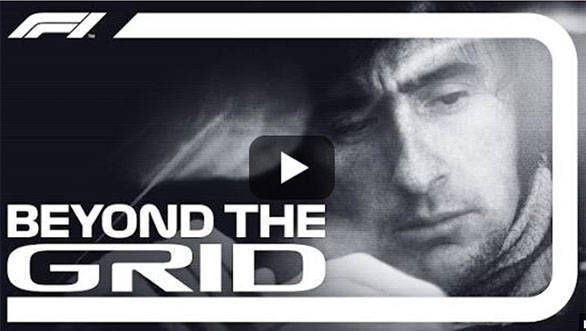 Sir Jackie Stewart is an extremely talented, iconic racing driver, a triple world champion who raced at a time when the sport was extremely dangerous, and a man who managed to miraculously emerge from that dangerous era of motorsport physically unscathed. In this podcast he speaks of fellow Scottish racer, and friend, Jim Clark. It covers everything from the time the two shared an apartment, to just how much of his racing techniques he credits to Clark. Stewart also remembers close friends who lost their lives on track (close to 57 in his time) at a period when the sport was much more dangerous than we know it to be today.  There's also plenty of interesting insight into why he quit racing at the peak of his career, to focus on business and other commercial ventures.

Tune in, if you haven't already.

Alain Prost will always be remembered in the world of Formula 1 for his fierce championship battles against rival Ayrton Senna. The two had some of the most controversial on-track clashes, that characterised an epic teammate rivalry. In this podcast Prost talks about his mental makeup through the '80s, his championship years, changing teams and that all-important complicated rivalry with his teammate  Senna. There's plenty of insight into how and why the two were not able to forge a friendship off track either. Prost also talks about his unhappiness about the way he was portrayed in Senna, the film, by Asif Kapadia.

The Professor's F1 podcast is a must-listen! 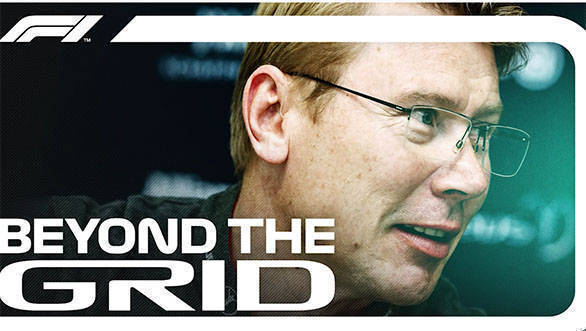 Finns are infamous for being monosyllabic, or so we'd learned from many post-race interviews from Mika Hakkinen during the time he spent in Formula 1. However, after his retirement from the sport, this Flying Finn's become quite a talkative bloke.

In this interview with Tom Clarkson we get an interesting perspective of what made Hakkinen the racer he was, his early racing years, teaming up with Ayrton Senna, his impression of him and their strained relationship. The meatiest part of the podcast though is when Mika digs deep and talks about his years fighting Michael Schumacher, even years before they had made it to Formula 1, as well as his championship years. Hakkinen talks us through both the drivers' psyche trying to give us an idea of what made each of them tick.

This podcast definitely leaves you with a lot of interesting information to process.

Julian Jakobi: Prost and Senna's Former Manager - Beyond The Grid - Official F1 Podcast
This podcast in my books is definitely one of the most insightful interviews I've heard in a long time that delves into the business side of Formula One. Jakobi is a well-known name in Formula One circles having managed not just Alain Prost and Ayrton Senna but also Michael Schumacher, Jacques Villeneuve and now Sergio Perez.

In this podcast he tells us about his ethics while managing drivers, ensuring he made good money for them while keeping the amount he made for every driver a secret and well as the complex business of honouring the client's confidentiality terms. He talks in detail about how impressed he was to be privy to the business acumen of Senna, of working with Senna's family post his death in 1994, and also speaks of his pride in bagging a year-long, fully-paid, sabbatical for Prost with Ferrari in 1992. Listening to this interview gives you an idea of a completely different world that is at play most of the time in the background of the sport.

You don't want to miss this one at all!

Toto Wolff is one of the most successful Formula 1 team bosses of all time, having galvanised the Mercedes AMG F1 team into the juggernaut that it is today. 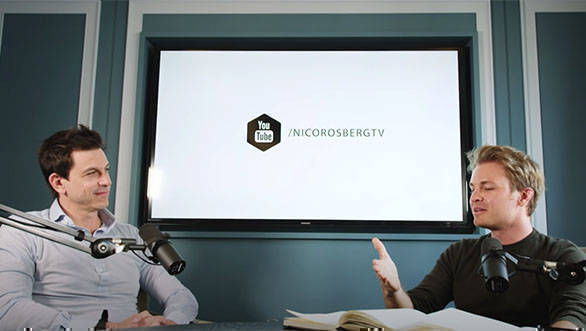 This particular podcast is special because it features 2016 Formula 1 champion, Nico Rosberg, interviewing his former team boss, Toto Wolff. What's great about Rosberg interviewing Wolff is the extremely relaxed, conversational and friendly chat you're treated to. Whether it's their debate on whether Max Verstappen is an overconfident, entitled racer, or going over their first impressions of each other when they met at Williams, or their chat on mental health and the stress of being in any sport, this is definitely a very 360-degree approach to life within Formula 1.

You hear about the competitive 'boss' Toto, get a glimpse of the wise, self-critical Toto: There's just a lot to take-away from this podcast.

Murray Walker - an icon in the world of Formula 1 - is also best known as the voice of Formula 1. If you're a passionate F1 fan, this man is the embodiment of the most passionate fans of them all.

In this interview Murray gives you an insight into the world of motor racing since the 1940s, in his words "when I started the driver had the engine in front of him, he was wearing cotton overalls and a skull cap, there were no run off areas and no armco (barriers). The medical facilities were minimum and the whole top half of the driver stuck up on top of the car"

Starting his Formula 1 commentary with BBC, the highlights of this podcast are his memories of his interactions with drivers like James Hunt, Nigel Mansell, Damon Hill and many more.

At the age of 96 (when this podcast was recorded) he distinctly remembers commentating on the fateful Imola race weekend of 1994, the weekend that saw multiple tragedies including the death of Ayrton Senna.

This one is for the history books folks, give it a listen.