Audi has recently unveiled the all-new A8 at the first Audi Summit in Barcelona. It has not only grown bigger but also has newer technologies as well as many standard features. The fourth-generation Audi A8 will go on sale globally this October, and India will get the car in 2018. Here are the five things that make the Audi A8 a game changer. 5. Perfumed interiors: The new Audi A8 is a big car and with it come big interiors and a lot of free space. Cooling that cabin is one thing, and I'm sure the A8 will manage that. What we couldn't believe is that the A8 has something other than ionisers to make the interior air quality feel fresh and pleasant. The A8 has something akin to a deodoriser which dispenses molecular amounts of fragrances into the car that brings to mind cherry summers or musky winters. You can choose what fragrance you'd like misting up your cabin, and we assure you it is nothing short of sensational. The A8 also has a unique feature that's a first for the segment -- feet massagers for the rear passengers. The optional relaxation seat for the rear passenger has a footrest that warms and massages the soles of your feet. Happy ending!

4. Touch everything: With the proliferation of touch technology, it was but obvious that the next generation of cars would heavily rely on touchscreens. Almost everything on the Audi centre console is touch enabled, except for the engine start-stop button, the volume control knob, park sensor ( though I'm not sure why that could not have moved to the touchscreen) and most important of all the 'AI' button that allows the car to take over driving duties. The climate control touchscreen also hides a scribble pad that you can write on, a scaled-up version of the smaller touchpad found in the previous-generation car. All the touchscreens have haptic feedback, so audio and vibrations lend a sense of a button being pressed. There's a very cool removable touchpad for rear seat passengers similar to what we saw in the BMW 7 Series, except it is several degrees classier than the 7's Samsung touchpad. 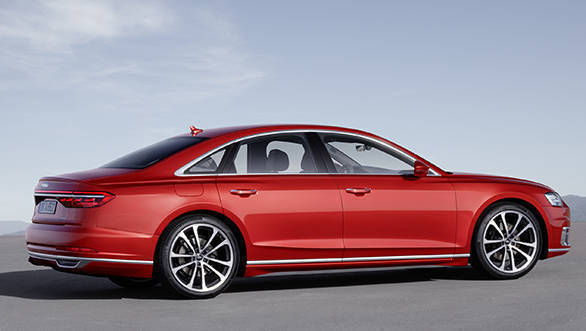 3. Active suspension: It is no longer enough that you have active suspension. Shock absorbers that adjust ride quality and height depending on surface condition and speed are so last year. The A8 has something called AI active suspension that individually controls each wheel and is capable of raising or lowering it using electric actuators. It has also got an advanced safety system, where in combination with pre-sense 360 degrees, the suspension can raise the car in microseconds if it senses an impending lateral collision.

2. Remote valet service: Yup, your car will not just find you a parking spot, it will park itself into that slot after you have stepped out of your car. And then when needed, it will find you again when you finish that meeting and are ready to head home.

1. Level-3 autonomy: The level-3 autonomous drive mode without a doubt is what will spearhead the A8 into another league. For the first time in history, an automotive manufacturer has offered autonomous driving capability in a series production car. The autonomous mode will be an absolute boon to drivers in urban conditions, especially in stop-go traffic. Using radar, lidar, ultrasonic sensors along with a stereo camera, the system will allow drivers to finally take their hands off the steering wheel and do anything else they feel like. With the A8, we've reached a whole new age of motoring.

What about on the flip side, here is where the new A8 falls short:

1. Interior design is sensational. It clearly outshines almost every other car in its segment. But there are clearly certain areas that look like Audi cut corners. Amidst all the glass, aluminium and wood, however, you can see minute bits of plastic and these aren't premium. Fortunately, these aren't glaring bits; Audi could have lavished a lot more attention on these details. 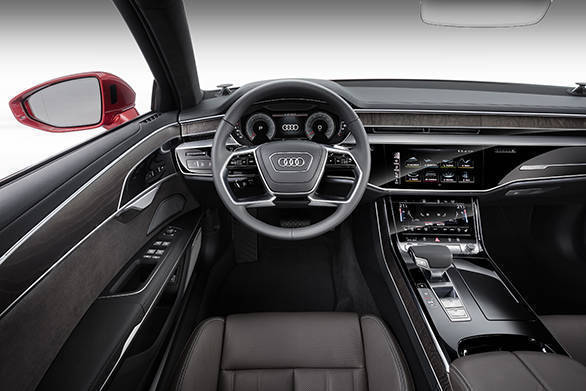 2. All those touch areas are fingerprint magnets and are going to look an unholy mess in no time. And there's an enormous amount of area covered in glass and piano-finished, highly reflective plastic. Get ready to keep a duster close at hand.

3. The exterior design could have been treated a lot differently. It appears too similar to the existing car, and the detailing does nothing to highlight the fact that this is one of the most technologically advanced cars in the world! It definitely looks dynamic and sporty, but does an Audi this futuristic have to look more like a facelift?

4. The normal wheelbase car does not feel as spacious as it should, especially in the rear. The long-wheelbase version is without a doubt going to be the car of choice for most. But even here, the cabin does not feel as airy as some of its competitors. The low roofline and the large centre stack areas both at the front and rear shrink interior space. 5. The use of radars and lidar is subject to local legislation, that means since it hasn't been licensed for commercial use in India yet, the autonomous drive feature won't be offered here which is a pity. Because without that flagship feature what you may have in the A8 could be several notches shy of spectacular. 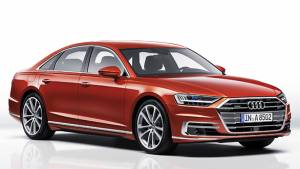