I love motorcycle boots. Since I started wearing them, I've been less and less inclined to wear anything less on the motorcycle and I know colleagues as well as other riders who've all made the same transition. As it turns out, my first motorcycle boot was - nearly ten years ago - an Oxtar. The company was later re-branded as TCX. TCX specialises in boots and the RS2-Evo is their current top of the line race boot. It's what, for instance, riders like Randy de Puniet wear in MotoGP. High Note Performance sells and distributes TCX boots in India and this RS2-Evo will set you back by Rs 26,500.

What is it for? 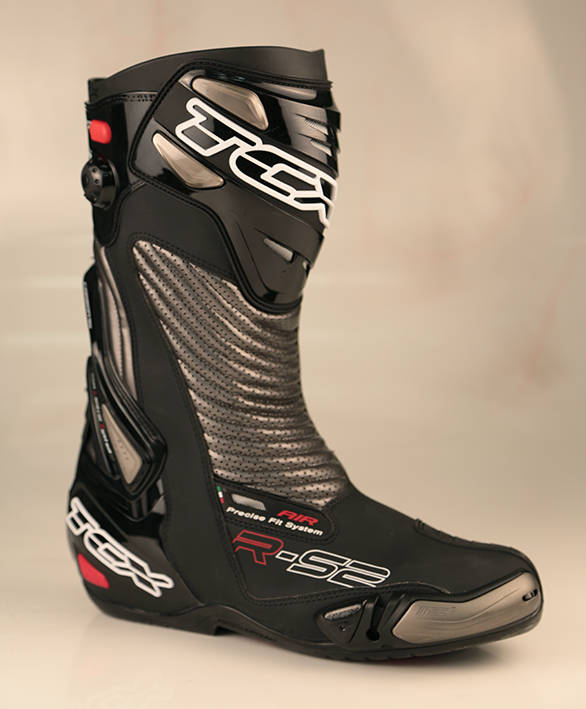 This is a full-on race boot. That means two things. A full race boot is expected to offer exceptionally strong protection while not messing with the feel of the motorcycle. Your ability to walk around off the motorcycle is less of a priority than on every other kind of boot in the process. Typically race boots offer lots of adjustment so you can tailor the fit to your foot so that on the motorcycle, the boot all but disappears and you can focus on riding the motorcycle.

What is is made of?
Motorcycle boots are complicated and the Evo isn't any exception. TCX has two well-regarded protection systems called the MCS and the TCS (metatarsal and torsion control systems) that protect your toe area and heel respectively. Both aim to allow natural motion of the foot but prevent hyperflexion (a joint moving past its natural range of motion) which tends to break things. TCS now includes carbon fibre bits. To these two systems, the Evo adds an air fit system that allows you to use a small air pump and a set of bladders to inflate the instep area to achieve a tighter, more snug fit. There is a also a small release valve to deflate the boot to make taking it off easier. The Evo also adds a speed lace system that makes the inner half-bootie easier to deal with, snug up and zip the boot up. 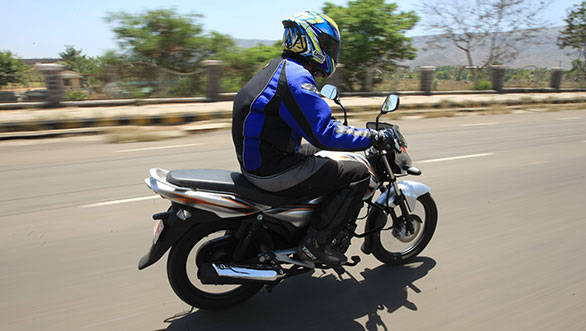 Outside of the systems, the boot has alloy toe, ankle and heel sliders

Outside of the systems, the boot has alloy toe, ankle and heel sliders. It has a polyurethane shin plate with air intakes and shift pads on both boots made from the same material. The inside of the boot has generous suede patches so that you can achieve greater grip on the bike without leaving any scratches.

How does it fit?

Very nicely, thank you! I really like the wide toe box that makes wearing this boot for hours very easy. My older boots (Sidi ST-Airs) had a narrower toebox that made me uncomfortable to a degree I didn't realise until I switched to these. The toe box is a bit taller though which means I've had to relearn my upshifts to fit the extra height under the lever without having to think about it. Putting them on is a bit of work. TCX (and Oxtar before them) tend to make a deeply convex curve above the heel that makes putting the boot on (and taking it off) a bit of work. But once you're inside, the boot is snug and extremely comfortable. It doesn't flow as much air as my previous boot used to, but I'm not getting sweaty enough to complain about this. The speedlace system is quick and the outer zip is then all that remains to be done before you ride off. My older boots used a plastic slider at the heel that was mounted with two Phillips-head screws on either side of the heel. This used to leave scratches on the bikes I rode - I use plenty of ankle pressure when I ride. The expansive suede panels have solved this issue on the Evo which leaves nothing on the motorcycle behind and gains a slightly shiny spot just above the inside heel vent. Taking them off is easy too, except for getting the heel out, that is. 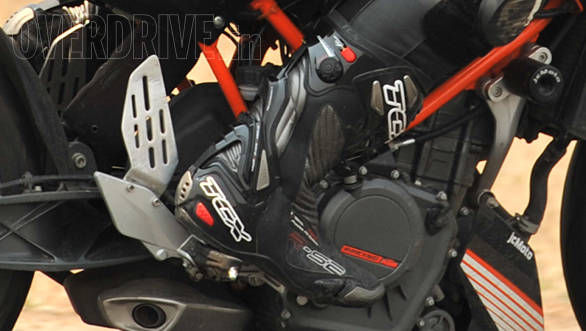 Full disclosure: while these are full-on race boots, I tend to wear them on every ride only switching to a set of waterproof boots during the rains. This means I walk in them and wear them for long periods of time - something these boots were probably not designed for.

How long have you used it? 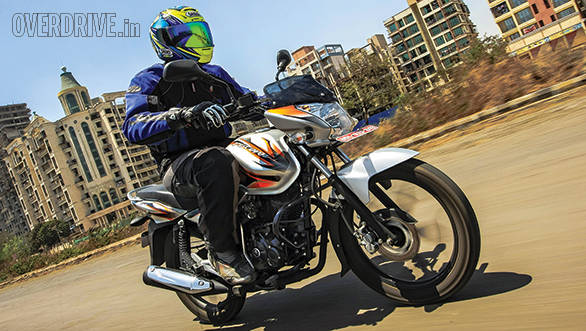 These boots are now 1,200km into their life with me and there are almost no signs of wear on the boot which is extremely promising

These boots are now 1,200km into their life with me and there are almost no signs of wear on the boot which is extremely promising. My first pair of Oxtar (race) boots lasted nearly seven years so I know that motorcycle boots can last a long, long time and put up with intense abuse. However, my last pair had their soles wear wafer thin in just two years. I'm hoping these will last me a long, long time as well. So far, the signs are good.

Verdict
At Rs 26,500, the RS-2 Evos certainly aren't cheap but they are, so far, the best race boots I've had the pleasure of using by quite a margin. They feel like a plaster cast in their rigidity and sense of protection but don't get in my way at all when I'm riding. I've found walking around with them is very easy too except for the annoyingly loud squeaking that the TCS plastics get up to - something I know all race boots do. The only adjustment I've had to make is the first 100-odd km of focusing on getting the taller toebox under the shift level. In daily use, I've not noticed any benefits from the air-fit system so I'm heading to the racetrack to see if it makes that much of a difference when I'm wearing leathers inside the boot rather than motorcycle pants over the boot as I do everyday.

Where can I buy one?
High Note Performance distributes and sells Rev'it and other brands in India. Their store, as I've mentioned, is near the Andheria More Metro station in Delhi and they also take online orders at highnoteperformance.com. At this time, High Note Performance is also offering a special scheme where any TCX boot purchases can come with a free tee-shirt worth Rs 1200 if you use the promo code OVDRVTCX. 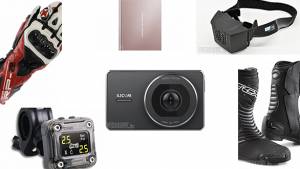 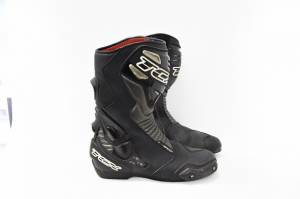 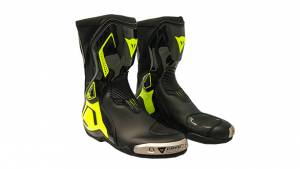 On test at OVERDRIVE: Dainese Torque D1 Out...
Advertisement