Special feature: Going down memory lane in the Hyundai i20 Active

From what I had heard about Delhi, I assumed that it was a crowded city with hardly any space to breathe, let alone drive. Well I wasn't completely wrong, but as I found out recently, I wasn't right either. Nestled in and around Delhi are some of the most beautiful monuments in the country. Unfortunately though, a lot of these monuments have been completely forgotten by most people. That's where Hyundai comes in with the Happy Move  a campaign to spread awareness about the existence and history of these monuments. We decided to take the i20 Active on a tour of these monuments, before taking a trip up to Agra to see the Taj Mahal. 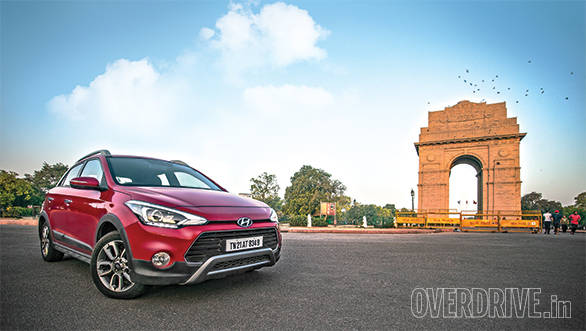 Our first stop for the day was Safdarjung's tomb. It was built by Nawab Shujau'd-Daulah in 1754 as a tribute to his father, Mirza Muqim Abul Mansur Khan, whose titular name was Safdarjung. He was the governor of the Awadh province under the rule of Muhammed Shah. This monument is the last example of a tomb that was built in the style of Humayan's tomb. 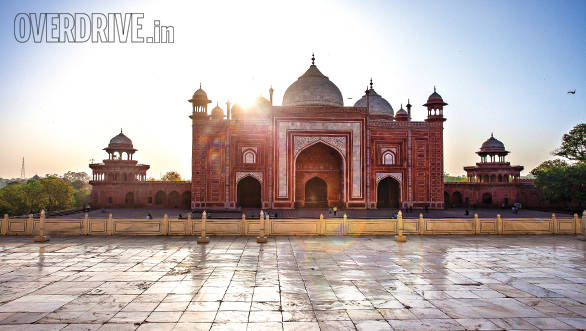 The main structure is built with red sandstone with neat marble inlays all around which add a lot of character. The double-storied building is surrounded by beautiful gardens on all sides and if you look closely, you might even glimpse a peacock roaming around. 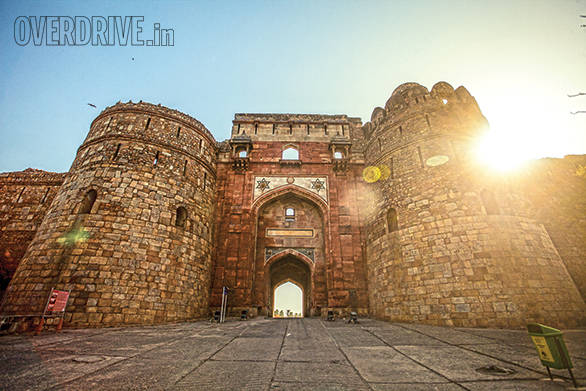 The Bada Darwaza, which is quite a sight, serves as the main entrance to the Purana Qila

Next on our list was Purana Qila, which translates to 'old fort'. The fort, which was built by Sher Shah Suri has a perimeter of 1.9km and walls which are 20 metres high and four metres thick. We were quite taken aback by how much open space there was within the fort. The first thing you'll notice is the Qila-i-Kuna Masjid or 'the mosque of the old fort', which dates back to 1541. The mosque is decorated with detailed inlays of red and yellow sandstone as well as black and white marble in some stunning patterns. 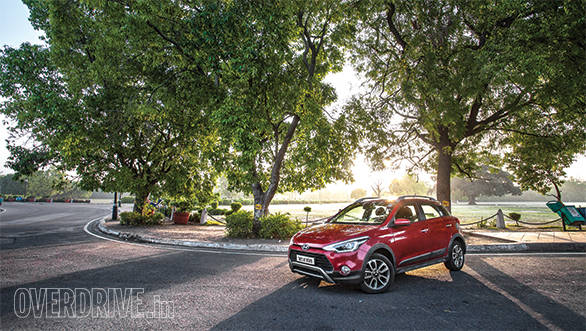 he Hyundai was the perfect car for the job, It was nimble, fast and very easy to drive around town

Also within the fort is the Sher Mandal, built around the same time. This octagonal structure is built with red sandstone and has marble inlays, all of which portray Mughal architecture. This structure was used by Humayun as a library, and in 1556, he fell down the stairs and died three days later. 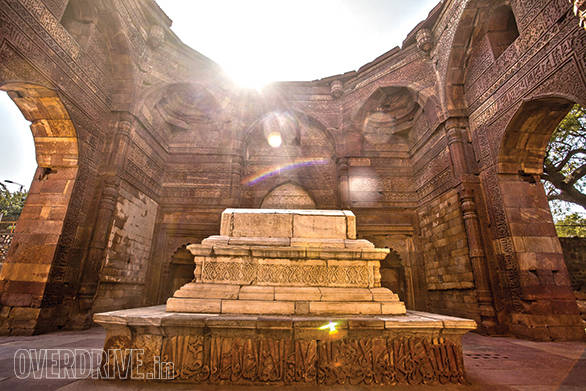 The original dome of Iltutmish's tomb had fallen and was fixed by Firoz Shah Tughlaq. However, that didn't last too long either

After a long walk through the fort, we packed up and navigated the i20 Active through the narrow streets of Hauz Khas to get to Firoz Shah Tughlaq's tomb. The tomb, which is located in the middle of a madrasa, was built in the 1350s, although Firoz Shah died only in 1388.The entire complex overlooks a tank of water called Hauz Khas and has several other structures such as three-domed building which could have been used to gather larger assemblies. 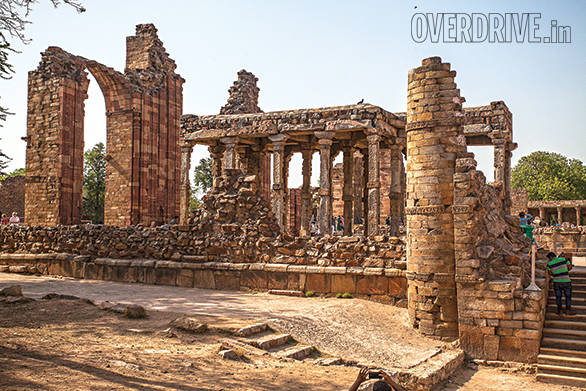 When we got out of the complex, it was around 7.00pm and it was time to call it a day. After all we had to wake up and leave in time to catch the Taj Mahal at sunrise. 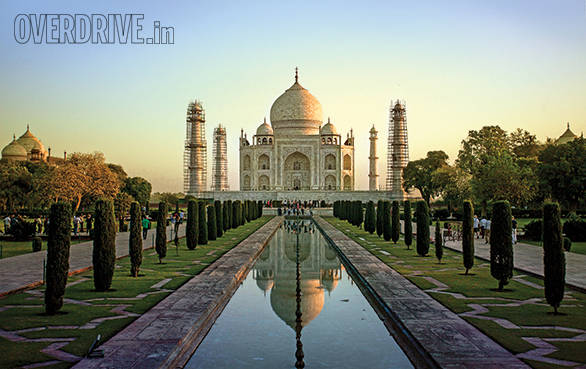 The next morning was an early one and we were on the road by 3.00am. The Taj Mahal is around 200km from Delhi and we took the fastest road available  the Yamuna Expressway. The long straight roads really allowed us to stretch the i20 Active's legs in sixth gear at comfortable cruising speeds. We reached the Taj by 6.00am and by the time we walked the last 500 metres, bought the tickets and entered, it was 6.30am. Just in time for sunrise. The Taj Mahal really is as beautiful as it is described in all the tales you've heard. There is no photograph that can do justice to how beautiful this monument really is. Sunrise is the best time to visit the Taj as the weather is just right and the lighting is beautiful. 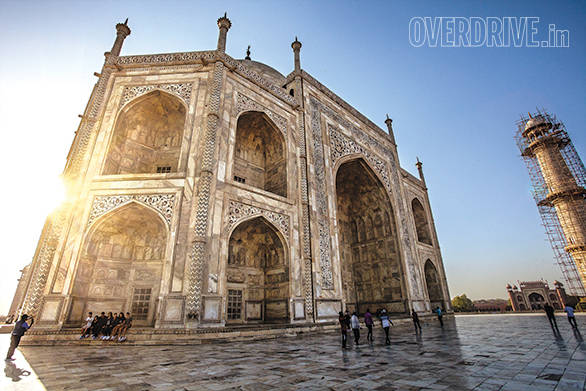 Another gorgeous view of the Taj Mahal, which is almost completely ignored, is from across the river from the Mehtab Bagh. This garden, which was also part of Shah Jahan's plan while constructing the Taj Mahal, is situated right across the Yamuna River from the Taj. However, to get there, we had to drive 7.5km through the town and across a bridge. 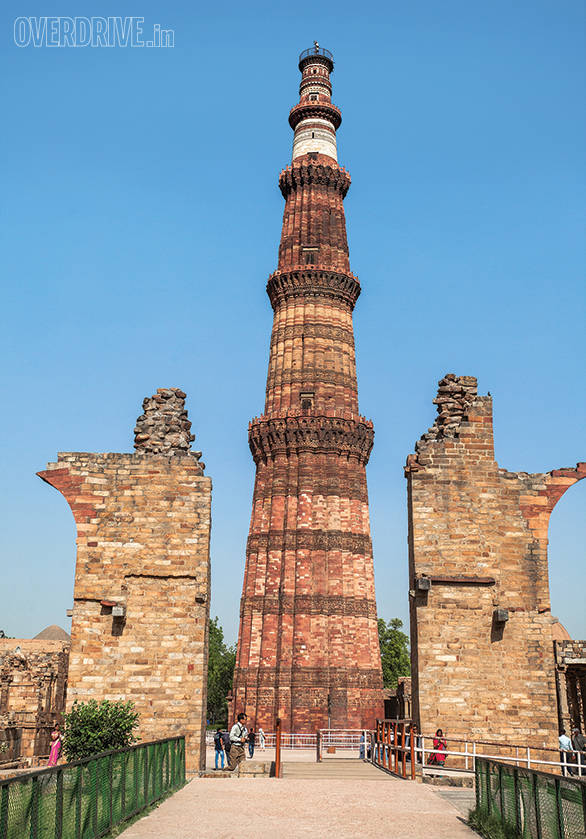 Immediately after, we headed back towards Delhi and reached the Qutub Minar. It is located within the Qutub Complex, which is a UNESCO world heritage site. The Qutub Minar is the second highest minar in India measuring 72.5 metres. The complex also houses the Iron Pillar, which is from the fourth century AD. This pillar is around 6,000kg and hasn't rusted even a little thanks to its high phosphorus content. Hyundai's Happy Move campaign had clearly done a very good job as the entire site was preserved and maintained perfectly. 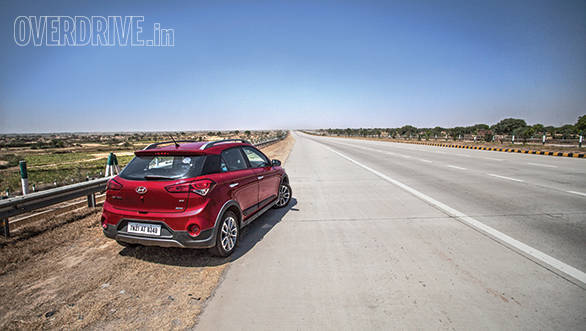 Once we were done staring in amazement, we called it a day and headed back home. It was quite eye-opening to see structures from the 13th century exist side by side with modern buildings. Hyundai, along with the Archaeological Survey of India is looking to create awareness of our Indian monuments globally through the Happy Move campaign. It's time we stepped up and did something to save our heritage too.