In September 2014, we looked at the basics of tyres - what they are made of and what you call the constituent parts and what they're supposed to do. Now let's delve a little deeper into tyre construction and tyre labelling and nomenclature.

The rubber in the tyre is usually moulded around a structure made of cords that holds the tyre in shape and this works through the various stresses and forces of vehicular movement. These are called plies. How the plies are oriented has such a big impact on tyre performance that it is the fundamental core of tyre construction as well as categorisation.

Before we go into the details, let's quickly skirt past the non-pneumatic tyres. As in tyres that do not use pressurised air. Trains use metal 'tyres' while heavy-duty applications like forklifts can use solid rubber tyres. At the cutting edge are tyres like Michelin's Tweel which uses rubber and polyurethane springs to create a functional tyre without requiring pressurised air. But since most vehicles still use pneumatic tyres, that's what we will delve into in detail.

The earliest pneumatic tyres had these plies arranged diagonally from bead to bead. On top of one set of plies, another set is laid at an angle between 30 and 40 degrees to create the trademark criss-cross pattern that marks these tyres. It's the criss-cross that gives these tyres its more common name - cross ply tyres. The advantage of cross ply tyres is that they flex easily and offer better ride quality. The problem is that same flexing absorbs energy and that leads to higher rolling resistance as well as less traction at high speeds. One slight improvement comes from bonding stabilising belts made of fibreglass beneath the tread that add some structural strength. These are called Belted Bias Tyres. 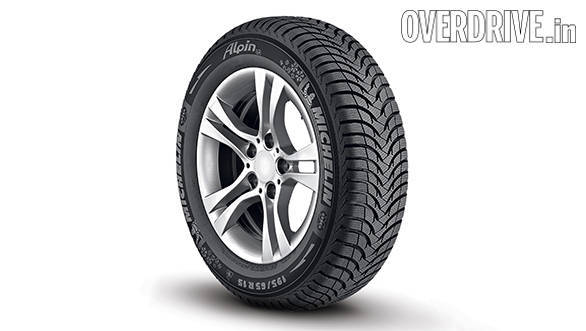 The big improvement came when radial tyres were introduced. In construction, they use the same materials but the ply cords are placed bead to bead perpendicular to the centreline of the tread. Just cords would lead to a weak structure so radial tyres also employ supporting belts which were originally steel (think steel-belted radial) but are moving to other materials including Aramids and Kevlar. It's the ply orientation that gives the radial tyre its name. The ply arrangement allows for a springy tyre that offers comfort while the belts impart considerable strength to the tread area. In combination, you get a stronger tyre that offers greater control and lower rolling resistance (you waste less energy to get and keep the tyre rolling). So pronounced are the advantages of these tyres that they're taking over practically every vehicular segment steadily and their sole disadvantage seems to be the initial price.

Then comes the question of selecting tyres for your car or bike. The size of the tyre is usually expressed by a fairly forbidding but now universally accepted number that looks like 195/65R15, stamped into the sidewall of the tyre. Let's begin from the left. The numbers before the slash denote the width of the tread (from one sidewall to the other) in millimetres. So this tyre has 195mm of tread. If you see 3.25x17 as the tyre marking, this is an older way to mark tyres and the number before the x, again, is the width of the tread, but in inches. The number after the slash is the height of the sidewall expressed as a percentage of the tread width and is also known as the aspect ratio of the tyre. As in, the 195/65R15 tyre has a sidewall with a height that is 65 per cent of the 195mm tread width, or 127mm. Typically, high aspect ratio tyres will favour comfort and ruggedness over bad terrain while low aspect ratios will point to stiff tyres that offer great control and handling but will produce hard ride quality and react badly to bad roads or harsh terrain. To wit, a Hyundai Santa Fe wears 235/60R17 tyres while the McLaren 650S wears a 235/35R19 up front.

The R stands for radial (D is diagonal construction and B is belted). Sometimes a speed rating is added as a prefix to the construction designation. So a ZR is a Z-(speed)rated radial tyre. You can look up the full range of speed ratings online. They tell you the fastest safe operational design speed of the tyre. One of the reasons why the MRF Revz tyre should not be used on the KTM Duke 390 despite being the correct size is the speed rating. The Metzelers have the correct speed rating whereas the Duke 200's MRFs do not. The final number is the outer diameter of the wheel rim in inches. As in a 3.25x17 and a 195/65R15 are tyres to be mounted on 17 and 15 inch rims respectively.

Also on the tyre sidewall are three other things you should pay attention to. First is the direction of mounting the tyre, usually marked by arrows. Most tyres today are unidirectional and their best performance depends on them being mounted right. Second, look for the correct tyre inflation. OEM tyres usually have these pressures on a sticker in the car or on the bike, but when you replace them, look for the correct inflation on the sidewall. Finally, look for the manufacturing date. Ideally you don't want a tyre that's been sitting on the tyre dealer's shelf for years and years.