True zero emissions? It's a very clear but easily misunderstood term. For instance, an all-electric car has no emissions but it isn't zero emissions if, for example, any proportion of the power it uses to charge comes from a coal-fired powerplant or from an internal combustion engine. For true zero emissions, you need something far more spectacular. Technically, even fuel cells aren't zero emissions  they do make water as a by-product but so far, no one thinks water is going to create problems like carbon dioxide and other tail pipe emissions. But before we get to the fuel cell itself, you should know that electric and hybrid vehicles are stop-gap solutions that postpone disaster but don't prevent it. Fuel cell powered cars are seen as the ultimate solution. In sum, a fuel cell works by causing hydrogen and oxygen to combine  a violent reaction that produces lots of energy. The byproduct is electricity and H2O, or water. The reverse chemical reaction is also well-known  it's called electrolysis where the passage of electricity through water causes hydrogen and oxygen to split. A fuel cell generates electricity that can be stored in a battery and be used to power an electric vehicle. To understand this process further, let's look at a regular car battery. Inside the battery box is a positive and negative plate dipped in a special acid that serves as an electrically conducting solution (called electrolyte). The box keeps the acid contained and ensures the plates are dipped in it. The plates exit the box on top in the form of the positive and negative terminals to which the car or motorcycle connects. When we connect something that consumes electricity, like say a motor, to this battery, the completion of the circuit causes the electrolyte to start to release positive and negative ions that are attracted to and move towards the opposite plates negative and positive, respectively. The movement continues up the plates and towards the motor and generates electricity. Obviously, the ion supply is finite and when the electrolyte is exhausted, we call the battery discharged. Many batteries can be recharged once again but the process of adding ions is very slow and that's why the recharging process of a discharged battery takes so long. It's the reason why electric cars come with range anxiety  because refilling the batteries is a slow process. 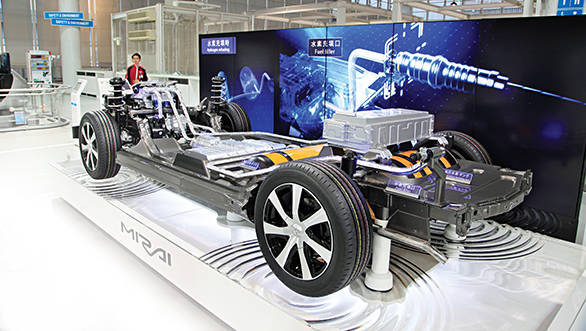 It's the same chemical process, more or less, that a fuel cell employs. It stores hydrogen in a tank, gets oxygen from the air and they combine inside the fuel cell to create electricity and water. It is the hydrogen supply that's a challenge. It is normally stored in a liquid state in a pressurised tank and that liquid state means the tank can be refilled as easily and quickly as petrol or diesel, in theory. Both fuel cells and electricity are far more efficient than internal combustion too so these power units prove to be extremely efficient too. And that is why there are a lot of fuel cell prototypes and early production units in the world.

But obviously, they're not the dominant form of the automobile for good reason. First, they are complex power units that are currently very expensive to make. For example, fuel cells use platinum - very, very expensive - as a catalyst. There are also packaging challenges from the construction of high strength hydrogen tanks to making sure the passengers and cargo have enough space. There are safety challenges  the vehicle has to be safe in an accident. Like with electric cars, there is also a massive distribution challenge that will have to be overcome. There aren't too many hydrogen filling stations in the world and that network will have to grow hand in hand with the availability of the hydrogen-powered cars for long term sustained success. You might wonder why hydrogen is expected to be such an endless source of guilt-free power. For the simplest of reasons  it is the most abundant element in our universe. 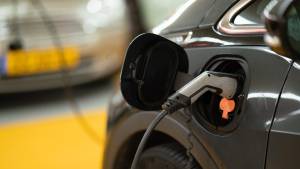 BMW to showcase its hydrogen powered iX5 at...