When you are on a bicycle, imagine using only your left foot, pushing down on the pedal with no force at all the rest of the time. The bicycle would jerk forward when you're applying pressure and then slow down when you are not. This is obviously not comfortable. But all internal combustion engines actually operate this way. The engine only produces useful torque on the power stroke and basically consumes power on the other three (in opening and closing valves, making the piston go back up and so on and so forth). So why is it that the engine doesn't make your car feel like a speed-up version of our bicycle - jerking forward and slowing down alternately? The smoothness comes partly from something called a flywheel, which is basically a heavy metal disc connected to the crankshaft. 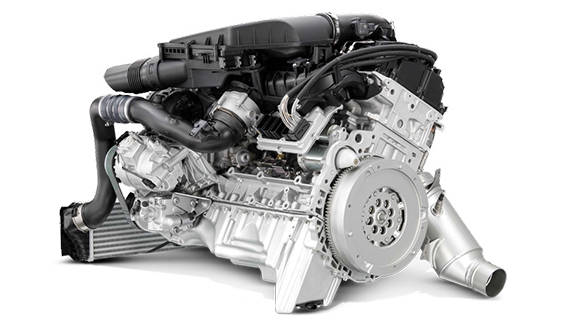 As you can imagine that it makes the crankshaft heavy and that sounds like a bad thing to do, right? But the flywheel is actually critical to the operation of an internal combustion engine. The flywheel soaks up some of the energy from the power stroke as in it starts to rotate faster. When the power stroke is over, its weight gives it the required inertia to continue to rotate. This is the energy that the piston uses to go back up and the crankshaft uses to open and close valves, drive ancillaries like the alternator and so forth. In effect, the inertia of the flywheel powers the other three strokes.

But if it rotates on inertia, the engine has to slow down until a power stroke arrives again, right? Yes, the engine does slow down between power strokes, but the inertial flywheel movement evens out the impact of the picking up and dropping of revs - an undesirable effect. However, designs and multiple cylinders are used in clever firing orders to smooth the revs between strokes as much as possible.

How heavy should the flywheel be? Just heavy enough to keep the engine turning over between power strokes - no heavier is the thumb rule. Multi-cylinder engines can get away with lighter flywheels than singles because multis can time power strokes to ensure the engine has enough power to keep turning rather than rely purely on the flywheel. A two-stroke will typically have a lighter flywheel for the exact same reason, and every other stroke is a power stroke, so less flywheel weight is needed.

In Formula One, Williams uses a free-revving flywheel (not connected to the engine) to store energy for the KERS system. Braking adds revs to the flywheel and that makes it generate electricity which then powers the electric motors on the wheels to add boost power when needed. Pullback toy cars also use a flywheel to accelerate forward.

Flywheels, then, are relatively dull, inconspicuous components deep inside the engine, which are hardly discussed but still vital components of internal combustion engines and more.