Internal combustion engines use fuel to generate heat and it is the heat that is actually converted to useful work, in our case, forward motion. However, the average engine is only able to use about 30 per cent of the heat. The rest is waste and this waste accumulates by heating up everything it possible can. Allow this wasted heat to accumulate unchecked and you will end up with damage. The heat can deform and melt parts and eventually lead to catastrophic engine seizure.

During the power stroke, the temperature can reach as high as 2500 degrees Celsius, so cooling the engine parts is a critical part of making a reliable engine. 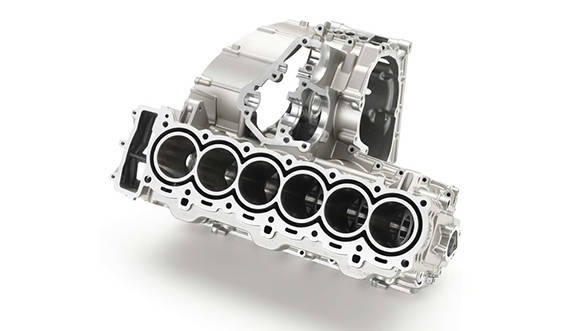 Like human beings, engines also have temperatures at which they perform best. Low temperatures can affect the quality of combustion. The lubricating oil can be too viscous causing power losses and some parts that need to expand to their operating dimensions simply aren't hot enough. On the other hand if the temperature is too high, there is a chance the fuel will ignite on its own which is harmful and the lubricants may not be viscous enough to do their jobs.

The main job of the cooling system is to ensure the engine stays within its thermal happy zone. What is the happy zone? This is one of the things the engine designer has to decide.

In automotive engines, cooling is primarily done by air or by liquids. Air cooling is simple in concept. A stream of air rushes past the hot engine and carries off some of the heat. Fins are often used to enlarge the surface area and promote this heat transfer. This is natural air cooling, something that almost all the small motorcycles in India use. If the engine isn't exposed to air, for instance in a scooter, a fan can be employed to ensure air flow which is called forced air cooling.

When you move to bigger engines and/or require greater thermal control, engineers will often search for better heat conductors to carry away waste heat. Welcome to liquid cooling. The basic system circulates a fluid via a pump around the engine. Water is one of the most effective at this job though commercial coolant usually has additives to fight corrosion and to lower the freezing point so driving or riding remains possible even in sub-zero ambient weather.

A pump ensures that the coolant is constantly in circulation and the whole system usually maintains engines between 80 and 90 degrees of coolant temperature.

The coolant is pumped around the hot cylinders through passages called jackets. The heat absorbed - the exhaust valve is the biggest heat source as it is perhaps the hottest part of the engine - is released into the atmosphere at the radiator.

The radiator is essentially a heat exchanger. It has tubes covered in fins (for a larger surface area). When the vehicle moves forward, air rushes through the radiator absorbing heat and cooling the coolant liquid. Plus the fan can kick in to help.

The radiator can also be helped by a fan that usually sucks the air for greater cooling under a certain coolant temperature and is governed by a simple thermostat.

Some engines may also employ an oil cooler either as an alternative to full blown liquid cooling, or in addition to the coolant radiator. This is to carry hot lubricant oil and cool it down to maintain its viscosity. In relatively unstressed engines, an oil cooler and a finned (naturally air cooled engine) can be enough to provide operational thermal stability.