In our previous article, we talked about how wings (or aerofoils), drag and downforce work. The critical thing for this month's Simple Tech is the idea that downforce creates extra grip that allows the cars to corner at incredible speeds. And without the downforce (say a broken wing or a car right ahead disturbing the air flow), these speeds simply wouldn't be possible.

The amazing thing is that in the late '70s, Formula One cars came very close achieving the same result without wings. The process they used is called Ground Effect. You see, the wing poses a problem. It creates drag. Drag is resistance to movement manifested in lower top speeds on long straights. 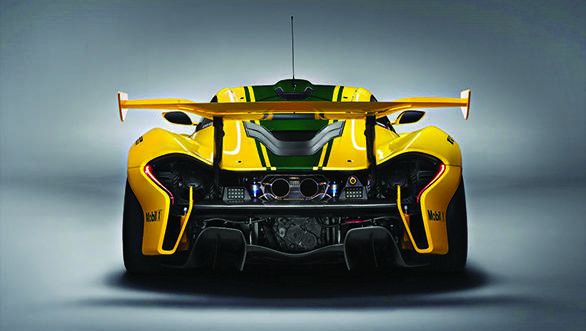 The designers, back then, were looking for solutions to this challenge. The Lotus F1 team found, most astonishingly, that the ground itself can be an aerodynamic element  and hence the name.

Let's look at Ground Effect more closely. Imagine you're holding a metal sheet in a stream of air so that it's parallel to the ground. When you start reducing the distance between the sheet and the ground, something amazing happens. Just before the sheet makes contact with the ground, the ground appears to suck the sheet to itself. This happens when the space between metal and ground is so tiny that the air flowing between the two must accelerate and generate a low-pressure area underneath the metal sheet. Since the air on top continues to exert a higher pressure, the net force points downwards. We just created downforce!

Lotus F1 cars received underbellies designed like venturi. The venturi effect, for clarity, is the generation of a lower pressure when fluid is forced into a constricted space, usually in the context of pipes or tubes. The F1 car's bottoms effectively created the same constriction that led to a low pressure zone under the car. Like the metal sheet, the lower pressure created downforce and sucked the car harder to the ground at speed.

The Ground Effect car was so effective that Brabham and McLaren, rival teams, also adopted it. There were problems though. The effect relied on a really small gap between the car's underbody and the ground. When the car touched down, the ground effect-derived downforce disappeared. Which might lead to the car getting thrown out of the corner. But this uncertainty and the incredible speeds that ground effects permitted led to a complete ban on underbody shaping and since then, F1 cars have to have flat underbellies.

Then came the diffuser. A diffuser has a set of vertical fins arranged parallel to each other, normally placed at the rear-bottom of the car. In essence, it works with the venturi effect  it guides and speeds up air leaving the car's underbelly creating the low pressure and downforce. In 2009, the Brawn GP (now Mercedes F1) used a double diffuser.

Then came Red Bull who used their famous exhaust gas blown diffusers. Exhaust gases are already travelling at high speed and directing them on to diffusers generated downforce. This downforce was also independent of the actual speed of the car since the speed of the exhaust depends solely on engine rpm.

The other aerodynamic phenomenon, this one made famous by Adrian Newey at Red Bull, is the Coanda Effect. When a jet or stream of air is flowing very close to a surface, the air has a tendency to be attracted to the surface. This effect has been in used in motorsport to great effect. Designers will often treat the whole body of the car as a downforce-generating wing. Red Bull and other manufacturers have also relied on this effect to direct more air into the diffuser.

While ground effects, as stunning as their results were, have been cast aside, the diffuser is now commonplace on many performance cars and of course, in racing.