Safe driving with the Mahindra XUV300

Mahindra and Mahindra has partnered with the SaveLIFE Foundation for their Safer Drives Safer Lives program, an initiative aimed at promoting road safety in India. OVERDRIVE spent a day with the Mahindra XUV300 as part of this initiative and put the sub-four-metre SUV through its paces, while also trying to further the message of making our roads safer. 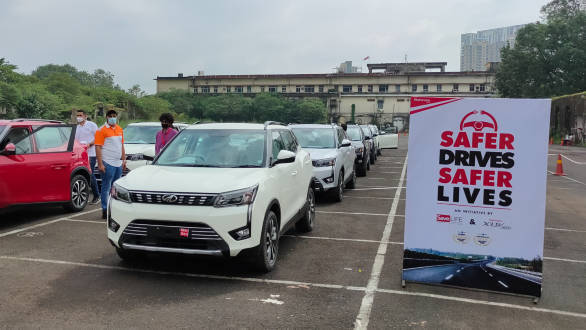 In a larger sense, through the 'Safer Drives Safer Lives' campaign, Mahindra hopes to promote road safety through a host of actions ranging from building awareness about safe driving and education on how to optimise the available safety capabilities of a vehicle. The eventual aim is to make road safety a part of common discourse in our country, especially important given the dire road accident statistics of our country. In 2018, over 1.5 lakhs individuals died in road accidents in India according to the Ministry of Road Transport and Highways. Even more shockingly, about 85 per cent of these deaths happened in the most productive 18-60 years age group.

So with the gravity of any event that promotes safer driving not lost on us, our day began with a drive of the Mahindra XUV300 around the Mumbai suburb of Thane. Over an 18 km route, the idea with this convoy of nine cars was to demonstrate to road users how to tackle our city streets in the safest way possible. The focus was on following traffic signals and road signage, using our indicators correctly, following speed limits and being aware of other road users. This meant giving pedestrians the right of way, safely tackling slow-moving traffic and giving way to those who have the first right at a junction. 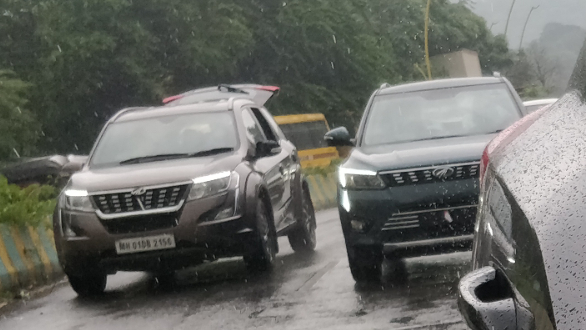 The Mahindra XUV300 was the vehicle of choice by way of its distinction as being the safest mainstream vehicle on sale in India currently, as per the Global NCAP ratings. The XUV300 has a five-star adult safety and four-star child safety rating in this test, the Tata Nexon is a close second with one less star in child safety. Notable safety features available on the Mahindra sub-four-metre SUV are seven airbags including a knee airbag, ABS with EBD, ESP, disc-brakes on all four wheels, roll-over mitigation, traction control, control braking control, hill start assist, front and rear parking sensors with a rear camera, among other things. We drove the XUV300 with its 1.5-litre diesel engine making 117PS and 300 Nm.

The next part of this drive was to use these safety features of the XUV300 to highlight how handy tech like this can be under extreme situations. This involved us driving the Mahindra SUV around a handling course that began with an S-turn, followed by a sharp curve and a small slalom section. Uniquely, the course ended with a series of road signs that we needed to adhere to and our parking skills. A group of professionals guided us through this, and in keeping with the focus of this event scored us on not how quickly we covered this track but how aware we were of taking safety precautions. We were judged on whether we wore seatbelts, set our mirrors, used indicators, how and when we changed gears, our reactions to the obstacles and signages. 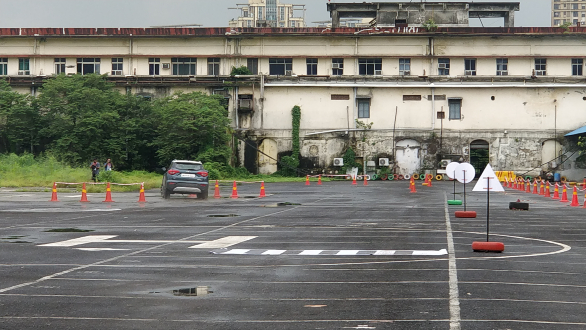 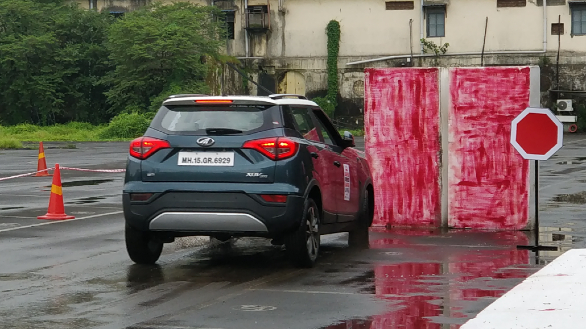 The day ended with a short, but possibly most enlightening, demonstration of how speed and tech like ABS and traction control affect braking. One run showed the massive impact even a small increment of speed has on braking distances while another demonstrated how effective ABS and traction control are in keeping the vehicle under control in panic braking situations. A distance as small as 10 metres is all it takes to help avoid an accident with this tech on board.

With this being one of the first few group events we've had since the COVID19 pandemic struck, we came away with more than just a feeling of things seemingly becoming 'normal' again. While big strides have been made in the last few years with our cars becoming significantly safer, we still need to address the massive lack of awareness among road users on how to keep themselves and others safe on Indian roads. Events like this held on a large scale (say during driving license tests) definitely offer some scope for us to improve our horrific road safety record.