It's here. Our long-term test Interceptor. And it's lovely - as lovely as the road test bike I got to ride down to Goa. So naturally, we had to go mess with it. The first thing to do, naturally, was to get rid of all the extra metal on the bike. So naturally we started with that unsightly mudflap at the back. Aditya, naturally, said, "But in the rains, this will be a problem." Sure. But I wear waterproofs, I wash them regularly and I've found, shock and awe, that human skin is waterproof. Whodathunkit! 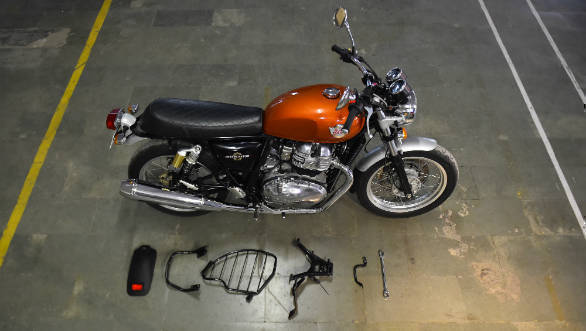 Then off came the saree guard - you ain't sittin' pillion in a saree, lady - and all the plates and screws that go with it. Next went the grab rail and the centre stand handle. And finally, I took off the cross brace on the handlebar too. The box in which these went feels heavy, so I guess we've lost around 5kg of weight.

Then, on Aspi Bhathena's recommendation, we pulled the handlebar back and lower, and then readjusted the levers and mirrors to my liking. The difference is immense. You see, the stock position is pretty upright and that makes you stretch your arms out a bit. This, even for a 6ft tall rider, means getting to big throttle openings is a stretch and hence the bike feels slow. Once the bars are closer, the Interceptor feels slightly more lively simply because more throttle isn't anymore a physical restriction.

That said, Zubinn Design is upset that Royal Enfield has chosen a two-cable throttle cam design - makes finding or making a quick throttle for the Interceptor - insert devilish gleam in the eye and big cackles of laughter - that much harder. 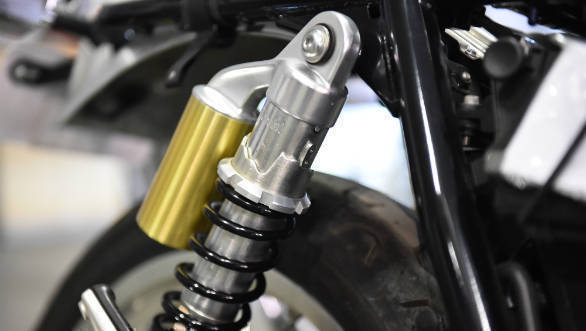 Finally, we also set the sag for my weight, which took the preload from minimum to one below full. Immediately, the Interceptor feels less loose (I'll explain in a moment) and more compliant.

As I write this, I'm closing in on 200km with the bike, all in the city. What have I noticed? It runs rather sweetly as usual and the gearbox is superb too. So the overall experience has been great. But there are small niggles. First, my fuel gauge doesn't seem to like the last two rectangles of whatever it's displaying - they sort of come and go at their pleasure. Of the ten 'squares' that make up the display, the last two appear and disappear. It doesn't worry me in the least, but it's at least a little funny. Especially when you arrive with a half tank and leave with a three-fourths full tank. 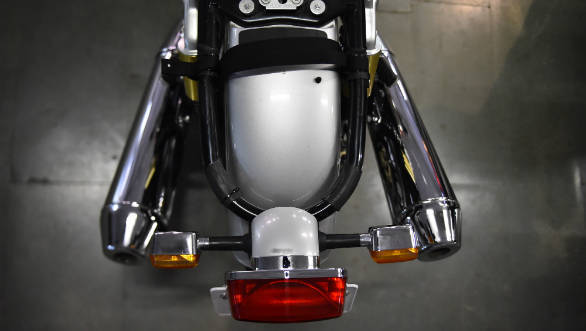 I also said I hated these mirrors and their adjustment mechanism and that hasn't changed. Royal Enfield has indicated that the official accessory package for the Interceptor will be arriving soon and I'm hoping it's got mirrors inside.

And finally, Mumbai's roads and the Pirelli Phantom SportComps are as friendly as the Congress and the BJP. Our roads are as slippery as the contractors who make them and the combination is either hilarious or frightening depending on your perspective. So while out on the highway, the Pirellis merely have a strangely slippery feel, in Mumbai they actually are closer to the edge than usual. I don't mind it because it means you can kick the Interceptor's rear tyre loose here and there and laugh about it. But the rise in preload seems to have brought the rear into a more, um, controlled state too.

NEXT UPDATE
Quick throttle? More weight loss? The world is our oyster!