Results early on in the season a confidence booster, says Akhil Rabindra

When we'd spoken to Akhil Rabindra at the beginning of the 2017 season, he'd told us that his aim for his British GT Championship debut was simple. He merely wanted to learn as much as he could, while racing for the Black Bull Garage 59 outfit. Of course, it helped that he had also been signed on by the McLaren GT Academy for their driver development programme, and hoped that he'd be able to give it his all. His main area of concern was making the switch from single-seater racing to GT racing.

Given how he performed during the first two rounds of the championship, we think that Akhil's been meeting his goal quite well. At the opening round of the championship at Oulton Park, Akhil and his team-mate Dean Macdonald managed to put their McLaren 570S GT4 fifth in the silver class, and 12th in the GT4 class. Things went far better in Race 2, with the duo finishing P6 in the GT4 class, and in second place in the silver class.

Rabindra does acknowledge that the early results helped him psychologically. "The results we have had thus far have ensured that it was a good start to the season, and this has helped boost our confidence," he remarks. But he's not entirely satisfied, pointing out that there were areas that they needed to work on. "At Oulton Park, where we had two one-hour races, with each of us doing half an hour stints, we had a mixed qualifying, with mixed race results. This was partly down to the conditions which were wet and tricky, and thus made the situation not ideal," he says. 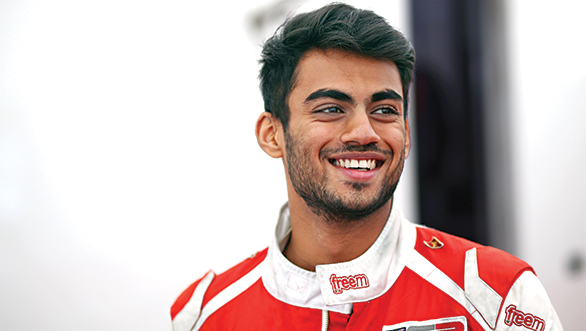 Things were better at Rockingham, where there was a two-hour race held, with each driver taking to the wheel for one complete hour. "Our qualifying was not up to our expectation but we made the best of it during the race," he said. Things weren't all that bad given that the pair finished in fourth place in the GT4 overall, and in third place in the Silver Class. But Rabindra is quick to acknowledge the fact that it is team-work. He says of his team-mate Macdonald, "I have a very good team-mate alongside me who is extremely talented and that has helped a lot with our results."

While he still does feel that one of the areas that they need to work on is qualifying, he isn't dismissing the amount of progress that they have made so far. "It's been great so far, getting to know the car better, understanding how stints work, and even coming to terms with driving with a teammate." He goes on to say that he's simply been trying to make the best out of every situation that he's been put in, trying to learn as much as he can, whether it's in practice, qualifying, or the race. "Every time I get in the car I come out with more understanding," he says.

So far, one of the advantages that the Indian driver has had, has been the fact that he's raced on these circuits before, given that he competed in the British F3 and F4 championships in the past. But he does admit that there are a couple of things that he does miss. "The switch (from single-seaters to GT4) has been great so far. I am enjoying the longer races, but I do miss the aerodynamics of a single-seater."

Part of the learning and progress, Rabindra says, is down to the team. "The team has been extremely helpful with our progress so far. Our engineer Ivan has been a great help in terms of the car, and our team manager Bas has done a great job helping us with efficient pit stops that have aided us in the race. There's also been help from our team-mates, Ciaran and Sandy in the sister Black Bull Garage 59 car, whose experience in the car last year has benefited us," he remarks.

For Rabindra, though, the goal for the season remains unchanged. "The plan for the season, as mentioned before, is still to learn and adapt fast," he says.

The fourth and fifth rounds of the British GT Championship will take place at Snetterton this weekend. We'll have all the updates from Rabindra and the Black Bull Garage 59 team for you right here. 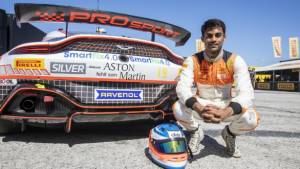 Interview: Akhil Rabindra on his European... 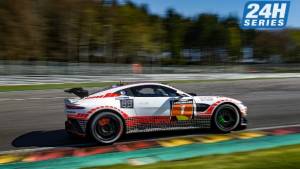