Replicas of "World's First Car" being made in Coimbatore

The Benz Patent Motor Car or Benz Patent-Motorwagen, is considered to be the world's first automobile. On January 29, 1886, Carl Benz applied for a patent for his "vehicle powered by an internal combustion engine." The patent  number 37435  is now regarded by many as the "birth certificate of the automobile". 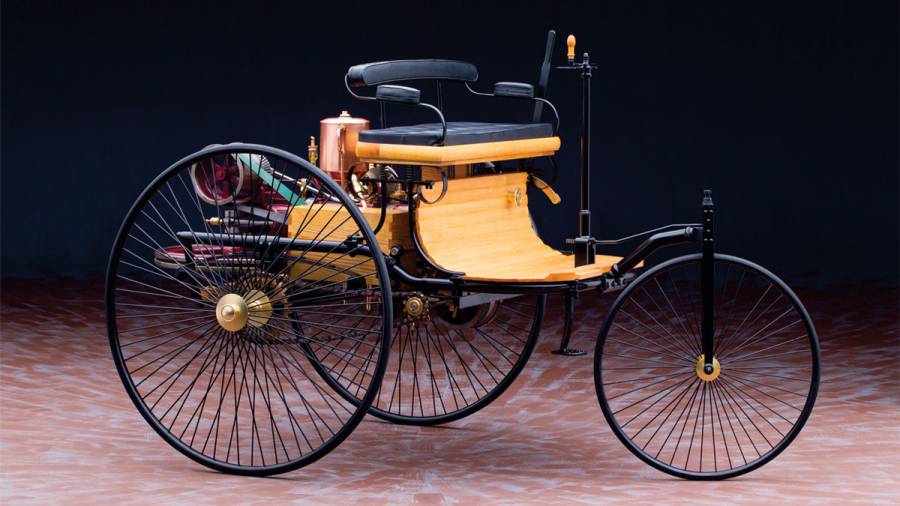 The Benz Patent-Motorwagen, is considered to be the world's first automobile.

Carl Benz subsequently made 25 units of this three-wheeler featuring wire wheels and a number of design details adopted from advanced bicycle manufacture. One of the original units is presently maintained in mint condition by Mercedes-Benz Classic, Germany. 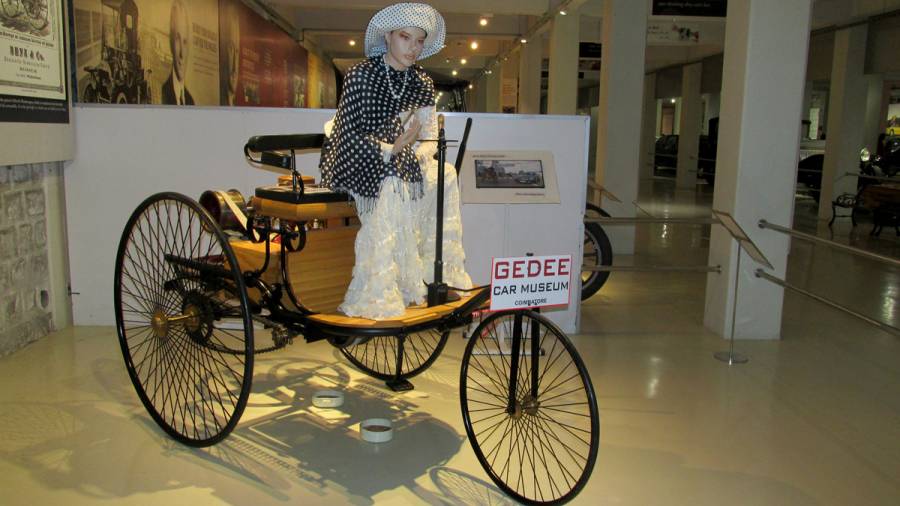 Exact replicas of the original Benz Patent-Motorwagen are being made in Coimbatore by the Gedee Group.

Interestingly, exact replicas of the original Benz Patent-Motorwagen are now being manufactured in Coimbatore and the 100th one rolled out from the Gedee Car Museum, in October 2020. This milestone was achieved because of a journey that began some 20 years ago. 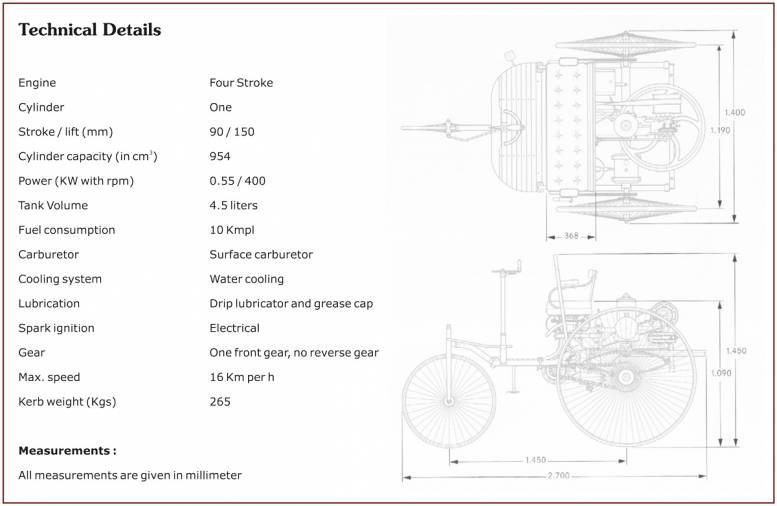 In 2000, the Coimbatore based Gedee Group of companies, sent a team of engineers from their tool room and design department, on a study tour to Germany. This group also visited the Deutsches Museum in Munich, which is the world's largest museum of science and technology, with about 28,000 exhibits. 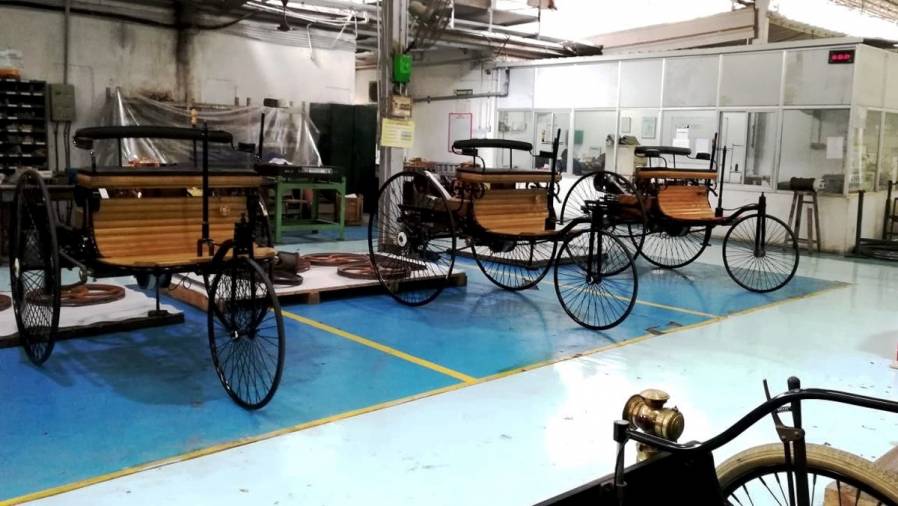 Assembly line of the Benz Patent-Motorwagen Replicas at the Gedee Car Museum.

In the section on evolution of transport, amongst the many vintage cars on display, was a Benz Patent-Motorwagen and it completely fascinated the engineers from Coimbatore. They expressed a desire to make a replica and Hermann Weiler, who is a collaborator of Gedee in the Gedee Weiler joint venture company, approached the Deutsches Museum. Weiler convinced the museum to grant permission to the engineers from Gedee to measure and make sketches of the Benz Patent-Motorwagen. But due to various reasons, the project to make a replica did not take off. 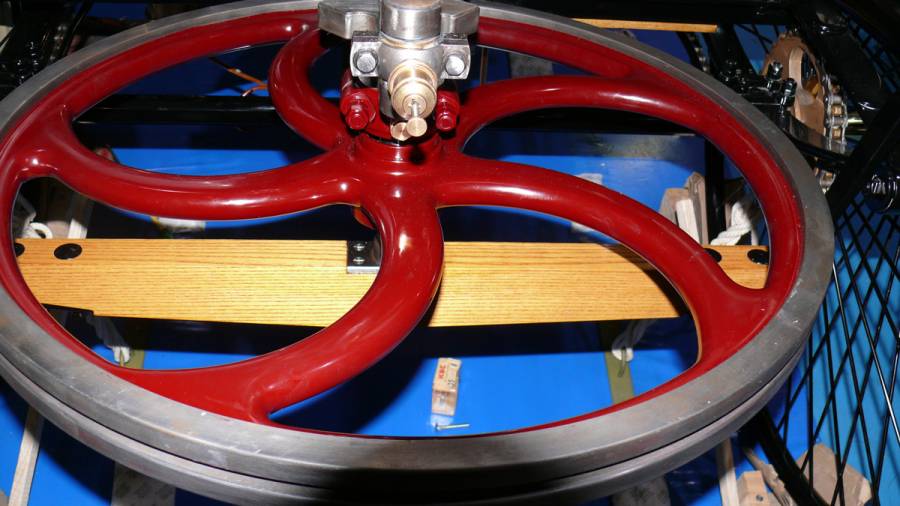 The horizontally mounted massive flywheel nicely showcases the engineering and tooling skills of the Gedee Group.

Then in 2011, to celebrate the 125th anniversary of the Benz Patent-Motorwagen, the Mercedes-Benz Classic Centre in Germany, made a limited edition series of replicas and offered them for sale to enthusiasts and museums. In 2012, one such replica of the Benz Patent-Motorwagen was put up in an auction and Stephan Bornert from Dortmund city, acquired one. As he was open to selling it, the Lord Mayor of Esslingen, Germany, wrote to Gedee Car Museum asking if they would be interested in getting it. Gedee happily accepted the offer and the Mayor's office gifted the made in Germany Benz Patent-Motorwagen replica, to the Gedee Car Museum. 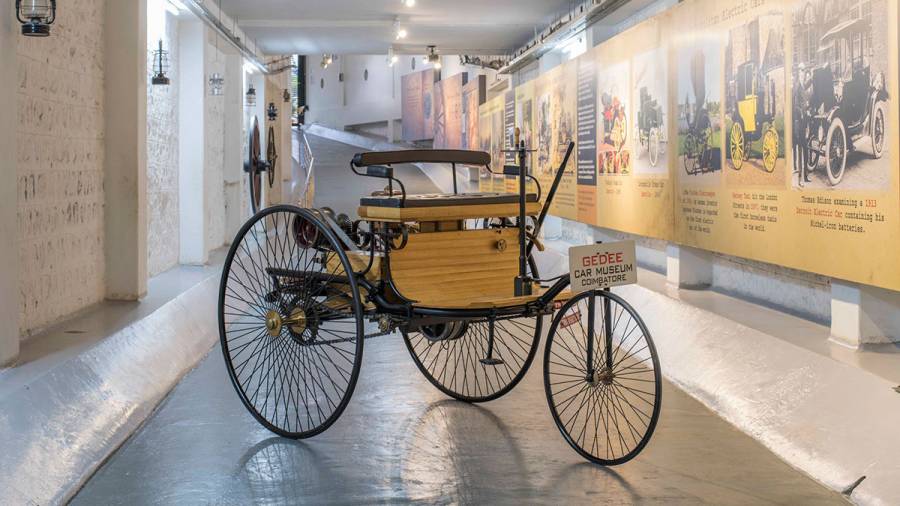 The Benz Patent-Motorwagen Replica is proudly exhibited in the Gedee Car Museum in Coimbatore.

Around the same time, G.D. Gopal, the Chairman of the Gedee Group, happened to meet a gentleman from England who was selling replicas of the Benz Patent-Motorwagen. G.D Gopal told him he was planning to manufacture these replicas in India and inquired if he would be interested in sourcing some? But the English gentleman was not convinced that G.D Gopal could produce such high quality replicas, as every single part would have to be specially fabricated and made from scratch. 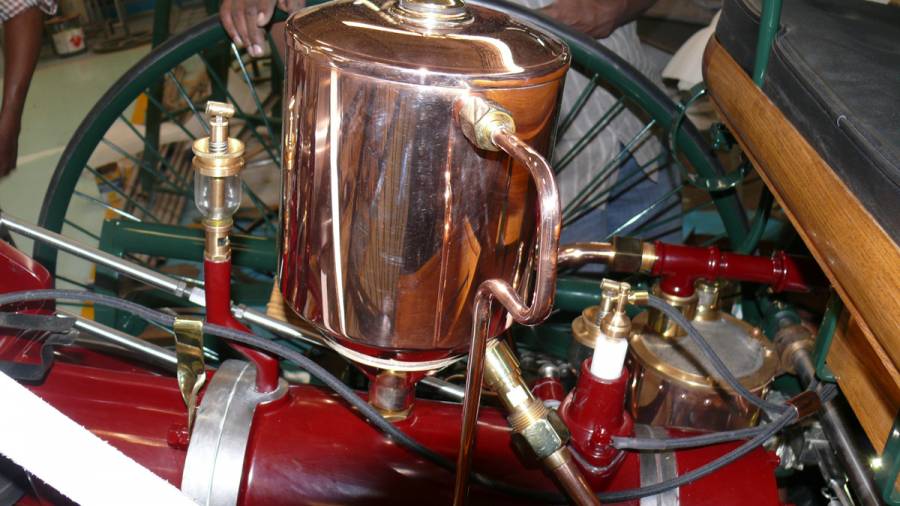 The quality of workmanship and attention to detail is visible in every single component.

This did not deter G.D. Gopal. In fact the moment the Benz Patent-Motorwagen replica gifted by the Mayor of Esslingen reached Coimbatore, he told the students of Gedee Technical Training Institute (GTTI) to start making drawings of the various parts. GTTI conducts courses in tool making, precision machining technology and Mechatronics and the excited students completely dismantled the Benz Patent-Motorwagen replica and made detailed technical drawings of approximately 436 individual parts. 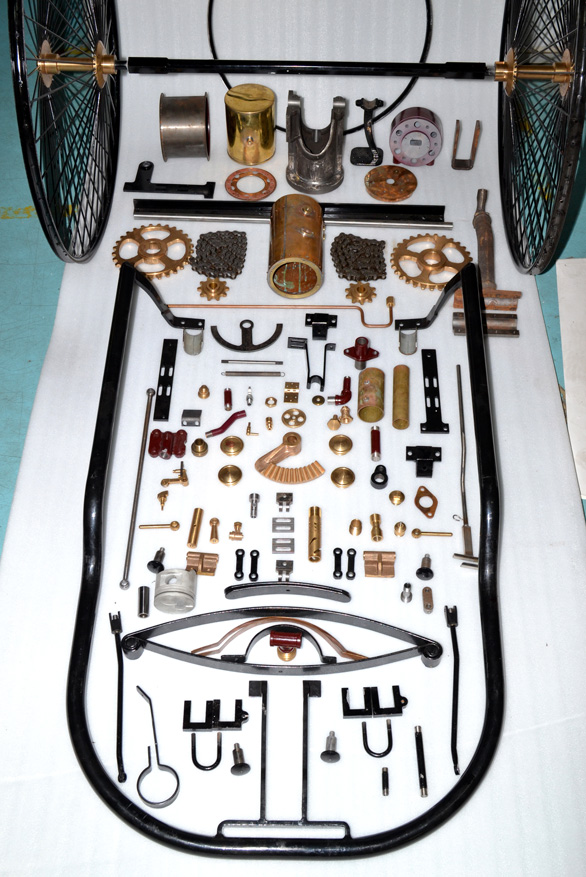 Each of the 436 individual parts of the Benz Patent-Motorwagen Replica, are made by the Gedee Group.

Over the next 6 months, the GTTI students with the support of USM Technologies (also a Gedee Group company), made the initial samples of the various components. These were fine-tuned and perfected over the next year, and only when G.D. Gopal was completely convinced, was the first fully functioning replica produced. Almost 98 percent of its parts had been fabricated in house by Gedee, with the biggest challenge being manufacturer of the single cylinder engine and wire wheels. But, due to sheer strength of the in-house engineering expertise, these were also made successfully. 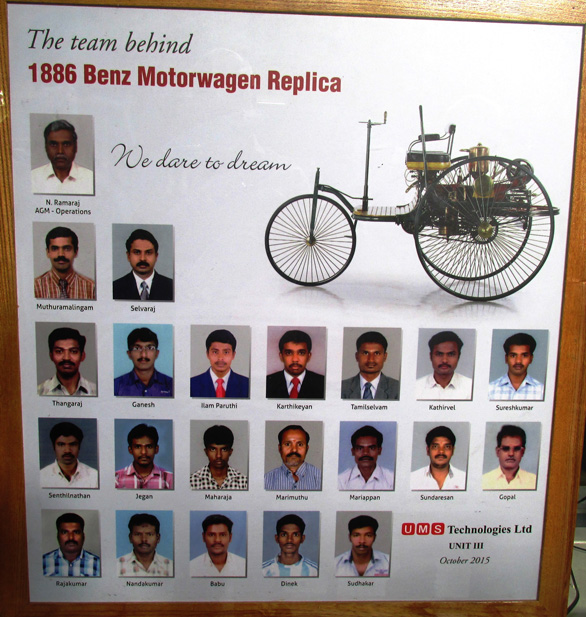 All of them jointly made the dream come true.

After undergoing extensive trial runs and tests, in 2013, the first "Made in Coimbatore Benz Patent-Motorwagen replica" was exported to Bayer and Koppel,GmbH, Germany. G.D. Gopal also invited the Englishman to come and have a look at his replicas. When the Englishman visited Coimbatore, he was astonished at the quality and workmanship of Gedee's replicas. In fact he said the Indian version was possibly better than the ones that had been made in Germany! 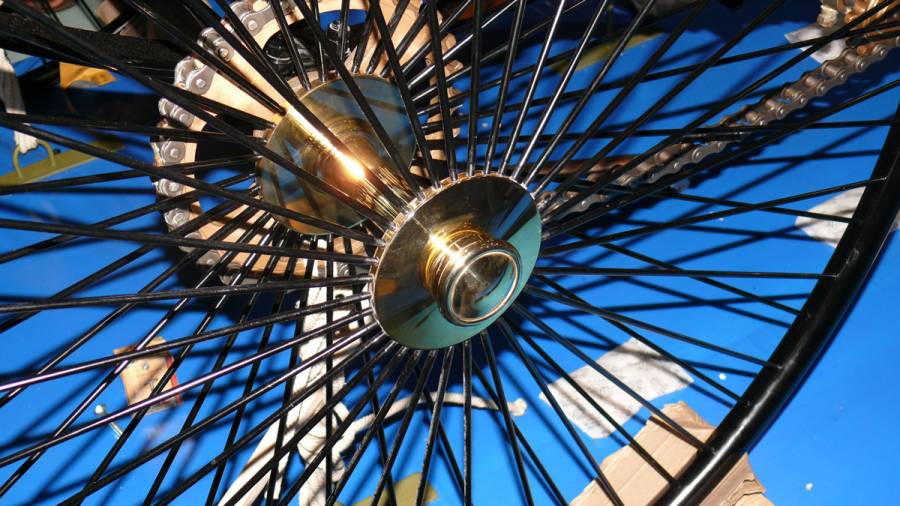 Making the wire wheels was a challenge, but Gedee has done an excellent job.

So impressed was the Englishman, that he decided to involve himself in further improving on what Gedee had made. He told G.D Gopal that attention to detail and originality was the key in such replicas and the bolts, which had markings of either TVS or Unbrako, would not do. Back in the 1886, when Carl Benz made the original Benz Patent-Motorwagen, the bolts used in it did not have any markings. So G.D Gopal being the perfectionist he is, decided to grind the marking and have plain bolts on all his replicas! 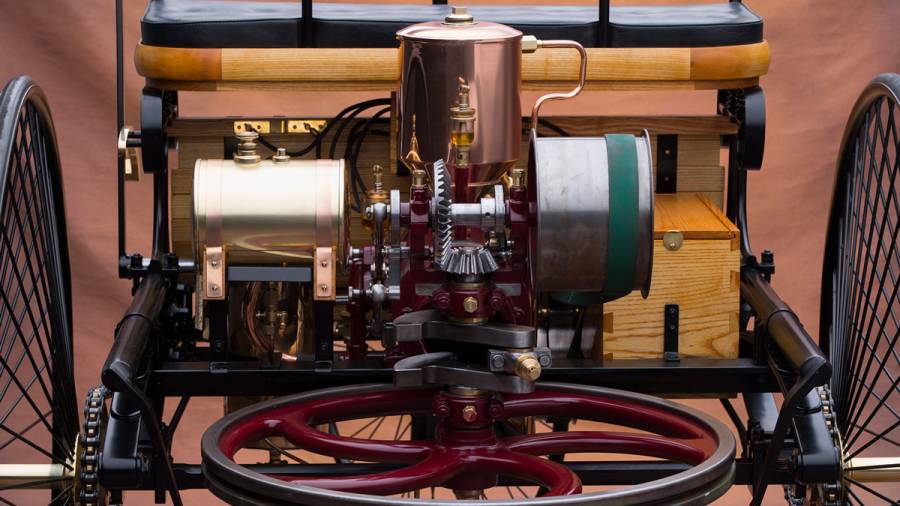 Every single part is meticulously made from scratch by Gedee.

Another change suggested by the Englishman was to have triple stitches in the leather seat similar to that in the original Benz Patent-Motorwagen. To make such triple stitches, Gedee had to specially import a sewing machine from Japan, as nothing like it was available in India. Some other minor cosmetic changes were also done to make the replica as identical as possible to the original Benz Patent-Motorwagen. 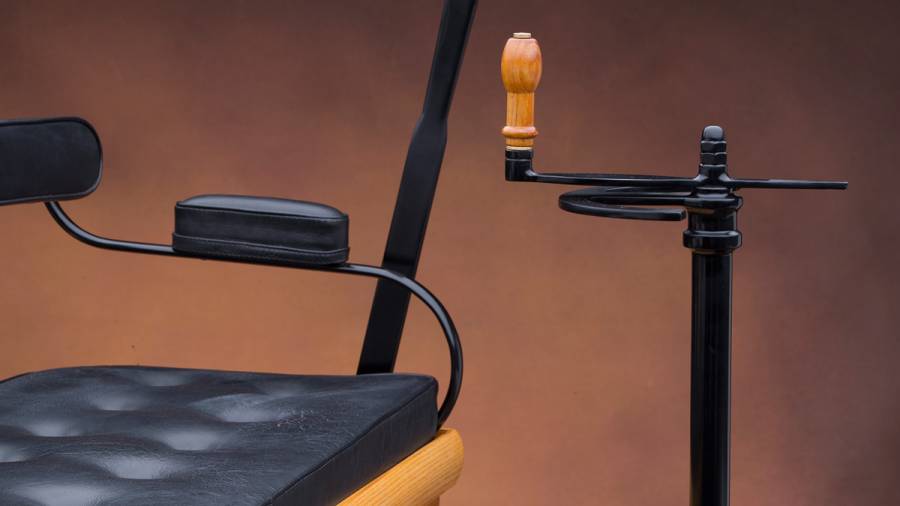 The unique steering of the Benz Patent-Motorwagen.

Thanks to all this, in 2014, four Indian made replicas of the Benz Patent-Motorwagen, were exported to England. And since then the Gedee has exported over 80 such replicas and one can also be found in the Collection On Palmetto Foundation Museum, Florida, USA! 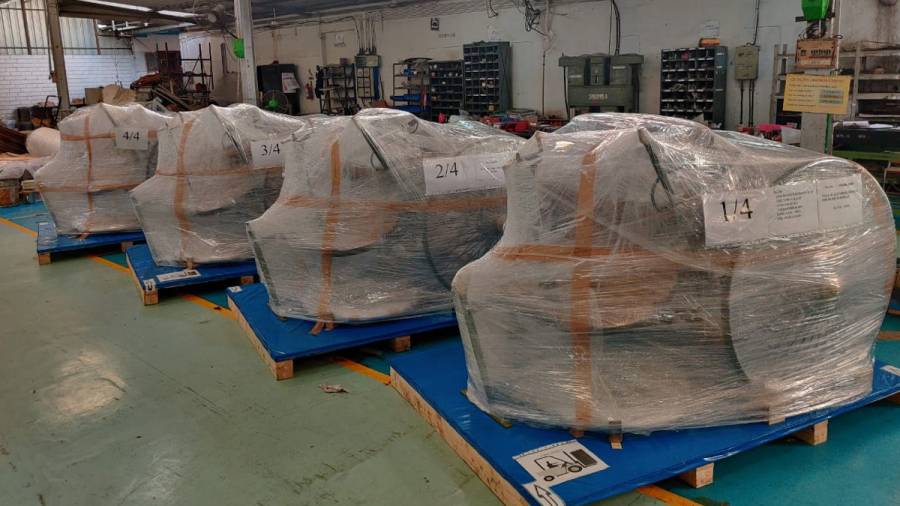 Benz Patent-Motorwagen Replicas all packed and ready to be shipped from Coimbatore. 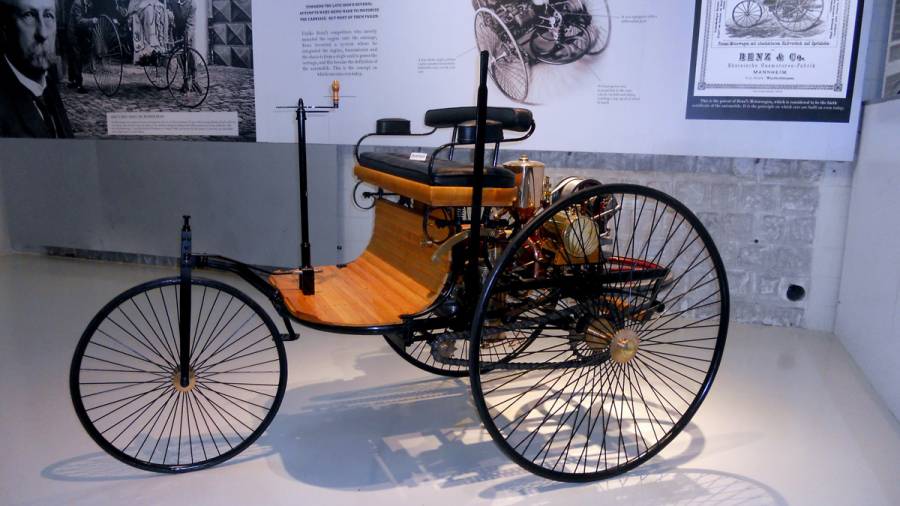 These made in Coimbatore replicas are now seen at many national and international vintage and classic car events. 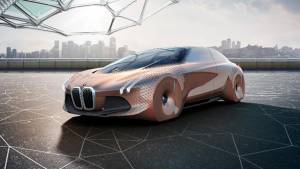 BMW reveals Vision Next 100 concept to...