Over the years, we've gone through a huge number of cars in our garage - each one memorable in its own way - but none has run as many miles or won as many hearts as the Renault Duster. Our last Duster went around the country twice and was the go-to machine for anyone who wanted to cover large distances. It was a hard car to part with and left a void in our garage that was recently filled by the new Duster AWD. The past couple of months, we've done everything with the new Duster, from 100km drives to pushing it on the racetrack and even driving it in the Rann of Kutch. Here's how it's fared in three sets of hands. 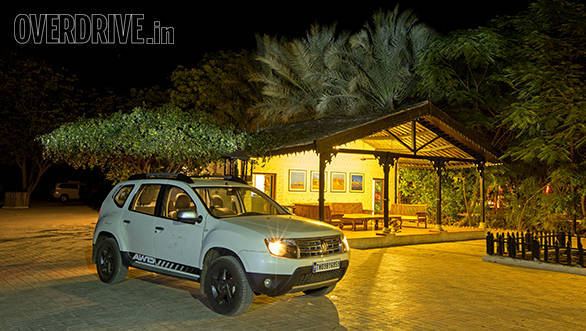 I recall that one of my quickest ever highway drives from Mumbai to my home in Belgaum, a distance of 500km, was in our old Duster. In my book, few other cars, regardless of price and power, can keep up with a Duster in the Indian environment. It's fast enough, has fantastic brakes and is so perfectly sprung that you almost never have to slow down for bad roads. And no matter how hamfooted you are, the efficiency never drops below 12.5kmpl, which means longer gaps between fuel stops. The new AWD feels similar but has a few discernible differences. Amazingly, it's now even more comfortable thanks to the independent rear suspension and it feels invincible on any road, no matter the condition. What I don't like so much is the new gearing. It's lower, to help with slow speed mud plugging, low enough that Renault even suggests setting off in second gear on level surfaces. The issue is it seems to have neutered the Duster's top end. The climb to 130kmph and beyond is not as effortless as it used to be. I understand that this won't matter to 95 per cent of its customers, but it has ever so slightly fazed the juggernaut that is the Duster on the highway.

Lijo, Rishaad and Rohit have systematically taken turns to borrow the Duster from me and it's finally come back only after a month. This is the reason I haven't driven it often to work. In fact, I've driven the Duster more on the highway and on the racetrack than in town thanks to the jury round and various road trips that have happened recently.

The MMRT is a fairly fast track and the Duster was actually quite impressive on it. The AWD variant features independent suspension all-around, making it a slightly better handler than the FWD version. There is a hint of understeer in both, 2WD and Auto modes, but it doesn't let one back off from pushing the car hard around corners. Overall grip is good too and the new generation Apollo tyres are a lot better. The steering is quite direct and allows good feel. Steering kickback, however, is a Duster trait and one has to live with it.

The AWD version features shorter gear ratios. Acceleration is impressive but performance higher up the rev range is a little disappointing. On a track like the MMRT, one does feel the need for speed especially going down the back straight. The Duster may be an SUV but it is still a great all-rounder.

The first time the Duster was around, I didn't get to drive it much. Courtesy the boys who took it to various parts of the country. However, with the new AWD version which recently joined our garage, I was going to have none of it and so I made sure my experience of the Duster was one that nobody in the office could brag about. I drove the Renault in the unreal wasteland that is the Rann of Kutch.

Sun, sand and slush is what all-wheel drive SUVs are made for and the Duster was no different. Its electronic on-the-fly AWD was quite handy in the desert, as was the softer clutch pedal. Not once did I get stuck although to be fair, I wasn't really looking to. In fact, over the steepest of boulder-strewn inclines, the Duster never broke a sweat and didn't even once scrape its belly. 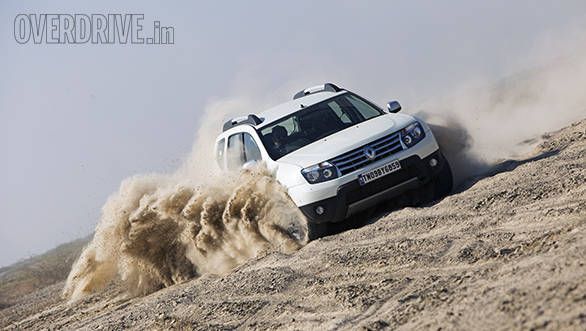 This aside, there is one thing which I would fix on the Duster, the driver's seat. While it is perfect in the comfort department, it doesn't quite lock into place properly. Under hard braking the seat rocks a bit and while Halley and Rishaad assure me it's simply a Duster 'quirk', it's still not a reassuring feeling. Apparently this has been an issue since the Duster was first introduced in 2012 and I'm a bit surprised that Renault hasn't done anything about it. Also, I think the company would do well to add the butch Adventure edition's bolt-on bumper on their top variant. That aside, the Duster is what I would call the perfect budget family SUV. 'Fill it, shut it, forget it', is a phrase Renault could rightly borrow from all those tiny commuter motorcycles.

More from OVERDRIVE on the Renault Duster AWD 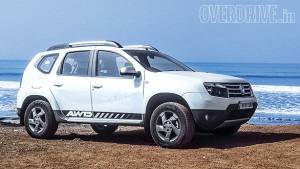