Harley-Davidson India introduced us to the joys of rebuilding a Milwaukee 8 engine just over a month ago and this time, they decided to take a new direction. Led from the front by Peter MacKenzie, MD, Harley-Davidson India and Vijay Thomas who heads marketing for H-D India, they hosted a two-day flat track riding school for us at the new John Singh Speedway that was created by Vijay Singh Ajairajpura of Rajputana Customs.

MacKenzie heads both India and China operations for Harley-Davidson and when he's not running the company is an enthusiastic enduro rider. The man showed up in his extremely colourful off-road riding gear and participated in the school and the races that followed it, showing us more than a thing or two. Between the races that he won, OVERDRIVE caught up with him for a quick chat. 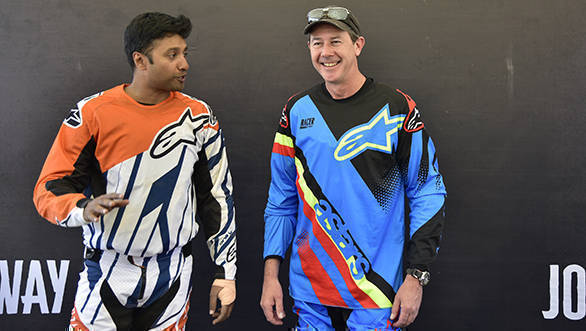 Harley-Davidson has had a rich history of flat track racing and we thought it would be good to expose India to that side of our story. India has already seen the on-road Harley experience and now we wanted to showcase the off-road side of it. Also, the idea is to highlight the simplicity of flat tracking as a sport and we believe that it can be really popular in India. 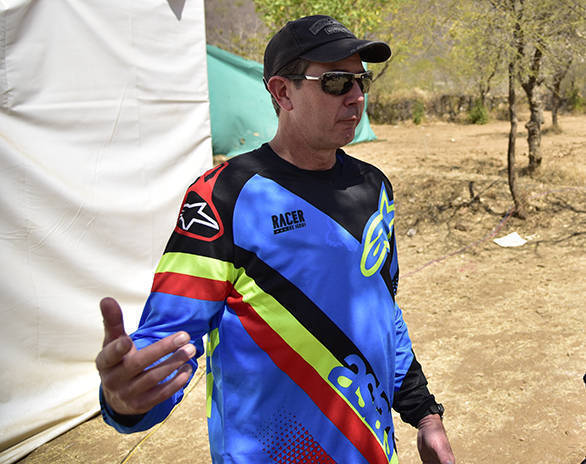 Peter MacKenzie heads Harley-Davidson India as well as China and apart from this, he's a passionate enduro rider as well

Can we expect Harley-Davidson India to offer a ready to go flat tracker to buyers? 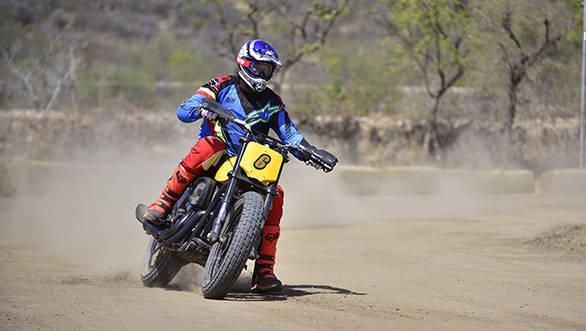 The first way to share it is to have all of you, actually. Spread the good word about how much you had here today and yesterday and enjoyed flat tracking. You know, flat track has the opportunity to pop-up anywhere. You don't need to develop a full-blown racecourse, as you can see, it's a dirt track, it can be arranged just by finding a suitable piece of land. So we hope that the world of flat tracking will continue to grow and people will become more active with it. And more flat tracks pop up across India. 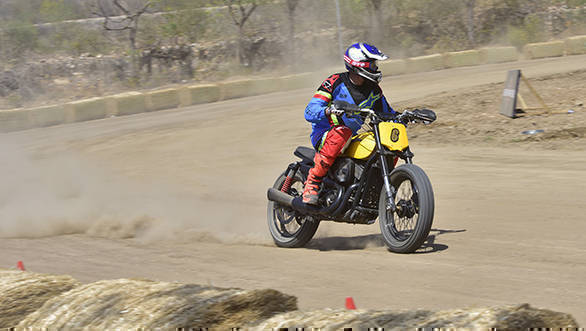 Are you a flat tracker?

Are you going to be the fastest today? [Before he went out riding for the first time] 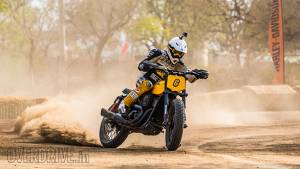 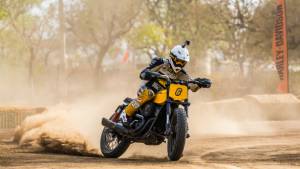