If there was an award for the most copied auxiliary light design, the Rigid Industries Dually or D2 would get it. Just type the words LED work light into AliExpress and it's the Clone Wars. But after I started using the outrageously good Denali D4 v2. on the Ducati Multistrada, I was looking for something that throws light even farther away. 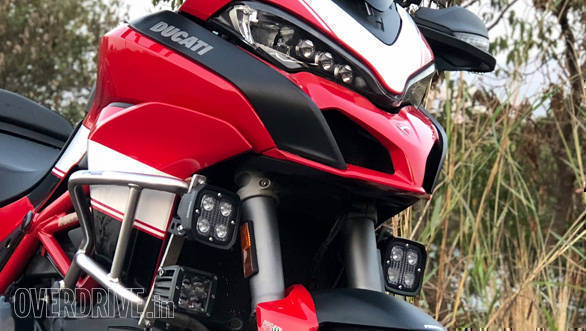 My research showed that there was a light pattern called the hyperspot that did exactly that. A hyperspot projects an extremely narrow beam, a 5-6° cone versus a 14-18° cone for a spotlight. The narrow beam means the light projects farther away although illumination on the sides is comparatively very little.

Since I was hesitant about this purchase, I stayed away from the expensive brands and zeroed in on the Rigids. They have an excellent reputation for being value for money.

What is it?
In the box is a very long set of wires - the Rigids often find themselves in off-road vehicles as well as trucks, a rather basic switch, two mounting clamps, two light pods, and nuts, bolts and washers.

The two light pods are 3-inch cubes. The hyperspots put out 3,300 raw lumens from four LED chips in each pod. Other beam patterns use six LEDs instead to offer more spread etc. The D2 SS or Sideshooters are a new design which further adds two LEDs each on the left and right vertical edges to offer more light on the sides too.

But because the beam is so narrow, the lack of lumens doesn't mean a weak light. The tight focus throws light very far indeed. Rigid reckons that the beam will throw enough light to read a newspaper a whopping 600m away. 600m! 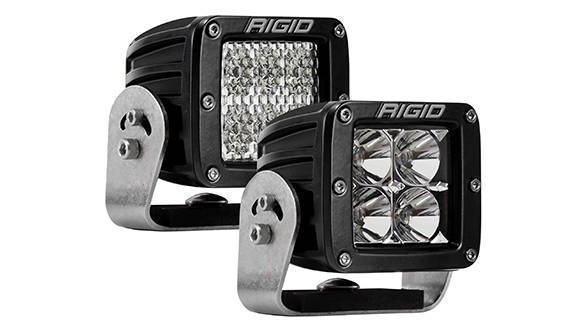 These 3-inch cubes are amongst the easiest of the lights to find on the market. These ones are the originals - Rigid Industries' Dually or now, the D2 series. They use between four and six powerful LED chips to produce stunning illumination

What we liked
I needed the hyperspot to do one very specific job. I tend to leave for the racetrack, a 1,500km run at 4am on each of the two days it takes me get there. I wanted the hyperspots to light up the distance so as to show me the road ahead so that I could average what I do in daylight on the deserted highway.

At 5am in the morning, leaving from Dandeli, I spotted something in the highway almost 15 seconds before I arrived at the 'hazard' which happened to be two aunties walking in the middle of the state highway holding hands. Morning walk, if you please. From the compact size, reasonable price and the light output, there's very little to complain about with the D2s. 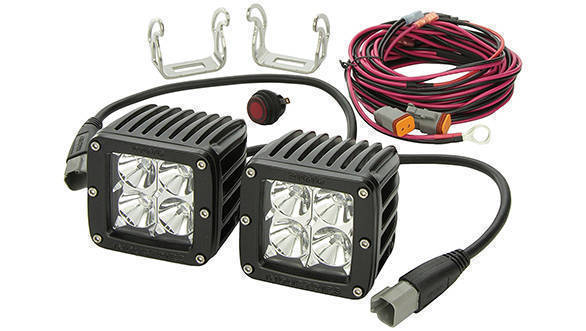 The Rigid D2 box cotains the lightpds, wiring, the relay as well as the switch and mounting hardware

What we didn't like
In terms of equipment, the D2's switch is ultra-cheap although it works well enough. I ended up using the spare switch from my Denalis for them.

In terms of light output the D2s are brilliant but their power and focus also means that you cannot really turn them on most of the time. I am okay with this, because they were added for a very specific purpose. 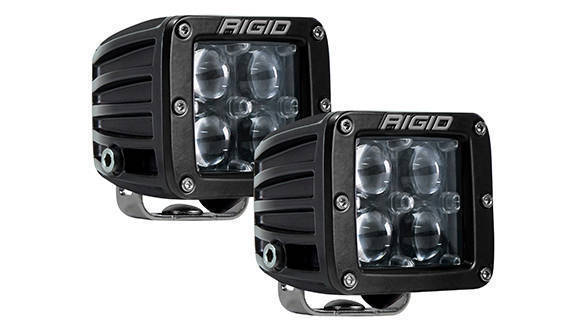 There are many people who sell Rigid's lights here and Dually/D2s tend to be priced around the Rs 20,000 mark. You will need to spend some money on mounting hardware. And in terms of packaging, the wiring is extremely long and requires a fair amount of planning if you're not going to cut it to a shorter length - I didn't. That aside though, they're solid value. The light is powerful and you get amber as well as black clip-on filters. If you're looking for relatively good value in branded auxiliary lights, you cannot do better than the Rigids. Be sure to look up their website before you decide though. The company makes a super-wide array of lights in shape and size and in power and beam patterns. 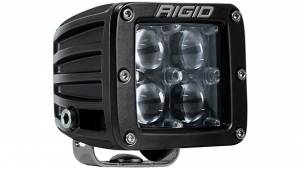