The Forma boots are one of the cheaper adventure touring style boots in India. Bert and I both wear a pair. My primary criticism has been the soft sole that I would prefer was harder. Sweat-foot Bert's complaint has been that the boot is just too hot to wear in the Mumbai summer. And now, after putting my pair through literally tens of thousands of kilometres of riding, I've managed to test their crash protection as well. 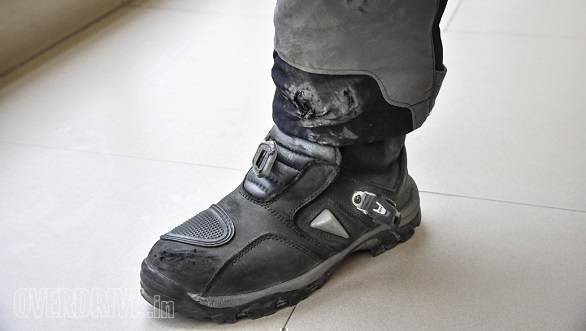 Honestly, on the day of the crash, if I had my race boots - the TCX RS2-Evos - on, I might have suffered even less damage. However, to the Forma's credit, they've done rather well.

They kept all the little bones in my feet from being damaged in any way. The heavy scrapes on the toe and on the raised little nubbin on the outer instep also offered some protection. A tear on the pants and the broken lowest buckle suggest there was an impact across the top of the ankle joint as well, which also failed to penetrate the defences. The upper part of the boot was under the Dainese pant leg and it's come through entirely unscathed. 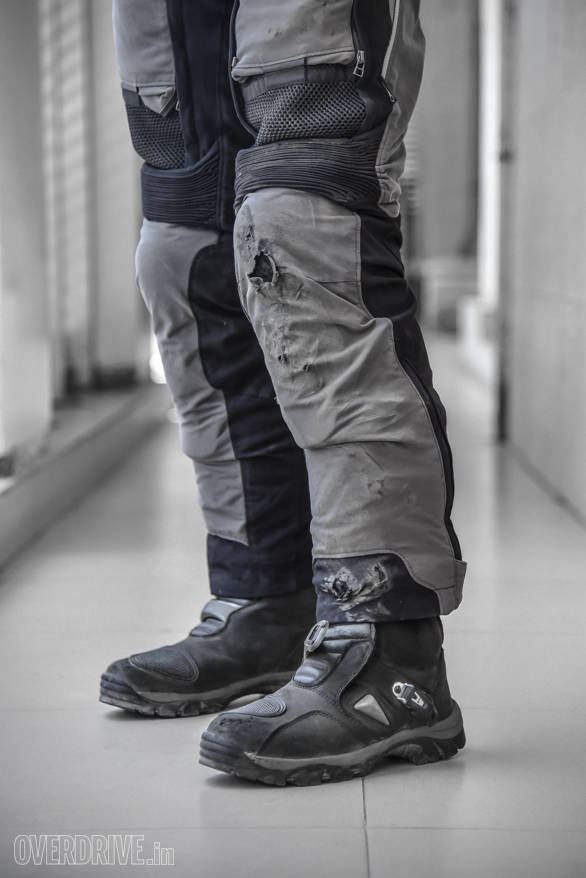 I can promise you that the boot is still waterproof and fully useable. Order a buckle and we'll be nearly as good as new! That to me is solid value when it comes to a good all-round motorcycle boot. It looks good, is comfy and is waterproof, and it works as intended in a crash as well! 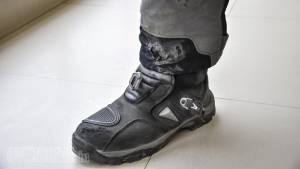 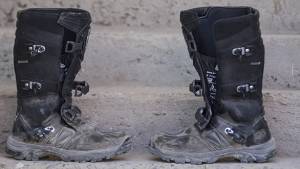 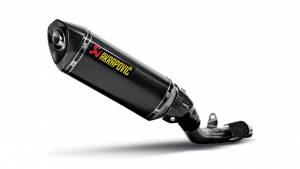