For an entry-level helmet, the Axces-II packs some serious punch. It uses a Super Fibre Laminate (SFL) shell that is lightweight yet strong. It features excellent venting with chin, top and brow vents with a rear exhaust port as well. It also gets one of the widest aperture openings among helmets with a Super AdSis I visor that Arai claims only takes a few seconds to change. Like all Arais, it has removable cheekpads and a washable interior. 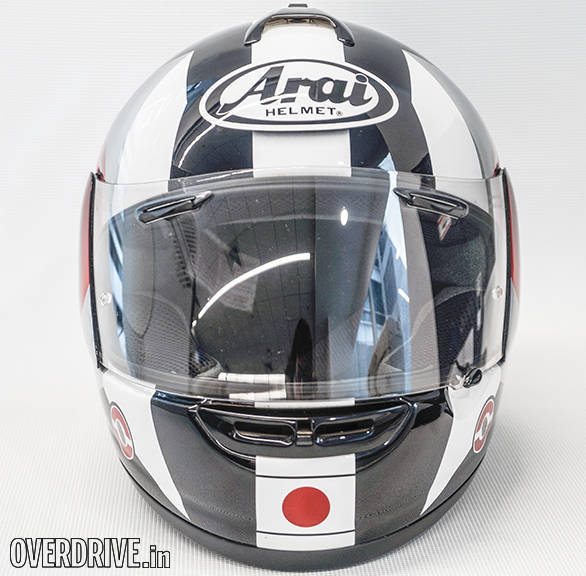 How does it feel to use? The liner is super soft and the helmet itself is one of the most comfortable helmets I've worn. It is not a light helmet and at around 1.5 kg, it is much heavier than my old Airoh. But the Arai masks its weight very well. It is incredibly balanced and you never feel any strain on your neck. The five vents flow large amounts of air through the helmet. The chin vent needs special mention. It has two positions which direct air to either your face or onto the inside of the visor. 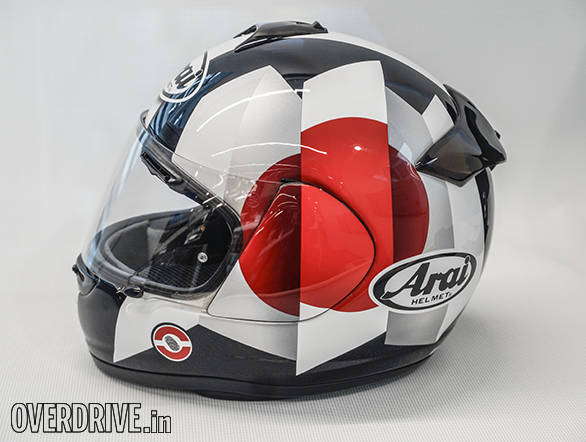 The Axces-II, and all other Arais, has the best quality of paint I have ever seen. I have the Tribute design, but some of the other colours, especially the Flow Green, are quite striking.

Now the complaints. The first grouse that I have with the Axces-II is that, thanks to the side pods sticking out of the shell, the helmet can get a bit noisy. This is easily sorted out with ear plugs though, so I won't cry about it too much. The second is the visor changing mechanism. As much as Arai claims that it is a super quick mechanism, it is still very complicated for me. 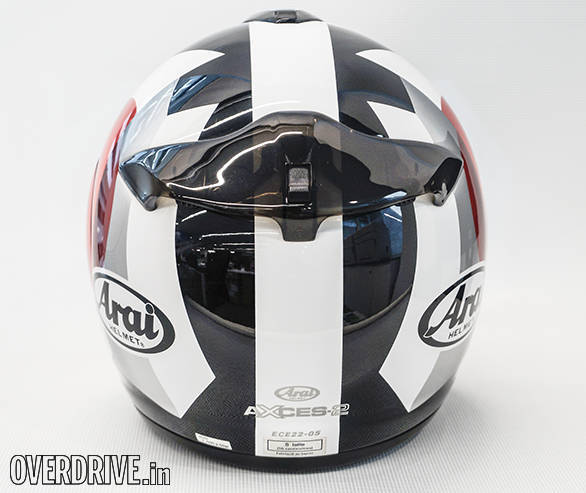 Theoretically, all you have to do is lift a tab at the base of the side pod, pull the visor out, slide the visor in between the side pod and shell and shut the visor. In real life, since you cant really see inside the side pod, you never know whether the mechanism is aligned properly or not. Over the few months that I have been using the helmet, I have gotten better at it, but it is still a lot slower than the HJC and Shoei visor changing mechanisms. 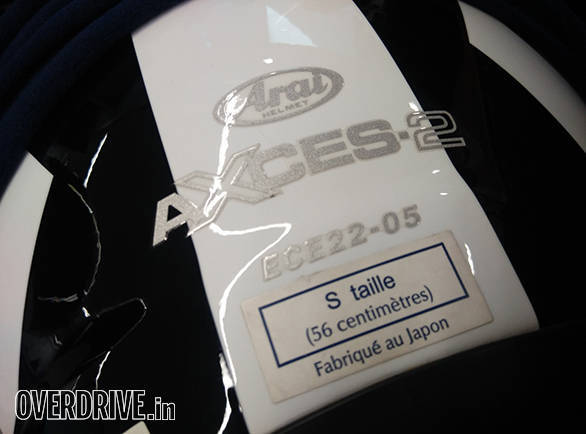 On the whole though, for an entry-level helmet, the Axces-II doesn't feel like one at all. Maybe that's why, at Rs 48,000 it isn't priced like one either. 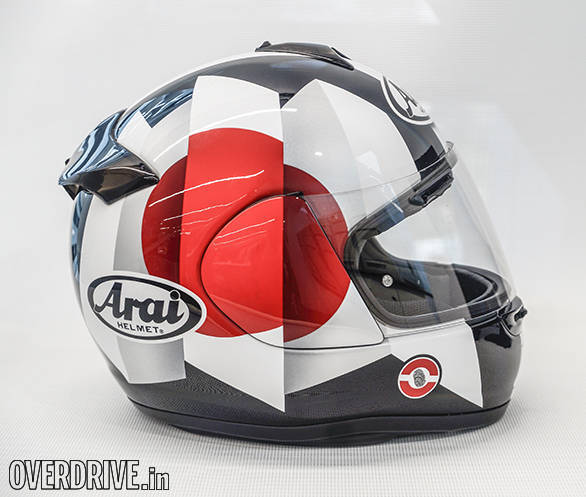 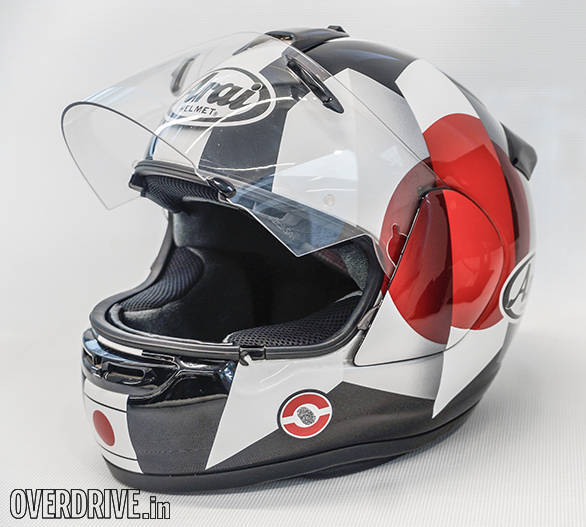 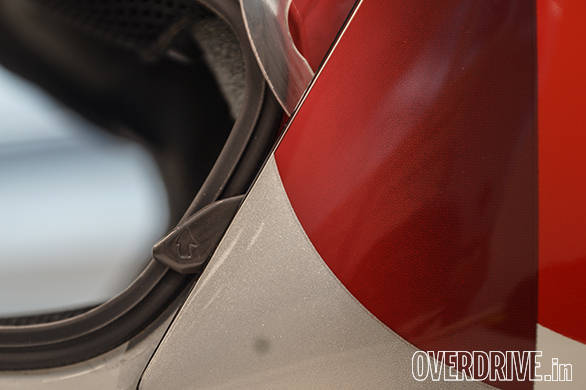 The visor removal mechanism takes some getting used to, but once you do, it's really quick 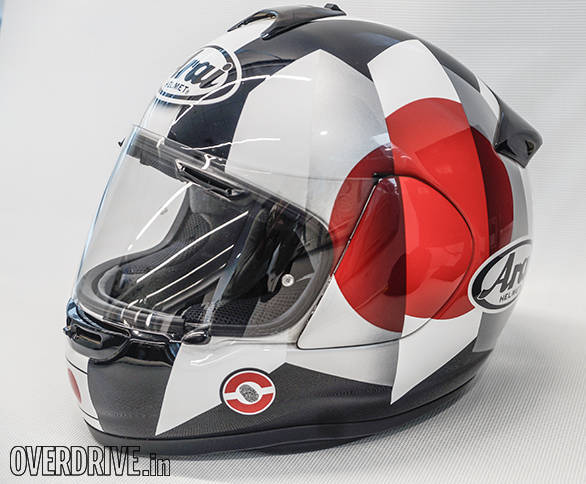