After the massive growth in popularity of the European Rallycross Championship and the Global RallyCross Championship over the decades, the FIA is looking forward to start its very first World Rallycross Championship which kicks off this weekend at Montalegre, Portugal. The newest and most exciting World Championship is set to create a major splash in the world of Rallycross with races in Portugal, Great Britain, Norway, Finland, Sweden, Belgium, Canada, France, Germany, Italy, Turkey and Argentina. 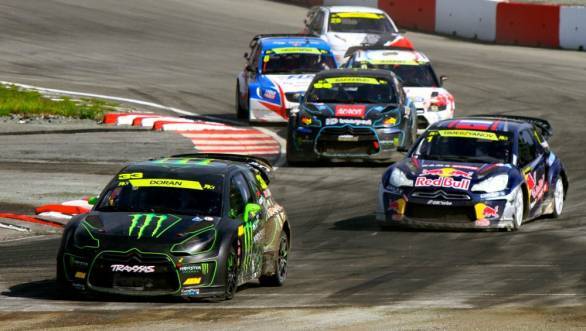 The World Rallycross Championship 2014 kicks off this weekend

As the name suggests, Rallycross is a mix of rallying and supercross. In other words, as cars race against the clock on open roads or closed stages over long distances in rallies, Rallycross involves boosted production-based vehicles competing against each other on tight track which is filled with obstacles such at tight turns, gravel-laden roads, hills and pavements. Essentially Rallycross combines the thrill of racing, rallying and supercross. Just the thing for motorsport nuts, then! 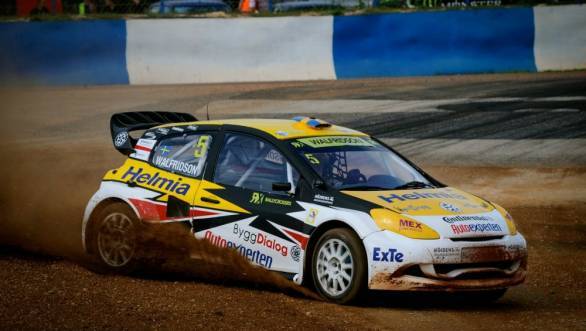 Teams to look forward to

After the FIA approved the creation of the new event last September, a lot of teams and drivers from both current popular Rallycross Championships have come forward and confirmed their involvement in the World RX Championship with many permanent entries as well as entries from drivers whose teams won't be able to score points at the event. The World RX Championship 2014 involves four competitive constructors who will slug it out across the 12 circuits including, Volkswagen, Ford, Peugeot and Citroën. Other participating constructors include Audi, Ford, Renault, Saab and koda among the bigger names. 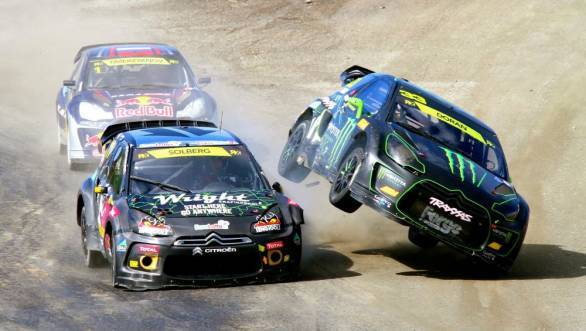 Drivers to watch out for

The World RX Championship in its maiden year will see top names as far as Rallycross racers go, with the likes of Liam Doran, the Briton who is a former X-Games Rally Gold medallist; 1995 Indy Car World Series and 1997 Formula 1 champion veteran Jacques Villeneuve and the experienced 2003 European World Rally Champion Petter Solberg battle it out for the Championship. Other competitors include 2012 European Champion Timur Timerzyanov,  former race winner Koen Pauwels and formidable youngsters in the form of Timmy Hansen, Andreas Bakkerud and Anton Marklund. 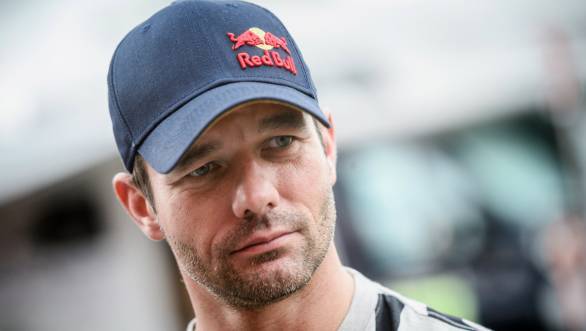 But what is most interesting is the list of non-scoring drivers looking to experience the World Championship. These drivers will not only make this years World Rallycross Championship the most competitive, but will also attract maximum viewers. The names include Mattias Ekström twice DTM champion and thrice winner of the Race of Champions, 23-year old reigning Junior WRC champion Pontus Tidemand; TouringCar rallycross star Robin Larsson; team owner, driver and entrepreneur René Münnich; hugely popular American Ken Block who has 10 years experience rallying in North American Rally, 41-year old Norwegian Henning Solberg who has the experience of competing in 108 rallies since 1998. And one of the most decorated rallyists who has two Formula D Drift titles, is an X Games gold medallist, and has two Global Rallycross titles under his belt - Tanner Foust.

Scoring Pattern at the World RallyX Championship 2014
The event itself follows the usual pattern of the Global and European Rallycross Championships. This comprises of practice sessions, four qualifying heats, two semi finals and a final. Joker laps are also included in all the races which add a minimum of two seconds to a lap. Every driver is entitled to take the joker lap once in a race failing which there are major penalties. Championship points can be scored at three stages of the race with a maximum of 30 championship points up for grabs. The top 16 drivers after the four qualifying heats score points starting from 16 for the best placed decreasing with position to one point for 16th place. The top 12 progress to two six car semi-finals in which points - six for the winner to one for 6th place - are awarded. The top three from each semi-final then enter the final. The winner of the final bags 8 points with the driver coming in second getting 5 points decreasing by one point thereafter with every fall in position.

The team's Championship will include all points scored by the two team drivers at all events. At least one driver in a team must start in all 12 events. The second car can be driven by different drivers and will score points for the team no matter who is driving. All in all a very competitive setting for the very first World Rallycross Championship for what claims to be the fastest growing motorsport in the world.