It's been close to two years since the old Duster left the OD garage. We had to return the SUV back to Renault eventually and ended up driving 40,000kms in a span of just eight months. The Duster is a true workhorse and a great vehicle for touring. We hoped Nissan would give us the Terrano, since it is based on the Duster after all but that never happened. However, just in time for Christmas, Renault handed us the keys to our all-wheel drive Duster.

The AWD variant is smart to look at but we still can't understand why only the 2WD variant gets the adventure exterior pack. Inside, the cabin feels slightly more up market but missing is the rear air-con vent and leather upholstery seen in the 2WD RXZ(O) trim. There is still no dead pedal and the driver seat continues to move especially while braking. The fully independent rear suspension allows even better ride quality. Since the spare wheel now moves under the boot, total space has reduced but only slightly. 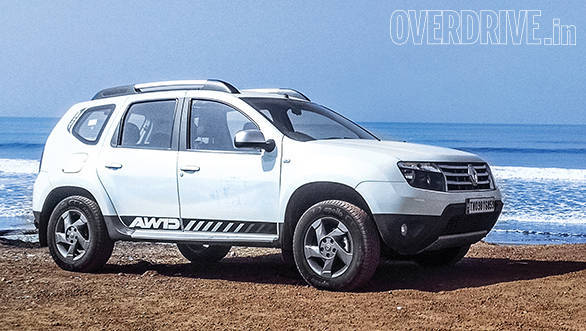 Just like our previous Duster, this one too has immediately started touring. After picking it up in Chennai, we drove straight to Mumbai. Later, we loaded it up with equipment and luggage and headed down south to Coimbatore for the 24-hour challenge. As soon as the Duster got back to Mumbai, Rishaad borrowed the SUV and left for Goa. As a result, the SUV has already clocked a little under 6,000km in just two weeks.

This Duster also features navigation and cruise control that does come in quite handy and seems to work well. Since we only drove on the highway, the AWD system was never put to test but expect to read more on it soon. The Duster is finally back in Mumbai but Bert wants to drive it for a few days and later the boys are going on another epic roadtrip! Looks like I'll have to wait longer now. 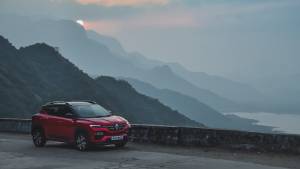