Connected cars, intelligent mobility - words that signify a scary future. We humans are programmed to be naturally averse to change and like it or not, there's a sea change coming. Three centuries of ceaseless industrialisation and earth is at the tipping point. As more and more nations come to terms with the irreversible damage we're doing to our planet, the end of the internal combustion engine looms ever largerDepressing, isn't it? Absolutely, we don't call ourselves petrolheads for nothing! But just as we're hardwired to dislike change, we do an even better job of adapting to it. That's why Nissan invited us to Japan, not only to experience what's in store for the future, but to prove that there's potential for it to be fun as well. 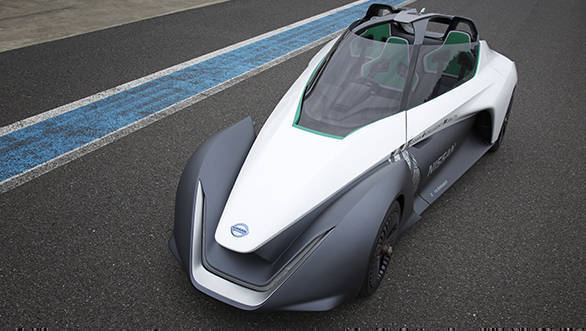 The Nissan BladeGlider concept is a stab at proving that electric sportscars can be fun. It won't make production but shows the way forward

Among the many EVs in Nissan's current line-up that we experienced, including the fully electric Leaf, it was the most unassuming looking car that impressed me most. Take a look at the orange Nissan Note on the following page and you probably won't bother repeating. In the Japanese market, this Honda Jazz-sized car was just another fish in the sea until November 2016. That's when Nissan launched the e-Power variant and in the short span of three months, the Note was on the top of Japan's sales charts. Sparking the huge surge in sales was the introduction of this new e-Power drivetrain. Simply put, the petrol engine is used solely to charge a battery pack, which powers an electric motor that in turn propels the front wheels. This essentially makes the Note e-Power an electric car that never needs to be charged. Since the engine runs at optimum revs (around 2,500rpm) depending on load, efficiency is a fantastic 37.2kmpl.

Clever engineering with the regenerative brakes means that lifting off the throttle progressively slows the Note to an eventual standstill. Approaching traffic lights, you lift off the accelerator early (timing is key here), roll to a stop and simply keep your foot off the accelerator. Even in Drive mode, the car stays in place until you press the accelerator again. We got a short drive in the Note e-Power and discovered the deceleration is progressive and doesn't feel strange or scary. Nissan claims that in Tokyo traffic, it results in up to 70 per cent less brake usage. In Japan, the e-Power variant sells for about Rs 2 lakh over the conventionally powered Note. 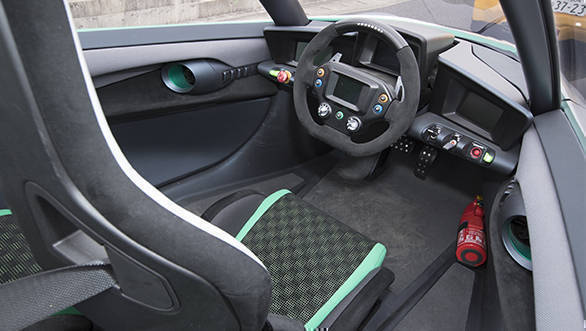 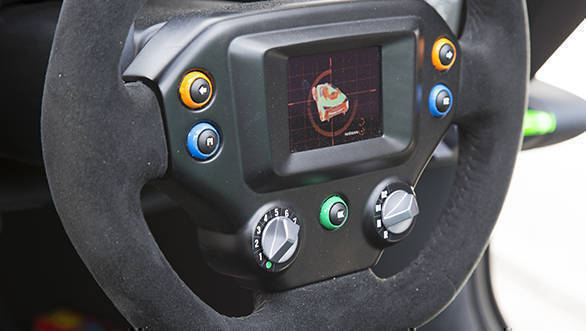 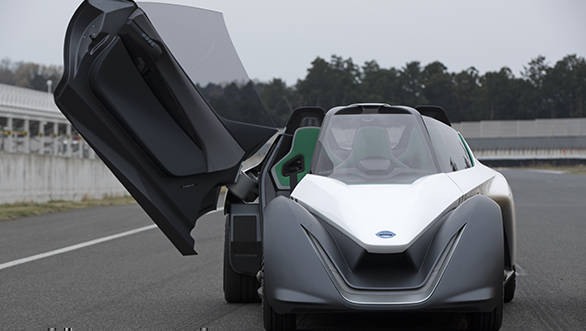 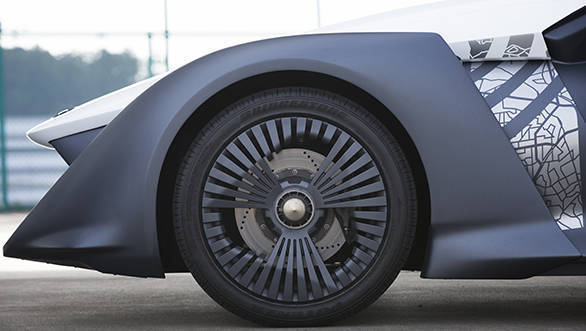 Such technology would work wonders in India, wouldn't it? Pure EV drive without the need for charging infrastructure. I asked Nissan what the chances are of localising the technology for developing markets such as ours. Mine was the only question that Daniele Schillaci, head of Nissan's global marketing and sales division, apologetically said he was not able to answer. Interesting.

Alongside drivetrain development, Nissan is also working on making autonomous driving tech more mainstream. Interestingly enough, their Pro Pilot tech is what has catapulted the Nissan Serena, a UV one size larger than the Evalia to second place in Japanese domestic sales, right behind the Note e-Power! Pro Pilot uses an advanced camera that aids the car in holding a single lane on the highway while maintaining distance from vehicles ahead. Pro Pilot still requires the driver to keep both hands on the wheel, but it will make all steering inputs necessary to stay within a lane. Changing lanes temporarily disables the system till it recognises the new lane and resumes function while braking turns the system off. Nissan aims to make Pro Pilot a multi-lane system by 2018. Like with many such systems, clear road markings are vital, so don't hold your breath for Pro Pilot in a Terrano just yet. 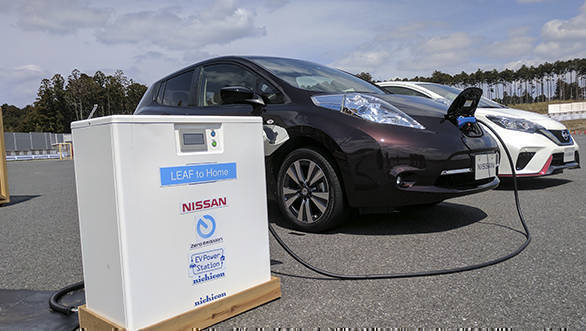 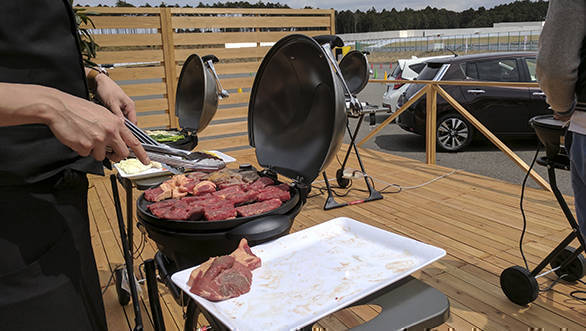 The Leaf-to-home technology lets you charge your Leaf at night when power rates are low, and the car returns power to your house during the day. Our lunch was cooked with Leaf power! 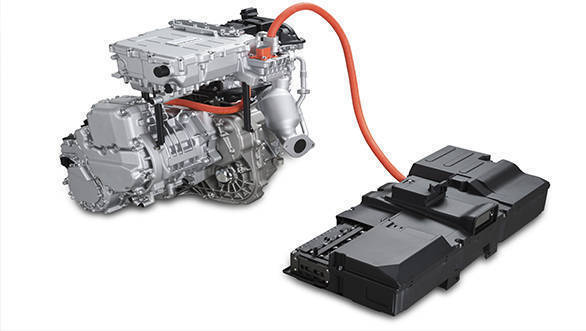 Now, a look to the further future. That's where the BladeGlider concept and Nissan Leaf NISMO RC come in. The BladeGlider is a concept Nissan originally showed off in 2013 to much acclaim. Last year, the company showed off an updated drivable concept and this is the version we experienced. Since there are only two in existence, we were given taxi rides but even from the two rear seats, the potential is clear. With it's innovative three seat layout and unique triangular design with a narrow front track, the BladeGlider seems inspired by the Nissan ZEOD racecar. The BladeGlider weighs a reasonable 1,300kg and packs a 268PS/707Nm electric motor. This rear-wheel-drive machine can shoot from 0-100kmph in less than five seconds and tops out at 190kmph. The instant torque surge is a wonderful feeling, and the BladeGlider accelerates enthusiastically from corner to corner. Clever real-time torque vectoring between the rear wheels allows eye-opening corner speeds, nearly as high as the GT-R we had a taxi ride in a while earlier. All this with only the rush of wind over your head. 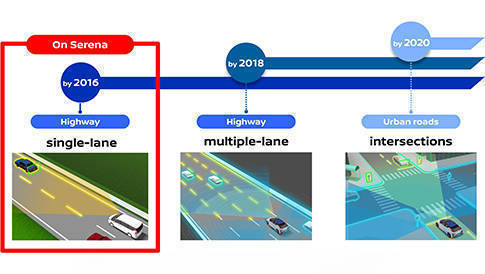 This graphic shows the expected timeline for Nissan's Pro Pilot technology. The Serena we drove could hold its own lane at highway speed

The Leaf NISMO RC, meanwhile, uses the stock drivetrain from the road-going Leaf EV housed in a bespoke racing chassis. We were allowed to drive this one over two laps of the small but lovely Sodegaura Forest Raceway. The experience here was mostly about the sharp handling from the racing chassis as the Leaf drivetrain doesn't have either the pace or range to make for a serious racecar. It does look sensational though and is a great poster child for a future racing EV. 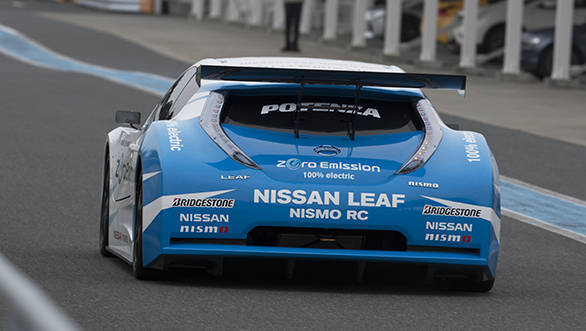 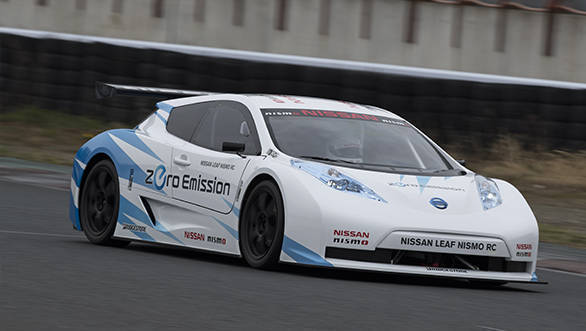 Finally, Nissan also showcased some clever use of its Leaf-to-home technology. The system works on the premise that electricity rates are lower at night due to lower consumption. The car charges to full overnight and then sends power back to your house during the day, thereby reducing your power bills - think of it as a giant power bank. In a cool demonstration of the technology, the entire presentation area and even the electric barbeques that cooked our lunch were powered by a couple of Leafs parked outside.
From my experience in Japan, EVs are very close to become practical mainstream alternatives to internal combustion vehicles. From a pure transportation standpoint, after having driven cars like the Leaf and Note e-Power, I'm already a convert. They're cleaner and quieter, and the instant torque makes them nice to drive too. The key point is that they are fast approaching the stage where they're practical enough to be considered 'normal' cars.

However, that's solely in an A-B commuting scenario. As far as driving enjoyment goes, concepts like the BladeGlider prove the potential for thoroughly enjoyable electric sportscars as well. Still, battery technology has to further develop in terms of power and energy density as well as cost before an EV sportscar can be light, powerful and affordable enough. As for the musical instruments we call exhaust pipes, we've probably a couple of decades or so before they cough out their final act. Enjoy it while you can. 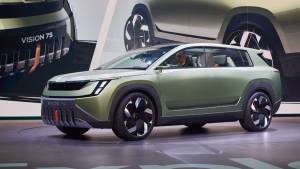 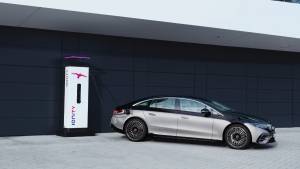